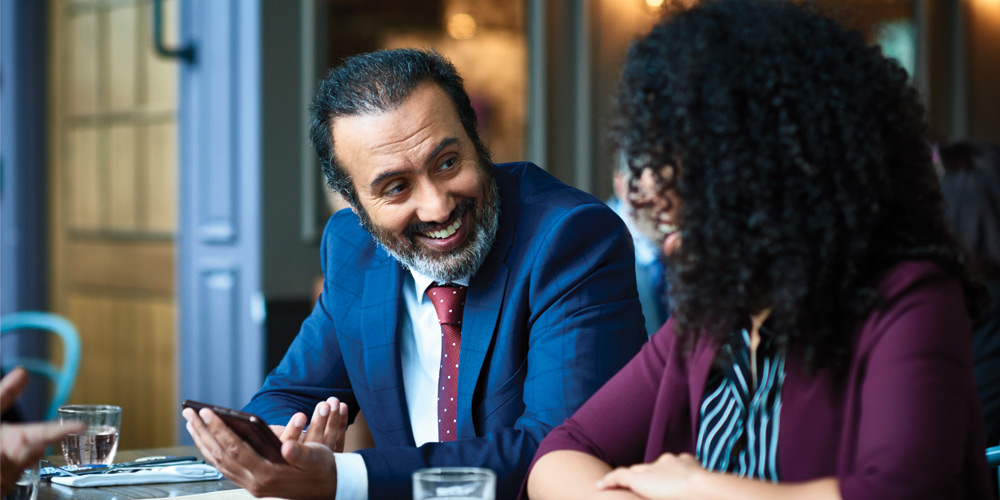 Say the words “unconscious bias training” these days and you’re likely to get some instant feedback — much of it not so positive.

Over the last few years, questions have been raised about the efficacy of diversity and inclusion training. Financial Times columnist Pilita Clark noted that “there is little evidence it changes behaviour.” In these pages, David Rock and Heidi Grant Halvorson discussed research suggesting such training can even backfire, making people more biased. Mastercard’s chief inclusion officer told Quartz that the term unconscious bias training drives him “up the wall.”

I understand the frustration. As a speaker at conferences focused on diversity, I’ve had to sit through more than my share of sessions in which trainers put the participants through exercises that are apparently supposed to disclose unconscious biases, but instead just leave everyone confused.

Once, participants were asked to respond instantly to a slew of words including black and white, instinctively deciding whether we considered them “good” or “bad.” Huh? I like it pitch-black at night, but some people don’t. And I had enough snow growing up in Albany, N.Y., to last me a lifetime, so I don’t miss the white stuff at all. Do those memories count? Many of us (of different races) throughout the room just looked at each other perplexed, having no clue how this could possibly lead to anything productive.

Still, as PwC has noted, unconscious biases are a real problem. They can affect decision making and should be addressed.

To that end, I’ve found that a simple step I began taking years ago as a journalist can be transformative. And as I’ve taught it and discussed it with people at all levels in various businesses, I’ve received positive feedback.

Ask what you know

When you say that to yourself, you force your conscious mind to realize that you may be making assumptions about someone — perhaps based on gender or skin color, but also based on all sorts of other factors. Maybe it’s the clothes or shoes they’re wearing, or the accent they speak with. Without realizing it, you might associate these things with other people you’ve known in the past, images you’ve seen in the media, or stereotypes you’ve heard or absorbed over time.

In the workplace, when you’re considering someone for a project or a promotion, turn that mantra into a question: What do I know about this person? You may have a feeling that this person is someone you do or don’t like or connect with, or a sense that this person “is ready for” and “deserves” the opportunity. Guided by that sense, you can easily pick and choose facts from their experience and work records to reinforce your decision.

But when you start only with facts, a different picture can emerge. So drill down exclusively on what’s concrete. What projects did this person take part in or help lead, and how successful were they? What do the 360-degree assessments of this person show? What demonstrable impact did this person’s work have on sales, revenues, morale?

Sometimes, the facts will back up a general sense that you have, or a description that someone else gave you. For example, as Lawrence M. Fisher once explained in strategy+business, “Someone might assert that ‘John is flaky,’ but an assessment is, by nature, a more reliable description of reality, since it is based solidly on observation: ‘John has missed his last three client calls.’”

But at other times, when you focus on the facts, you’ll be surprised by what you find.

When I work with companies, I often find that focusing on the facts helps them overcome unconscious assumptions about caregivers. For example, many employees are seen as less capable, competent, and committed to work after they have children, which hampers their careers. This happens to both women and men.

Many employees are seen as less capable, competent, and committed to work after they have children, which hampers their careers.

As MenCare’s State of America’s Fathers 2016 report found (pdf), some new dads receive increases in salary and are put on a faster track for promotions because employers “see fatherhood as a marker for traits like loyalty and responsibility.” But this only applies when these men make clear that their primary focus is work. “Those men who want to be fathers in a more meaningful, active, and involved sense, and who seek to balance their home and work priorities, soon find that the ‘daddy bonus’ flips to become the ‘daddy stigma.’”

This is often due to unconscious judgments by bosses. But when they look at facts instead, they discover that men and women are doing just as terrific a job in their careers even after they commit to finding work–life balance and integration. There’s no tangible, legitimate reason to see them in a negative light.

So although skepticism is warranted regarding many of the approaches to conquering unconscious bias, there are solutions that work, and it is important to take the time and effort to find them — and separating fact from assumption is the right starting point.