Although diversity and inclusion training is prevalent in corporate America, its impact is inconsistent. According to the evidence, sometimes the programs even have the opposite effect of what they intend. One 2016 study of 830 mandatory diversity training programs found that they often triggered a strong backlash against the ideas they promoted. “Trainers tell us that people often respond to compulsory courses with anger and resistance,” wrote sociologists Frank Dobbin and Alexandra Kalev in the Harvard Business Review, “and many participants actually report more animosity toward other groups afterward.”

The problem is not with the programs themselves. They make a strong case for valuing differences — not just because it’s the right thing to do, but because it leads to much higher levels of performance. Inclusive companies have a demonstrated advantage, both in financial performance and in general levels of innovation, and being around others from different backgrounds has been shown to make people more creative and hardworking. Drawing on multiple perspectives leads teams to see a greater number of solutions to problems. The training itself is increasingly well-designed, sound in its messages and convincing in its delivery.

Why, then, does it spark a backlash? The answer has to do with biases deeply entrenched in most people’s patterns of thinking — attitudes not about race or gender per se, but about the nature of autonomy and choice, and about group membership. The political conflicts around “political correctness” and inclusiveness stem from the same cognitive issues. That in itself makes the negative reaction to inclusion training a worthy subject of study. If businesses can’t create an environment where their employees from diverse backgrounds feel like they are treated equitably, how can we expect society at large to do it?

Diversity and inclusion training came to corporations in the 1970s and 1980s, when it became clear that a biased environment — one in which people felt unwelcome because of differences in ethnicity, gender, age, national origin, disability, sexual orientation, education, or religion — affected performance and held entire companies back from achieving their potential. Diversity training involves hiring practices and helps ensure legal compliance. Inclusion training focuses on creating the kind of unbiased atmosphere and broad leadership opportunities that will attract diverse employees to stay.

All of these programs directly address the problem of bias. But the unfortunate truth is that you can’t eliminate bias simply by outlawing it. Most people don’t like being told what to believe, and anything that feels like pressure to think a certain way makes people want to do the opposite.

In a study published in 2011, “Ironic Effects of Antiprejudice Messages,” participants were divided into two groups — an autonomy group and a control group — and asked to read a brief antiprejudice essay. The autonomy group read an essay that emphasized individual choice, explaining why open-mindedness is a more joyful way to live. That essay contained statements such as “When we let go of prejudice, the rich diversity of society is ours to enjoy”; “You are free to choose to value nonprejudice”; “Only you can decide to be an egalitarian person”; and “Such a personal choice is likely to help you feel connected to yourself and your social world.”

The other group read an essay that told them what they should think, emphasizing that discrimination is “prohibited.” It included statements including “Employers have an obligation to create a no-prejudice workplace”; “We should all refrain from negative stereotyping”; and “It’s something that society demands of us.”

People with authoritarian personalities tend to become more racist when faced with the inclusion message, not less.

Before and after reading the essays, participants took a multiple-choice exam designed to test their biases. Participants who read the autonomy essay displayed less prejudice, as expected. But participants who read the control essay tended to test as more prejudiced than they had before. Reading the demands set off what the researchers called a “counterresponse to threatened autonomy”: a backlash. In other words, employees need to feel that they’re freely choosing to be nonprejudiced, not that they’re having it forced upon them.

Backlash is also triggered by the message that differences among people are valuable. There is a deeply tribal aspect of human nature that reacts negatively to this message. People naturally divide the world into “us” versus “them,” and when you meet someone new, your brain instantly categorizes them either as an outsider or as one of your own. That tendency is so ingrained that dividing people into groups leads individuals to discriminate against out-group members even when the division is based on something as arbitrary as a coin toss.

Equally ingrained is the tendency to classify people as members of the out-group based on race or ethnicity. Studies show that when individuals see facial images of people from an ethnic background different from their own, it often activates the amygdala more than seeing people of the same ethnicity. (The amygdala is associated with strong emotions, including happiness, fear, anxiety, and sadness.) This spike in amygdala activity correlates with implicit measures of racial bias.

Emphasizing the value of ethnic diversity can have the unfortunate side effect of amplifying these tribal tendencies. Studies have shown that when countries pursue multiculturalism policies, many people become more racist and more hostile toward immigrants. Laboratory studies have also shown that watching a video celebrating multiculturalist values can increase viewers’ levels of prejudice against immigrants.

In her book The Authoritarian Dynamic, Princeton University political psychologist Karen Stenner argues that people with authoritarian personalities — those valuing strong and forceful control of situations and society — tend to become more racist when faced with the inclusion message, not less. “Well-meaning programs celebrating multiculturalism…might aggravate more than educate, might intensify rather than diminish, intolerance,” she writes. Even for those with less authoritarian personalities, highlighting cultural differences may not in itself decrease bias. Tribalism is part of human nature, and any effort to pretend it isn’t or to change that reality will be perceived by many as a threat against the in-group. When that happens, hostility kicks in.

When people perceive one another as members of the same in-group, racial bias — and possibly other forms of bias — tend to melt away.

But although the us-versus-them mind-set is probably unalterable, the habit of defining those lines according to race, gender, ethnicity, or sexual orientation may not be. For example, the research of Jay Van Bavel, a social neuroscientist at New York University, suggests that there’s nothing special about race as a mental category. When he and his colleagues at NYU randomly assigned people to two arbitrary mixed-race teams, the importance of race decreased in their minds: Brain scans found that their amygdala activated when participants viewed photos of their own team members, regardless of the individuals’ race.

In short, when people perceive one another as members of the same in-group, racial bias — and possibly other forms of bias against groups of people — tends to melt away. Thus, the way to increase inclusion in the workplace is to make everyone feel like they’re part of the same team.

Many studies support this idea, at least implicitly, and one way to create an in-group feeling among people is to establish shared goals. Inclusion programs can make a start by creating teams whose members matter to one another because they’re part of the same in-group, pursuing the same interests. Focusing on common goals, and a common identity, will be critically important for eliminating bias — both within the enterprise and in leading the way for society at large. 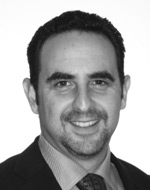 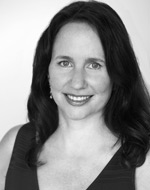 Heidi Grant is a social psychologist, the associate director of the Motivation Science Center at the Columbia Business School, and a senior consultant for the NeuroLeadership Institute. 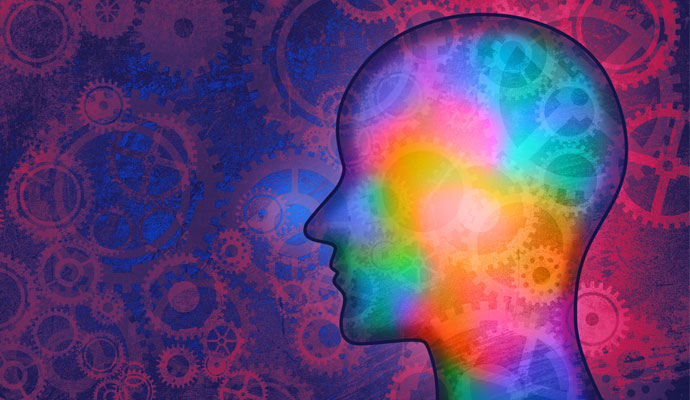 Pay attention to your attention
University of Miami neuroscientist Amishi Jha explains why and how leaders should hone their meta-awareness.
by Theodore Kinni
Digital issue