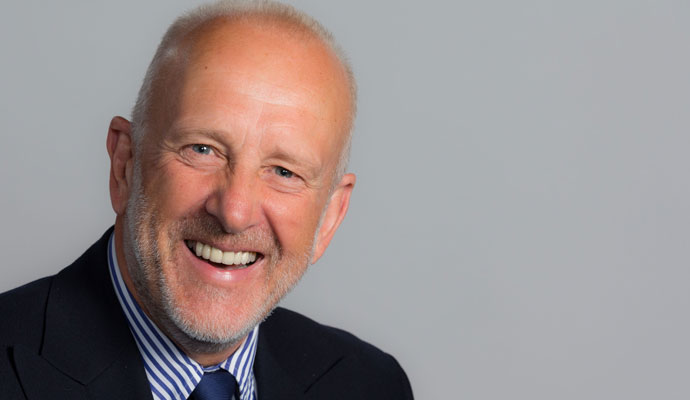 Warburtons is a traditional family-owned business. Run by the Warburton family since it was set up as a bakery in the English town of Bolton in 1876, it is now the largest bakery in the U.K., with 12 bakeries, 14 depots, and 4,500 employees. Although its core product is still bread — accounting for about 70 percent of sales in a country that is the world’s largest per capita consumer of sandwiches — the company has expanded its offerings to bagels, crumpets, potato cakes, and gluten-free products. In the decade up to 2015, Warburtons spent £400 million (US$555 million) on new technology and upgrading factories — and the company continues investing.

Management is now in the hands of fifth-generation family member Jonathan Warburton and his cousins Ross and Brett. That is a remarkable feat, because as U.S. research has shown, only about 30 percent of family companies make it to the second generation. The transition from the previous generation to the current team of Warburton family managers offers useful lessons for other family-owned businesses at a time when business models face the twin challenges of disruption and rapidly evolving shifts in consumer behavior. Warburton recently sat down with strategy+business to talk about succession planning, leveling the playing field to attract talent, and investing for the future.

S+B: As a fifth-generation family business, you have learned how to navigate management transitions. What has Warburtons learned over the generations?
WARBURTON: We think an awful lot about mitigating failure in transitions. When you look back at what happened in the previous generation, it was a slightly strange experience. My father was the eldest, and in his early 60s he said, “I want to go and play golf. I am going to retire.” He knew that he couldn’t go without corralling his brothers and his cousin into the same decision. So, highly unusually — and full credit to them all — they all retired and left on the same day.

“If we’re going to attract and develop the best-quality management who are non-family, they have to believe that they’re being given a fair chance.”

But before that, they’d put in place a level of professional management. The new chairman was a non-family member. This worked really well; it allowed us [a time when] our parents were still around, but not actually coming into the office every day. Over a five-year period, almost every year one of those professionals, who were all board members, retired. Slowly but surely, myself, Ross, and Brett — my two cousins — moved into management. The reality is that there is no one-size-fits-all. You have to cut the cloth according to your own business.

S+B: How have you handled the transition to the next generation?
WARBURTON: We had our first intergenerational meeting last April, using it to introduce the next generation: two women in their 30s who are married with children; and my four children, Brett’s daughter, and Ross’s son and daughter, all of whom are between 19 and 26. We said to them that if they were interested in coming into the business, they’d have to do a stint over their university or school years doing two weeks or so of toil in the bakeries — which is what we did as kids. Once they had that under their belt, they would need to go and get some experience elsewhere.

Our philosophy is that they don’t have to go to university. My youngest son, for example, is 19 and hasn’t gone to university; he didn’t want to. It would have been a waste of his time. Most of the others have done business, geography, or language degrees. They’re all working and earning a crust in other businesses. At some stage, if they’re interested in coming in, on the back of perhaps three to five years of external experience, then we will look at the right opportunity for the business and for them. But we feel strongly — and they must understand this — that they cannot have an inherited life. In other words, they cannot inherit an automatic role in the business.

S+B: How does this mesh with developing non-family talent?
WARBURTON: If we’re going to attract and develop the best-quality management who are non-family, they have to believe that they’re being given a fair chance. If they see their future potential blocked by “little Johnnie” just being dropped in by the family, we will never get the best talent. One of the privileges of having your name over the door is you can afford to surround yourself with people who are much better than you because you’re not threatened by that. So, we’re trying to create the right culture and environment for the next generation to come in, confident they’ve got experience and can add value. We also have to create an environment where the top-quality professionals see working in a family business like ours as a really good place to be because of access to the shareholders and access to the influences that you might not get in a more hierarchical public company.

S+B: How are you striking a balance between developing your own people and managing new technology?
WARBURTON: From a business perspective, technology is a great enabler. It can also be a great drag on the business if you let it control you, rather than you controlling the technology.

Be it on a personal level or from a business perspective, technology can’t run this business. The people run the business. You need to make sure that when you buy [a digital solution], you don’t overcommit to technology because it is changing so fast; you [need to be] flexible enough to make decisions based on what’s right for your business. This is common sense. It’s just not very common.

One thing that’s topical at the moment is the issue of the U.K.’s productivity. We appreciate that in a category like ours, where there’s 20 percent-plus overcapacity nationally, we need to be able to use technology to enable us to be more efficient and more cost-effective.

We see this challenge in the rise of artisan baking, which has become incredibly popular. It’s like the microbrewery trend of 10 years ago. Artisan baking is only really viable if you do everything by hand. But in a business like ours that’s 142 years old, driving efficiency by the adaptation of technology and embracing technology is a given.

S+B: Related to technology: How are you placed to handle a cyber-attack? In the 2018 PwC CEO Survey, cyber threats ranked fourth on the list for CEOs, up from 10th in 2017.
WARBURTON: Cybersecurity concerns the business on a daily basis. We turn our stock over 363 days a year. We visit 19,000 customers a day. We probably make in excess of 15 million loaves of bread every week. We’re inevitably vulnerable, but then the Pentagon is vulnerable. As a “non-techie,” I have to take the word of the guys upstairs who run our IT department. You’ve got to give your IT staff sufficient resources to stay as far ahead of the game as they possibly can, and you have to make sure that people within the organization have a responsibility to check those rogue emails where the problems tend to lie.

S+B: To what extent have changes in consumer tastes impacted your business?
WARBURTON: Consumer tastes are changing at an ever-faster rate. It’s probably the biggest challenge for the business, because since the end of the Second World War — or certainly the 1960s — the consumption of bread, as I grew up with it, has changed. When I was a kid, you came home and Mum would have put bread and butter on the table for tea. That happened in thousands of households throughout the United Kingdom. It still does happen, but they’re often not just slices of good old white bread.

Bakeries in general and especially traditional packaged bread — which we make by the million — has not had the best press either, with headlines like “[choose] complex carbohydrates” or “white bread is the food of the devil.” I think the industry has been very poor at defending itself. How do we deal with that? It is incredibly challenging.

The industry faces other challenges, too, including too much capacity nationally, as I mentioned earlier, so that makes pricing very aggressive. Is the profitability there to reinvest in the business to become more efficient?

We are responding in several ways — for example, by positioning our products as bread for the prepackaged sandwich market. I was a nonexecutive director of one of the largest such companies in the country. Consumers in the U.K. eat more packaged sandwiches than people do in any other country in the world. Yet we didn’t sell that company any bread at all. Now we do. Another example is crumpets, which have been around forever. Yet we found that the product had been neglected. Nobody had invested in the quality of the product. We’ve done that. Now we make bagels as well. We are looking at investing in other bakery products — what we call bakery occasions. We’ve got wraps. We’ve got thins. These are investments that we’ve made, so we’ve probably spent £40 million [US$55 million] in the last few years to make innovative products.

We’re also looking at how far the Warburtons brand can stretch. I think consumers will give us permission to extend our categories. For example, if I said to you as a consumer, “We’re going to start making pretzels and cakes,” you might say, “Absolutely; it’s probably fairly straightforward.” These are indeed categories we’ve looked at. But they are actually very complex. Whatever we expand into, we have to be sure not to cause our core consumer any sort of hiccup. Once that happens, a business can lose focus — and more than ever, I think, businesses need to be more focused.

For more interviews exploring the critical decisions today’s chief executives face, see Inside the Mind of the CEO.

Topics: ceo, change management, consumer trends, Inside the Mind of the CEO, succession planning, talent development
Get s+b's award-winning newsletter delivered to your inbox. Sign up No, thanks