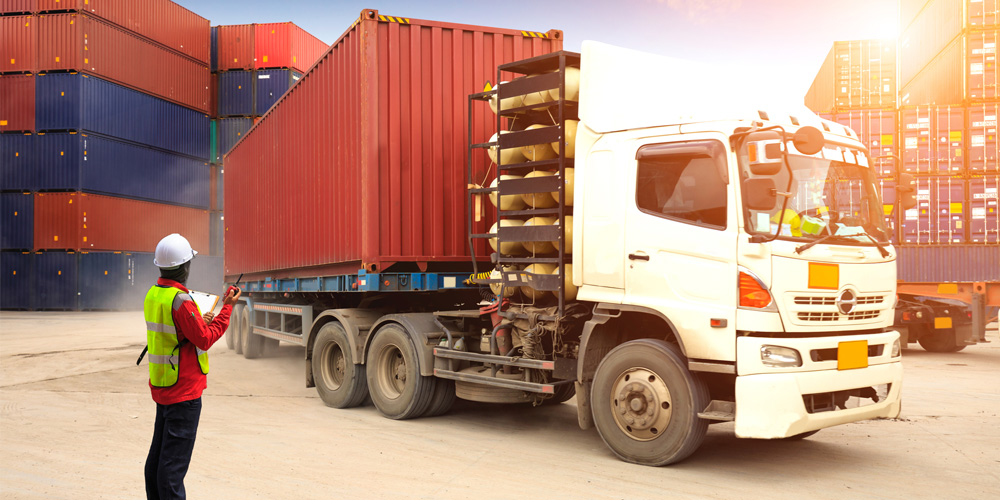 Arriving Today: From Factory to Front Door—Why Everything Has Changed About How and What We Buy 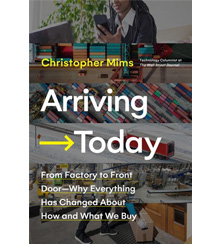 Sometimes, writing a book feels like a fool’s errand. It is a long, inflexible project, planned years in advance and must fit around existing jobs and publishers’ schedules. Writing something that lands with prescience requires unusual foresight and often a big dollop of luck. This process is even trickier when the subject is fast moving. Christopher Mims, a tech columnist at the Wall Street Journal, attempts such a thing with Arriving Today, a detailed and dedicated explainer about the logistics industry.

After Mims has spent years reporting from ships, ports, trucks, and warehouses, the pandemic hits and everything is upended. As Mims discovers, “a period of furious activity…became the new normal for the entire industry.” Clearly, the pandemic had to be accounted for in the book. The problem is that, as yet, the firms in the eye of the storm—Amazon, FedEx, UPS—are still figuring out what the post-pandemic future looks like. Arriving Today is peppered with references to the disaster to appear current, but these only have the effect of underlining how much of the industry’s future is unknown. Beyond highlighting that the pandemic has accelerated the adoption of e-commerce, it is difficult for Mims, or anyone else, to look into the future with much clarity.

However, as a study of the logistics industry in the pre-pandemic era, Arriving Today is a fine piece of work. It includes impressive sections on how the different stages of the delivery process work. The heart of the book is about how workers in the industry are coping, or not, with the introduction of automation. This is familiar ground. Two recent examples are Andrés Oppenheimer’s The Robots Are Coming and Daniel Susskind’s A World without Work. But Mims balances firsthand testimony with a broad appreciation of management theory to find some fresh insight. His encounters with ship crews, longshoremen, warehouse workers, truckers, and delivery drivers all head in the same direction. Automation has pushed them aside and now accomplishes the vast proportion of what they used to do, but it still requires supervision. A senior sailor has become “a human fail-safe for automated systems that usually require no intervention.” A longshoreman has swapped a life of knives, hooks, barrels, and sacks for “an ergonomic office chair” in a quiet office, required to be “in the loop” if a crane encounters difficulty. In an automated truck, there is a human with “his hands off the wheel but always hovering near it.” This work requires a lot of knowledge and skills but little application of them. As the book makes clear, for these workers, the employers consider the redundancy of these workers a step toward a fully automated future.

Humans are also still required for the small number of specific tasks that automation finds tricky. In an Amazon warehouse, Mims observes an associate named Tyler while he is on a “pick” station selecting goods for shipping. When an item flashes up on a screen, Tyler pulls out the matching one from a bin of random goods, checks that it’s in good condition, scans its bar code, puts it into a container, and sends it along a conveyor. He performs this series of tasks in about ten seconds. There is, as yet, no robot on earth that can do Tyler’s work with the same speed or accuracy. Similarly, at the FedEx sorting center, humans are still required to sort the packages that are either smaller than a T-shirt in a poly bag or larger than a flatscreen TV. These tasks demand dexterity that we have been not able to replicate, or teach, in robots.

Humans are still required to sort packages that are either smaller than a T-shirt or larger than a flatscreen TV. These tasks demand dexterity that we have not been able to replicate in robots.

In theory, it should be possible for workers and robots to coexist. Automation has reduced some of the peril and unpleasantness of blue-collar work (though Mims does cite studies that suggest there are more injuries in Amazon warehouses that use robots than in those that do not). It has certainly made such workers more productive. The problem is that we do not value highly enough the skills that are hard to automate, such as Tyler’s nimble fingers. Mims concurs with a journalist, Emily Guendelsberger, who embedded herself in an Amazon warehouse. She concludes: “Any kind of improvements workers might gain from these technologies end up being counteracted in the way they are implemented.” Put another way, if a firm automates a process that makes a worker 20% more productive, the employee loses the benefits of those gains if their company raises their targets by the same amount.

Big logistics firms, Mims argues, have modernized the theories of early industrialists such as Frederick Taylor and Henry Ford, reducing employees to mere cogs in supply chains. They have also added a new element named for Amazon founder Jeff Bezos, which Mims christens “Bezosism”: instead of comparing the performance of workers against other workers’ to discover what they are capable of, in the manner of Taylorism, Amazon pitches its human staff against its robots. Robots, of course, do not need to eat, sleep, or take bathroom breaks, which makes human inefficiencies stand out. Rather than stick with an employee through a personal illness, the logic of Bezosism suggests it is better to make Amazon’s human functions as straightforward and easy to learn as possible, a practice known as “de-skilling” so that the absent worker can be let go and replaced with another within hours. Indeed, Mims believes that high turnover can actually be beneficial for any company with routinizable tasks. Having lots of new, junior staff can mean fewer long-serving expensive ones. It also makes it more difficult to organize for unionization.

Mims’s other major discovery is that the automation of the delivery industry is still in its nascent stages. He finds out that even Amazon, which he describes as the most “well resourced, talent-rich, ruthless…fast-moving” company on the planet, had robots in only 15% of its fulfillment centers as of early 2019. He believes that Amazon has more than a thousand facilities around the world where “the actual work is still done by tools that have changed little in the past fifty years—forklifts, pallet jacks, and hundreds of thousands of humans.” The process of pushing people to the margins, into mundane roles where they are mere “biological connectors” linking one automated system to the next, is only just beginning.

The world described in Arriving Today is a marvel of human ingenuity. Mims is able to convey a sense of wonder at the detail in the interactive delivery map created by an automated semitruck, the Willy Wonka–esque energy of Amazon’s fulfillment engine, and the silent, swarming cranes that sort shipping containers at the Port of Los Angeles. It is also deeply concerning. The truckers are exhausted, pathetically grateful for a rest stop with room for them to park for the night. The third mate aboard a container ship is so jaded he doesn’t notice the spectacular ocean sunrises. But most of all, it is a world that, because of the pace of change in the industry, is likely to be unrecognizable in five years’ time.