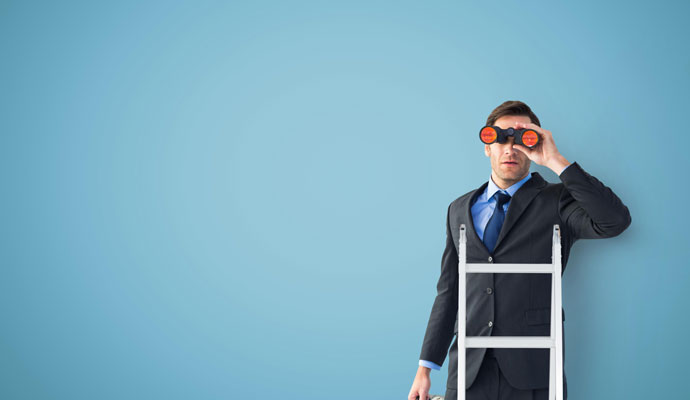 The development of new technological capabilities and applications creates huge opportunities for business. But where there is opportunity, there is also risk. There will continue to be data breaches, accidents, cyber-attacks, and infrastructure failures during the next few years — and other, hitherto unrecognized threats from newer technologies will join them.

The presence of risk requires robust systems for trading on and underwriting that risk. For that reason, the underwriting of technological change will soon become one of the core competencies that companies must develop or acquire to compete in the bionic age — an age in which companies will succeed based on their ability to leverage financial, human, natural, behavior, cognitive, and network capital.

You could call this type of risk management quantum underwriting, as it is intimately associated with quantum-style probability metrics. It means analyzing not just the possibility of damage, but all the possibilities associated with technology — and then using digital prowess and your bionic organization to transform the way you insure yourself for loss.

What does it mean to underwrite something? The formal definition is to sign and accept liability for the risk associated with an activity, thus guaranteeing payment in the event of loss. Typically, this takes place in exchange for payments or premiums, under an arrangement such as an insurance policy. The term goes back to the early industrial era in England, when insurers wrote their names in a contract under the amount of loss that they accepted.

The starting point for developing prowess in quantum underwriting is the computability of your business: the ability to convert seemingly intangible practices and processes into algorithms that can be repeated, stored, and used. Among your computable assets is your analysis of, and ability to respond to, changes in your business environment. Strategic decisions can’t fully be reduced to algorithms, and probably never will — but you can, for the first time in human history, assign probabilities on the fly to relevant events in the near future, with a reasonable view of how likely they are to happen and how great their effect will be. With your own experience and understanding of your own business, this estimate gives you a better way of underwriting your risks than an outsider ever could have.

Traditional underwriting has been almost exclusively associated with the finance industry, specifically insurance and reinsurance. Arguably, insurers are the original gatherers and analyzers of big data; their statisticians have been using this type of analysis to predict risk since the mid-17th century, when John Graunt developed the first “life table,” a record of the probability of someone dying at any particular age in the city of London.

Today, advancements in technological capability and data access allow underwriters to more effectively predict risk, while simultaneously identifying new types of risk that can be analyzed and underwritten. These innovations are the forerunners of quantum underwriting. For example, crowdfunding insurance analyzes the financial potential in a startup and covers the amount that isn’t available from investors.

Other quantum underwriting harbingers can be found in the sharing economy: for example, insurance that covers the short-term use of buildings and vehicles. Another early example is operations insurance, which is evolving rapidly as the Internet of Things brings sensors to the production line, tracking parameters such as fuel efficiency and preventative maintenance. An underwriter can not only hedge against the cost of equipment failure, but use predictive analytics to optimize maintenance and operations schedules and thus reduce the chance that equipment will fail at all. Other forms of quantum underwriting can catalyze similar forms of preventive care around cybersecurity, fraud, and deceptive practices.

Up until now, underwriting has been the domain of specialist companies, proficient in the arcane science of risk analysis. But today, artificial intelligence is rapidly making that type of analysis more widely available. In an environment of more risks and more effective prediction, your company doesn’t have to leave underwriting to the insurers anymore. And there’s another reason you shouldn’t outsource quantum underwriting: It’s too foundational to the core of your business.

In developing a quantum underwriting capability, you’re applying the same logic that Amazon is developing to organize its inventory practices. Amazon has patented a process of pre-shipping items likely to sell on any given day based on what it knows about customers in that geographic area. That predictive capability has already turned Amazon into the largest online marketplace. You could use a similar logic in your own procurement, ordering materials that are likely to be useful in future products; in recruiting, to select people who are likely to succeed in a particular role; and in motivation, to design incentive programs that are more likely to lead people to stay in their current roles.

This is not just a matter of making better decisions; it changes the scope of decision making altogether, allowing you to move beyond hedging your bets. You can adjust your investments rapidly to influence events and create the future you want. Just as the telegraph and the locomotive fundamentally changed business practices, so too could quantum underwriting. With an accumulation of captured events, a decision maker can browse through the factors that caused past events, while rapidly making and refining accurate simulations of possible futures. Just as Amazon adjusts its supply chain, you can adjust your own externally facing processes, and thus be able to trade in ways you never could before.

Just as the telegraph and the locomotive fundamentally changed business practices, so too could quantum underwriting.

For example, you could set up financial instruments linked to the behavior of products or other aspects of life, such as the price of bacon or shifting weather patterns. Historically, the risk stack associated with a tradeable product, at a higher level of abstraction, is where the bulk of trading takes place. Just as the numbers of trades on grain futures is orders of magnitude larger than the grain market itself, so too will massive over-the-counter markets form for the purpose of trading information descriptions of all types of behaviors and their interactions, regulated and unregulated. There will be instruments trading on the replacement costs of lost or stolen credit cards, on the simplicity of product designs, on the interoperability of computer records, and on just about any other source of value that can be translated into replicable code.

This is why companies in the bionic age will need to understand quantum underwriting for both risk and reward. As they develop the ability to describe and codify parts of the business that had been previously opaque, they also develop the ability to buy or sell parts of that process to others, with values determined by reliable predictions of what will happen. For example, you might sell the logistics part of your operation to someone who can manage it more effectively, with a value set by a fine-grained estimate of your costs, including the costs of parts of it you haven’t designed yet. With the ability to trade at this level, there will come a need to underwrite the risk so you can afford to recoup your operations even if your trading partner fails.

Ultimately, every corporate function will be a quantum enterprise: contracting for and delivering not just explicit services, not even specified outcomes, but outcomes tagged to the probabilities that the company has credibly identified in advance. Underwriting these, as a way of bolstering your revenues and avoiding risk, will be as integral a part of business as profit-and-loss statements are today.