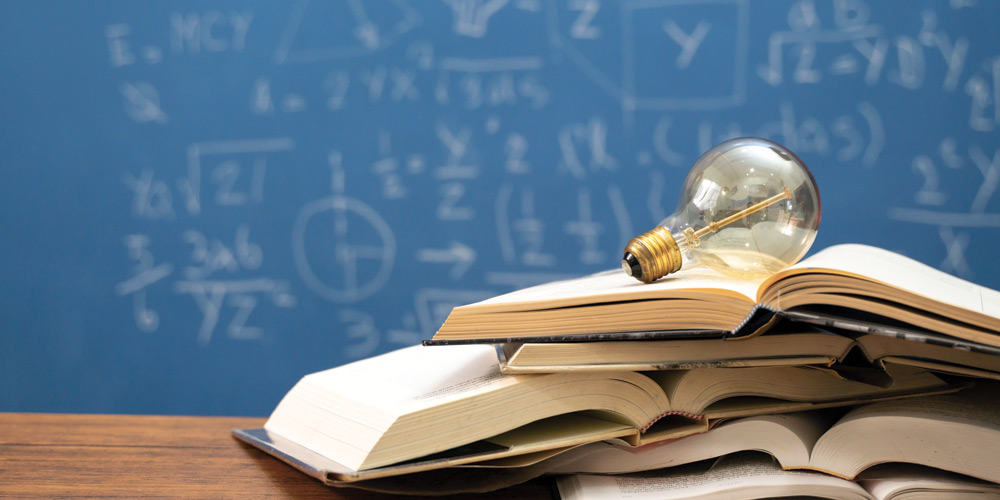 “As a general rule,” historian Charles R. Morris wrote in a book about the last financial crisis, “only the very smartest people can make truly catastrophic mistakes.”

In fact, anyone can commit serious blunders. But often the brainiest people rise to heights that give them the power to do more damage. This power is magnified by the hubris too often attached to a high IQ. In business, as in other walks of life, the results can be disastrous. It’s no accident that the classic book on the Enron debacle was titled The Smartest Guys in the Room. 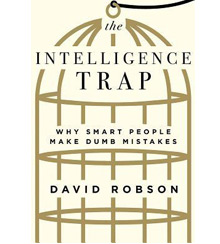 The Intelligence Trap, a new book by science journalist David Robson, investigates the foolishness of smart people and offers recommendations on how they can do better. Chances are that if you are reading this, you qualify — and very likely play a leadership role in an organization that prides itself on being full of smart people.

If that’s the case, you’re in luck, because one of the best parts of this book may be the section on “how teams and organizations can avoid the intelligence trap,” about which more in a moment. But before they get there, readers will encounter many worthwhile broader insights. Perhaps the most important of them is that intelligence is not strongly correlated with rationality, good judgment, and what most of us would call plain old common sense: “One study of the high-IQ society Mensa, for example, showed that 44 percent of its members believed in astrology, and 56 percent believed that the Earth had been visited by extra-terrestrials,” Robson writes.

One study of the high-IQ society Mensa, for example, showed that 44 percent of its members believed in astrology, and 56 percent believed that the Earth had been visited by extra-terrestrials.”

By marshaling real-world stories and a variety of scientific research, the author shows how smart people can be victims of their own intelligence — and drag the rest of the group along. When highly intelligent people lack good judgment, character, or temperament, they may use their smarts to bolster their own preconceived notions and justify ignoring contrary evidence. They may also lack the imagination to conceive of unwanted outcomes or the plausibility of other viewpoints.

Researchers, for example, have come up with measures of “wise reasoning” and “decision-making competence” that are predictors of outcomes including divorce, bankruptcy, happiness, and longevity, the author reports. Yet these measures are only slightly related to measures of intelligence, suggesting what many people already know: Brainpower is not always accompanied by wisdom.

If there is one “trap” that looms larger than all others throughout the book, it is hubris. Highly intelligent people, perhaps seduced by their own brainpower, may be particularly susceptible to overconfidence. This can be a hard trap to avoid in the world of business. Entrepreneurs run on confidence, after all, and executives who do not project confidence may have trouble inspiring the troops. Again and again, however, a lack of intellectual humility seems implicated in poor decisions and institutional dysfunction.

Keeping an open mind and avoiding a swollen head obviously are important, but how to do so? Awareness may be the top priority, but Robson also reports on several interesting tactics that can help. These include:

• Distancing: Take a few steps back, “almost as if you were watching yourself from another part of the room or on a cinema screen, and describe the unfolding situation to yourself.” People who do this can gain important perspective while lowering anxiety.

• Changing languages: Evidence from a variety of countries shows that when people switch into a second language, assuming they have one, they consider evidence more rationally.

• Practicing self-affirmation: This one is paradoxical, given that the enemy is hubris. But there is evidence that briefly boosting your self-worth works “by helping you to realize that your whole being does not depend on being right about a particular issue, and that you can disentangle certain opinions from your identity.”

Organizations pose particular challenges because many actions and approaches that make sense for individuals can result in a collective “functional stupidity.” It’s often safest to keep quiet rather than express dissent, for instance, and sometimes everyone is invested in not noticing inconvenient facts. Throw a lot of very smart people together in an organization, and, as researcher André Spicer observes, “many of them would spend a lot of time complaining how stupid the organization was.”

Spicer, Robson tells us, recommends “adding regular reflective routines to team meetings, including pre-mortems and post-mortems, and appointing a devil’s advocate whose role is to question decisions and look for flaws in their logic.” He says organizations may also benefit from tests such as psychologist Keith Stanovich’s “rationality quotient” to determine how susceptible employees are to informational biases. Training can help; making staff aware of logical fallacies and exposing them to egregious BS can make them more skeptical of misinformation.

The problems that smart people run into appear to be partly cultural. Robson shows that Japanese educational practices foster not just greater learning but less hubris. But for better or worse, the author says, individualism is rising worldwide, suggesting hubris is only likely to grow along with affluence and education. The risk of catastrophic errors may simply be the price we’ll have to pay to reap the fruits of all that brainpower.