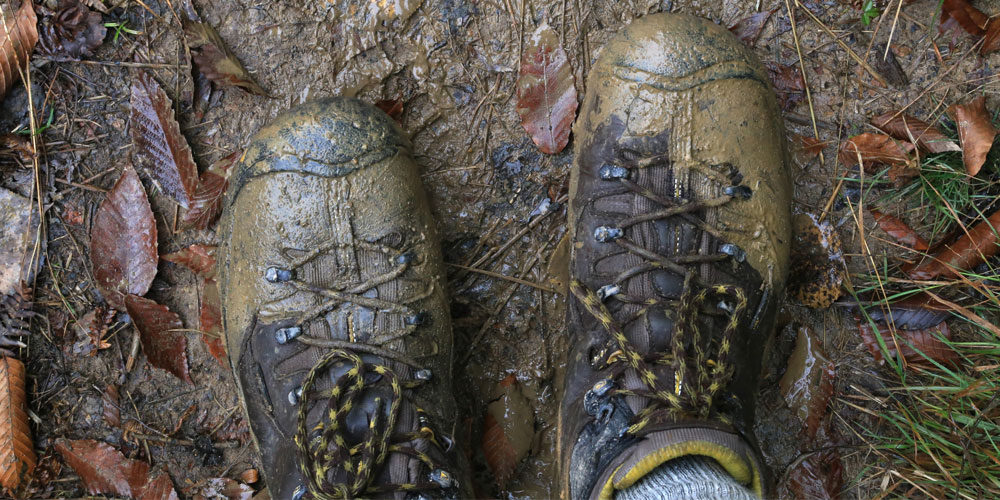 How to Survive: Self-Reliance in Extreme Circumstances

If you think meetings are bad, try getting lost in remotest Australia and rigging up floats from aircraft parts to ride down a crocodile-infested river to safety. Or staying alive in the jungles of Southeast Asia for three and a half years while enemy troops endeavor to hunt you down. 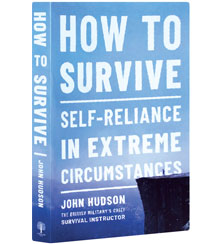 The most compelling parts of How to Survive: Self-Reliance in Extreme Circumstances are about just such astonishing feats of stamina and ingenuity, the sort of resourcefulness that has enabled humans to withstand adverse conditions for remarkable periods of time. Salvador Alvarenga, for example, the world’s longest documented survivor at sea, “spent 438 days drifting across the Pacific Ocean when his fishing trip from Mexico went wrong in 2012.”

Yet the takeaways from this readable volume, some of them quite inexplicit, are even more interesting. How to Survive was written by John Hudson, the chief survival instructor for the British military. But his knowledge and experience offer insights that transfer beyond calamity.

Hudson says that coping with the direst circumstances depends on what he calls the Survival Triangle, the sides of which are all prompts to action: hope, plan, and work. He lists work first, because if you can exert some effort to change your situation, you begin to feel in control and can then sustain hope. On the basis of that hope, you can plan further measures to save yourself, leading to yet further concrete actions (more work) — which in turn yield further hope, on and on in a virtuous circle until, with luck, you are rescued.

Most of us, fortunately, will not find ourselves crossing the Gobi Desert with a can of Fresca and a prayer. And by emphasizing preparedness throughout, Hudson aims to ensure that you never find yourself in such a situation. But there are some intriguing lessons that apply to business life (and survival) as well.

Most of us, fortunately, will not find ourselves crossing the Gobi Desert with a can of Fresca and a prayer.

Beware overspecialization. It’s probably lucrative to be a leading expert on aircraft leasing, but in the coming emergency — and rest assured, there is always one coming — it’s useful to have a broader set of skills, of the kind people once routinely learned from their parents and cultivated in order to maintain their homes, raise a garden, repair their equipment, and otherwise take care of themselves. Again and again, we see that those who survive terrible situations have practical knowledge and skills they can bring to bear. Juliane Koepcke was 17 years old when she fell two miles from a plane without a parachute, landed in the Peruvian Amazon, and, despite her injuries and lack of gear, walked and crawled for 10 days to safety. Because she had been home-schooled by her scientist parents, she had absorbed lifesaving lessons such as: Head for the sound of water, since that will lead you to people. The lesson for business? Firms would do well to build in a strategic cushion of talents. So hire people who are more than just spreadsheet jockeys.

Psychology is crucial. In bad situations, people lose the struggle for survival because they lose hope and give up. Hudson emphasizes the importance of realistic optimism, keeping busy, and doing everything possible to maintain or increase feelings of control and progress. He advocates breathing exercises to get out of flight-or-fight mode and engage your calmer, more rational brain to make smart choices. The business moral: Never underestimate the importance of morale, and work hard on keeping up your own. Negativity, Hudson reminds us, is more contagious than cheerfulness and far more dangerous.

Humans are resilient. How to Survive offers powerful illustrations of this generally known truth. People can do practically anything, if necessary, to save themselves, as long as they remain motivated — by hope, duty, loved ones at home, or other factors. Hudson introduces us to Freddie Chapman, a British Army officer who, after the fall of Singapore in World War II, eluded the Japanese Army in Malaya while mounting guerilla attacks and training resistance fighters. (Chapman’s story is far more amazing — and harrowing — than any précis could convey, and led to a memoir called The Jungle Is Neutral, the title of which embodies his view that “it is the attitude of mind that determines whether you go under or survive.”) Always believing he would make it, Chapman even took notes on the local flora and fauna for the Royal Geographical Society.

In good times, push yourself physically and emotionally. For people who face dire situations, the experience of having overcome challenges, played contact sports, or run marathons in the past comes in handy. So it makes sense to test your limits whenever you can. You don’t want to have to test your endurance for the first time in extremis, and your earlier successes will give you an encouraging track record to draw on when things might otherwise look bleak. Before his exploits in Southeast Asia, Chapman had already had adventures in the Alps and the Himalayas: “I used to go out and deliberately get lost so that I was forced to use all my resource and energy to find my way home again.”

Plan, but also practice. What would you do if there were no internet? If senior management were wiped out in a catastrophic fire? If your main customer or chief supplier cut you off? If a devastating terrorist attack occurred in your city? Hudson’s book, to say nothing of the pandemic, suggests that it’s wise to think now about high impact, low probability events. You should plan for them, sure. But then go further: Rehearse any systems you invent in order to cope. Actually doing these things will make them easier to remember in an emergency — and perhaps reveal the parts of your plan that are impractical.

To lead effectively, make like Captain Bligh. Regardless of whatever transpired before the mutiny on HMS Bounty, Hudson shows, William Bligh’s leadership of the 18 men with whom he was cast adrift in a 23-foot boat was a model of fairness, determination, and expertise. These factors carried them to safety across more than 4,000 miles of open ocean. Remember that (without forgetting how Bligh ended up adrift in the first place), and your next meeting won’t seem quite so bad.