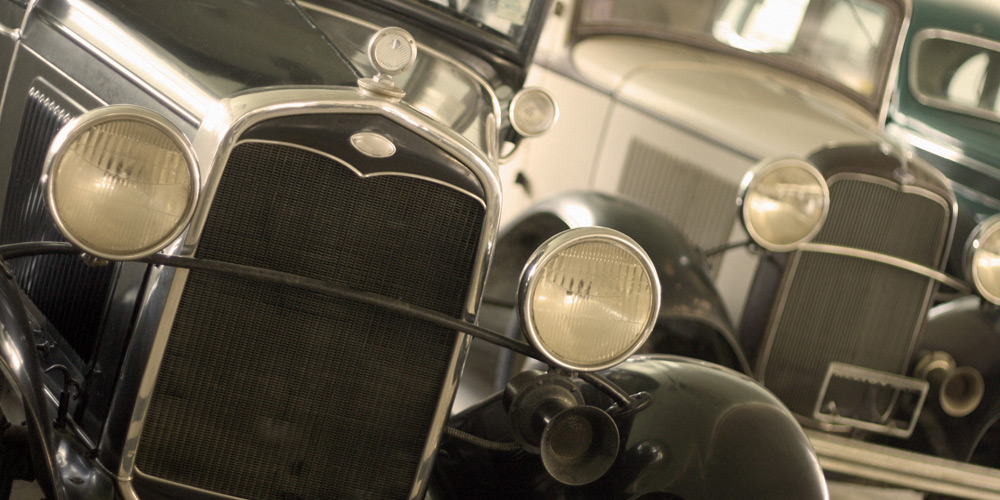 Technology takes all of us for a ride sooner or later. The question is, to where?

In The Magnificent Ambersons, a 1918 novel, the car is author Booth Tarkington’s chosen vehicle for exploring the transformations wrought by technology (of which he was none too fond) and the hazards of standing in their way. The book is a joy to read, for a tragedy. It bristles with ironic wit and insight even as it reveals the terrible price of believing, in a modern market economy, that you can skate by on who you are rather than seeking rewards for what you can do.

Business readers in particular will recognize a host of themes that still bedevil us, including the revolutionary nature of innovation and the environmental costs of affluence. Most dangerous of all, in Tarkington’s view, is affluence itself, which breeds a fatal complacency in the family — frozen in time, if not in amber — that is at the center of this unjustly forgotten literary masterpiece.

The Ambersons’ downfall begins with a fortune that was won (it’s not clear how) in 1873 by a Civil War veteran identified only as Major Amberson. During the following decades, the patriarch and his little clan reign as the first family of their modestly sized “Midland town” (evidently the author’s native Indianapolis), where “in those days, all the women who wore silk or velvet knew all the other women who wore silk or velvet,” and for that matter, “everybody knew everybody else’s family horse-and-carriage.”

The major’s charming daughter Isabel is courted by two swains in particular: colorful Eugene Morgan and dull, reliable Wilbur Minafer. After Eugene Morgan, during an inebriated midnight serenade outside the Ambersons’ mansion, puts his foot through a bass fiddle and has to be helped to a waiting carriage, a furious Isabel marries Wilbur. Together they have one child, whom she will spoil rotten: George Amberson Minafer, who will grow up to be the book’s protagonist.

On a visit home from Princeton, George meets Lucy Morgan, the disarmingly self-possessed daughter of a successful inventor who has recently moved to town — or rather, back to town. (She is Eugene Morgan’s daughter.) George and Lucy are just as captivated by each other as Eugene (now sober) and Isabel are all over again.

The handsome George is a mean and arrogant bully. But the real trouble, to smitten Lucy, is that, as a gentleman, he’s determined not to go into business or the professions or anything else. “Really,” he says at one point, “don’t you think that being things is rather better than doing things?”

There may have been a time when that was so. But Tarkington uses the downfall of a rich family to demonstrate how technology transformed America from a place where what mattered was who you were into a more dynamic and open society in which what mattered was what you could create. For a man of Tarkington’s era, there was no better metaphor for the power of technology than the automobile — the very thing Eugene has come home to manufacture. George is hostile to the entrepreneurial Morgan, and to his machine. “Automobiles are a useless nuisance,” George says flatly at a family dinner. “They’ll never amount to anything but a nuisance. They had no business to be invented.”

For years, put-upon locals waited vainly for George to get his comeuppance. And as in any well-constructed tragedy, George gets it good and hard, dragging down Isabel, Eugene, and Lucy in his fall. Adding insult to injury, when this comeuppance arrives, nobody even cares about the Ambersons. George stumbles across a book about “the 500 Most Prominent Citizens and Families in the History of the City,” and he can’t resist checking the index for Ambersons. There are none. He knows people pay for inclusion in the book, “to defray the cost of steel engraving, etc.” But that only highlights that status comes from money — as it did for the Ambersons in the first place. The type of gentleman George aspires to be (and morally speaking, never was) has gone the way of the bison.

Today, it’s hard not to see something of ourselves in the Ambersons. Like George, we are entitled, complacent, confused by changing mores, cursed by our own affluence, indifferent to inequality, and sure the world owes us obeisance. Living off the investments and social capital of the past, we are obsessed with status. We are more eager, in other words, to be than to do, just like George.

Tarkington plays the heartstrings with virtuoso skill, which may be why he was so celebrated in his time. A phenomenal commercial success, he won Pulitzer Prizes for The Magnificent Ambersons in 1919 and Alice Adams in 1922. But nowadays, Tarkington is little read, and Ambersons is remembered mainly as a 1942 film directed by Orson Welles — one that ran into a buzz saw of commercially minded studio executives, who shortened the auteur’s version drastically and tacked on a happier ending.

Tarkington’s contemporary reputation isn’t helped by the fact that his work, like that of so many of his contemporaries, is marred by casual racism. The irony is that Tarkington’s postmortem fall from literary grace might easily have been a plot element in Ambersons, which is suffused with life’s evanescence. Much of Ambersons is a lamentation for the pace and intimacy of 19th-century communities as they grew into the vast, anonymous places most Americans now call home.

Internal combustion played a big role in this transformation. Like the elevator, which enabled us to build upward, the auto enabled us to build outward. The small town of George’s youth, and his family’s increasingly unfashionable properties, are soon swallowed up by sprawl and air pollution as the place grows ever larger and more indifferent to its traditional leading families.

Eugene foresees the car’s impact: “With all their speed forward they may be a step backward in civilization — that is, in spiritual civilization. It may be that they will not add to the beauty of the world, nor to the life of men’s souls. I am not sure. But automobiles have come, and they bring a greater change in our life than most of us suspect.”

Innovation, the Ambersons discover, changes not just how we live but who we are. In our time, cars have given young people privacy, revolutionized the built environment, and democratized the landscape. With its unending labor-saving, technology has facilitated new modes of working and altered our physiques. It also has allowed us, as the historian Edward Tenner notes, to substitute chronic problems for acute ones.

It’s unlikely that we will lament the loss of the intimate world whose passing Ambersons memorializes. Most of us surely understand that we had no place in it. Tarkington knows the paradise that is lost in his book was a paradise for only a few. But like the tragedians of ancient Greece, who focused similarly on the highborn, he also knows that loss is something the few have in common with the many.