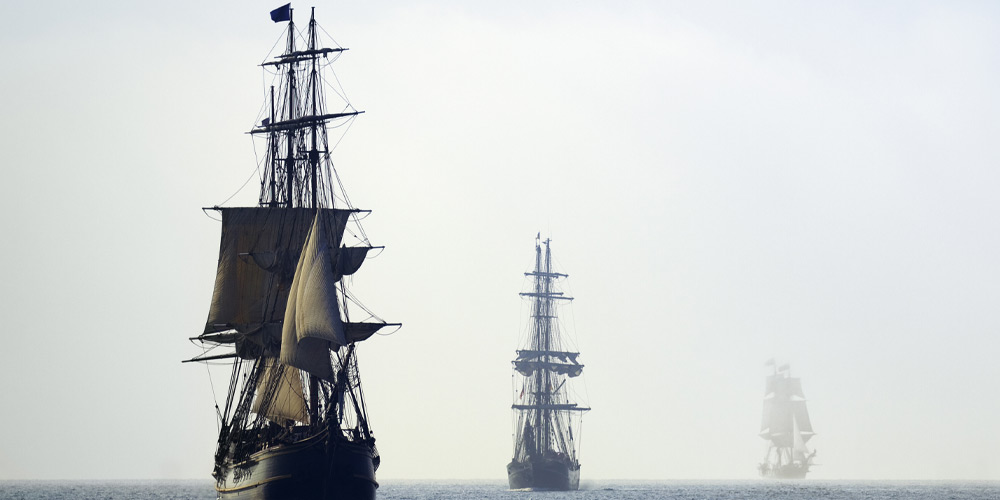 The Genesis of Rebellion: Governance, Grievance, and Mutiny in the Age of Sail

Think of mutiny, and you might imagine events akin to those that occurred aboard the Royal Navy frigate Hermione on September 21, 1797, when seething crew members erupted to murder their tyrannical captain and his fellow officers. Then they defected to the enemy by sailing to Spanish Venezuela.

In fact, though, the Hermione episode was unusual, and not just for its violence. More common were mutinies motivated by specific grievances. British seamen in the great age of sail — which the authors define as the period of 80 years commencing in 1740 — knew that the work was dangerous, quarters were cramped, and corporal punishment was common. For the most part, sailors did not rebel. 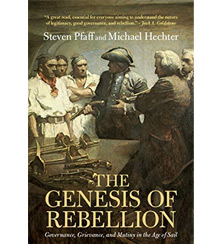 When they did, what set them off? How likely was success? And how could the Navy prevent these rebellions? Scholars Steven Pfaff of the University of Washington and Michael Hechter of Arizona State University undertook to answer these questions using statistical as well as historical research in their illuminating new book, The Genesis of Rebellion: Governance, Grievance, and Mutiny in the Age of Sail.

Business leaders can learn a good deal from all this. Managers in many U.S. enterprises operate in a climate of potential mutiny amid the bounty, with staff uprisings — in the form of open letters, hostile social media postings, angry meetings, or even walkouts — occurring despite comfortable office conditions and historically low private-sector union membership. Today’s executives, moreover, face Admiralty-scale challenges in coordinating worldwide operations, managing remote workforces, overseeing idealistic younger workers, and managing diversity. “The Royal Navy had surprisingly ethnically diverse and polyglot crews,” the authors note. “Only about half of the seamen in our sample were Englishmen.”

To the Admiralty, the definition of mutiny included nearly any act of defiance. But the authors narrow the definition to collective insurrections in which the crew took over a ship or halted operations. Broadly speaking, they found, such mutinies were more likely when things were going badly, when people lacked faith in leadership, when pay badly lagged the cost of living, when opportunities were limited, and when sickness (a cause of anxiety and shorthandedness) was raging. The young were more likely to mutiny than were older hands, and foreign seamen more likely than native Britons.

What triggers a mutiny? Examining 62 Royal Navy uprisings that meet their criteria, Pfaff and Hechter conclude that these “highly exceptional events” are the result of two things: grievance and poor governance. Neither is as obvious as it may seem.

Start with grievance, which the authors are at pains to distinguish from hardship — just as modern managers ought to do. Seamen expected hardship; Samuel Johnson once said it was better to be in jail than at sea, because a sailing ship was incarceration with the added risk of drowning. A grievance arose from hardship or humiliation that violated one’s sense of justice. “A grievance offends,” the authors explain, “not just because it does the bearers some harm, but because they regard it as wrong, unfair and illegitimate.”

Then there’s the issue of poor governance. On Royal Navy vessels, captains ruled with absolute authority and bore great responsibility. The crew looked to the captain to make wise decisions, demonstrate courage, and get everyone home alive. Seamen recognized the need for discipline, but an erratic chief raised the likelihood of rebellion among prideful men, many of them pugnacious risk takers by nature.

In a commander, the authors write, “unbridled anger and irregular discipline undercut social order and the legitimacy of command authority. Brutality and arbitrary punishments were not only demeaning but also suggested that a Captain lacked self-control. If he could not ‘govern his passions,’ he might not be able to govern a ship or bring it through danger.”

Businesses naturally face different and less dire risks than did ships at war. But like errant commanders in the age of sail, modern managers who indulge their tempers or baser instincts can find themselves faced with similar insurrections, with consequences that are detrimental or even fatal to careers.

Modern managers who indulge their tempers or baser instincts can find themselves faced with insurrections, with consequences that are detrimental or even fatal to careers.

Most mutinies, the authors found, aimed not to make off with a ship but to correct perceived wrongs. And although any mutiny could result in hanging, incidents of all kinds were usually carefully investigated. “In no less than half of the mutinies in our sample,” the authors write, “seamen gained the redress of one or more of their grievances.”

Aggrieved cubicle dwellers and middle managers, take note: Mutinies gaining redress tended to be nonviolent, espouse loyalty, and keep crew members united. It was helpful, too, if they occurred in ports where senior naval officials could be engaged. Captains cared most about authority, but admirals had a broader agenda: preventing the spread of unrest, restoring disrupted naval operations without inflammatory bloodshed, and learning the truth about cruel or incompetent officers.

The willingness of admirals to negotiate was one reason a well-known mutiny, that of the Channel Fleet at Spithead in 1797, succeeded. Perhaps even more important were the mutineers’ superb discipline and capable leadership. Seamen of these ships, frustrated over bad food, low pay, and excessive floggings, had taken their grievances to commanders and ultimately the Admiralty without results. When admirals sensed mutiny afoot, the ships were ordered to sea, but 16 line-of-battle vessels refused the order. Their extraordinarily well-organized strike won major concessions, including an act of Parliament. No seamen were punished.

Today’s business leaders will be particularly interested in how the Admiralty coped with the challenge of managing its vast and far-flung navy in the absence of modern communications — think of it as working very remotely. “In the Napoleonic era,” the authors observe, “the Navy employed more than a hundred thousand men. It was the western world’s largest industrial unit, and among the most expensive and administratively demanding enterprises on the planet. Its warships were the technological marvels of the age.”

From a management standpoint, what set the Royal Navy apart was a clear chain of command, meticulous records, superior financing, a deeply ingrained culture, and shrewd administrative practices honed by experience. A captain was required to maintain and submit an accurate record of the voyage. So were the first lieutenant and the sailing master, a warrant officer subordinate to the captain at sea but subject to a separate bureaucracy for promotion. Each wrote his log knowing the others were doing the same.

Officers were selected carefully, and commissions weren’t for sale. To retain seasoned commanders even in peacetime, naval leadership was made a rewarding and prestigious career, and officers enjoyed half pay when not in service. But they lived in a culture of strict accountability. The loss of a ship, for example, whether it was to mutiny, typhoon, or enemy cannon, resulted in a mandatory court-martial to determine what — and who — was to blame.

Then as now, in other words, good management could pay big dividends. “The striking military success of the Royal Navy was not the result of better ships or superior technology,” the authors conclude. “Rather, well-designed institutions that created formal and informal incentives for commanders to be aggressive and to practice good government over the seamen under their control played an unmistakable role in its success.”

One notable failing was the Navy’s lack of a reliable structure for handling seamen’s grievances, which probably contributed to the problem of mutiny. But the Admiralty could fight back with powers far beyond those of a mere employer. Two-thirds of the 62 mutinies studied led to court-martials, usually with severe penalties. And confronted with the bloodiest rebellion in Royal Navy history, officials pursued the Hermione perpetrators with chilling determination. When Spain refused to hand them over, the Navy seized the Hermione itself in a daring raid on a fortified Venezuelan port. Ultimately, more than 120 of the mutineers escaped, but in the nine years after the mutiny, the Crown captured and tried 32 of them. Two dozen were hanged.

Topics: business books, economics, history, human capital, leadership
Get s+b's award-winning newsletter delivered to your inbox. Sign up No, thanks