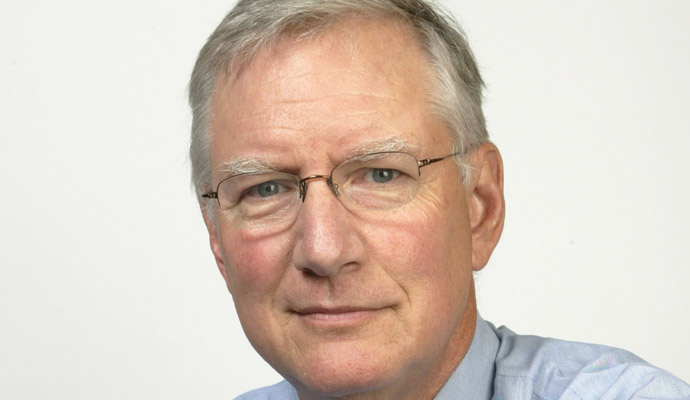 Tom Peters. You know the guy. He branded himself with an “!” after his name. He and Bob Waterman wrote one of the best-selling business books of all time, In Search of Excellence: Lessons from America’s Best-Run Companies (Harper & Row, 1982).

Peters is one of the handful of people who helped transform the business book genre from a staid backwater into a mass market — with 1.8 million titles in print, it’s the fifth-largest book category on Amazon. He has written 29 of those titles and sold more than 10 million copies of them. In the process, Peters helped define the term business guru and inspired more wannabes than Madonna. At age 73, he enjoys an engaged, multigenerational audience, including 135,000 Twitter followers.

“There is a strategy, and the strategy is to read.”

Because Peters is a voracious reader, I thought he would make an ideal subject for my monthly “Required Reading” column for strategy+business, in which business notables call out a very short list of books they think leaders should read. But a brief call to New Zealand, where Peters goes to beat the New England winters, to discuss his four favorite books somehow turned into a one-and-a-half-hour marathon.

“I have to tell you a story about a neighbor of mine in Massachusetts who would be on anybody’s top 10 list of [Warren] Buffett–like people,” Peters opened. “I was at a dinner with him 18 months ago and, out of nowhere, he said, ‘You know what the number one problem is with big company CEOs?’ I said, ‘I can think of at least 70 things, but damned if I can narrow it down.’ And out of his mouth pops, ‘They don’t read enough.’”

That rings true to Peters, who began reading at an unusually young age. He grew up in Annapolis, Md., with a mother born in Virginia. “She gave me Southern manners, and she started me reading by the age of 3,” he explained. “If you are polite and if you read, I think you’ve got the first 75 steps down the path to success.”

Peters proceeded to debunk the premise of our call. “I kind of don’t buy the four-epiphany-books idea. For me, the whole reading thing is about triangulation,” he said. “I like to think I’m a half step ahead of the pack. But about three years ago, with all the crap that’s going on, particularly with technology, I realized that I was 25 steps behind. Since then I’ve probably read 200 books on this [technology-related] stuff that’s going on around us. I could give you 50 good ones — including Rise of the Robots [by Martin Ford] and Automate This [by Christopher Steiner] and, especially, The Second Machine Age, by Andrew McAfee and Erik Brynjolfsson.”

Peters doesn’t pretend that he’s on top of everything. But, he said, “I’ve read my way to the point where I am willing to say confidently that (a) I am not that far behind; (b) because I am reading, I am ahead of a lot of people who ought to be way ahead of me; and (c) I can talk to people who are kind of famous in this world and give them six things to read they haven’t read, which gets me through cocktail parties. There is a strategy, and the strategy is to read. If you read 100 books on a topic, you’ll get a lot smarter.”

Humility is a quality that Peters reveres, and accordingly that quality plays a leading role in the first few books he wanted to discuss. “The book that I’d put on top of my list is Daniel Kahneman’s Thinking, Fast and Slow because it’s important for people to understand that their judgment sucks,” he said. When reading the iconic book by Kahneman, a pioneer of behavioral economics, Peters went on Wikipedia to look up cognitive biases and was thrilled to find an article that listed the top 155.

Other gems of the cognitive bias genre include The Invisible Gorilla, by Daniel Simons, which is named after a now-famous experiment: Psychology professors Daniel Simons and Christopher Chabris asked people to watch a video and count the number of passes in a circle of basketball players. During this exercise, a guy in a gorilla suit walks into the center of the circle, beats his chest, and walks off. Roughly half of the subjects in the experiment don’t see the gorilla.

Peters particularly loathes cognitive biases that lead us to overestimate ourselves. “I really liked Fooled by Randomness,” he said. “[Author] Nick Taleb explained that if you are lucky enough to have been born of intelligent parents and if you work your ass off, you are statistically likely to have a pretty good career. If your career is any better than pretty good, it’s luck. There is no statement in life that I believe more than that. And the set of people on earth who I most hold in contempt are successful people who believe they deserve it.”

Two more books round up Peters’s favorite cognitive bias reads. In Indispensable and Other Myths, Michael Dorff looked at the increase in market capitalization that was likely attributable to the CEO for 250 large companies. “The difference in the value delivered by CEO number one and CEO number 250 is less than 0.2 percent,” Peters said. “So, the notion that there are superstar CEOs is bullshit (maybe with a couple of exceptions).” Peters also liked what he calls a companion book: Chasing Stars, by Boris Groysberg. “I loved its conclusion: If you are a superstar in Place X and you move to Place Y, kiss superstardom goodbye.”

Peters loves these books not because they deflate our egos. “I love them because they help us understand that we are not the brightest people in the world, and there are 80 million things to trip over when we’re making decisions,” he said.

How can we become better leaders? Unsurprisingly, Peters had some suggestions. “I think the people who run things ought to read a lot more psychology and social psychology and a lot less finance and marketing,” he said. One of his favorites in this genre is Susan Cain’s Quiet, which makes the case for introverts. Even though Peters writes books with “Wow!” in the title and loves people who are loud, he actually was scored in Cain’s test as an introvert. “The book cites a ton of research that shows we believe extroverts are more physically attractive, more personable, and more intelligent than introverts,” said Peters. “The problem: It isn’t true, and we’re not listening to 30 percent or more of the population!”

Another book that upends the conventional wisdom is Wait, by Frank Partnoy. Many years ago, Peters met with Tex Schramm, president of the Dallas Cowboys, who showed him an inbox with three labels: In, Out, and Too Hard. As Schramm put it, a lot of the stuff that was in the “too hard” tray eventually disappeared. Only when people came back and asked about those items a third and fourth time would Schramm deal with them. “Partnoy explains why that worked,” Peters said.

The Marshmallow Test, written by Stanford social psychologist Walter Mischel, takes another approach to the utility of waiting. (The marshmallow test involved putting children in a room with a single marshmallow and seeing how long they could go without eating it in order to get the promised reward of two marshmallows later.) “Mischel argued that the ability to put things off is what makes us human, too,” Peters said.

Peters also likes Richard Branson’s The Virgin Way. The first of the book’s four parts, which is 150 pages long, has a one-word title: Listen. “He talks about how listening is essential to doing every damned thing in the world,” Peters said. “When a smartass like Branson can write something like that that people might actually read, I think it’s fabulous.”

Many of the books that Peters called out in his wildly (and satisfyingly) unsuccessful effort to limit his list to four books explore unusual sources for business insight. “One that definitely goes on my list is Addiction by Design,” he said. MIT professor Natasha Dow Schüll spent 15 years studying the anthropology of how casinos lure people into Las Vegas. “It’s about how if you change the smell at the tables, you can double the amount of time people sit there. Or if you change the curve of the road that goes into your casino so it’s a sweeping, gentle left instead of a sharp left, it doubles the number of people who come in,” Peters said. “This is [Richard Thaler and Cass Sunstein’s classic] Nudge in tragic, gory detail, and it explains why big data is important, too.”

Although many books highlight the success of large, well-known companies, Peters believes we should look to midsized companies for guidance. “I think they have the answer to all the world’s problems,” he said. Peters loves Retail Superstars, by George Whalin, which presents 25 cases of companies that outcompeted large players as well as examples of outside-the-box innovation in seemingly boring industries. Hidden Champions of the 21st Century, by Hermann Simon, is full of stories of how to dominate a market by doing something cool with an apparently trivial matter. “There’s a company called W.A. Coppins in a little town about 30 miles away from where I am in New Zealand that is the world’s leading manufacturer of sea anchors,” Peters said. “They make them for the government of Norway and the U.S. Navy.”

Peters likes to read history for its management lessons. “Berlin 1961, by Frederick Kempe, is 400 shockingly well-written pages on the construction of the Berlin Wall,” he said. “It’s the biography of a decision, and it shows the mess and the nonlinearity around this enormous decision. It also shows how one little step in one direction can completely change an outcome — that’s the Nudge lesson, right?” Peters also recommends Marc Levinson’s The Box, about the invention of the shipping container. “The idea of containerizing freight was irrelevant until you completely redesigned ports, dealt with the longshoremen, etc.,” he said. “The reinvention of the context is what made all the difference.”

Finally, Peters said we shouldn’t limit ourselves to real-world case studies or carefully constructed arguments based on social science studies. “I think that our friends who we want to encourage to read ought to spend 40 percent of their reading time on fiction,” he said. “I don’t usually make it through 1,000-page novels, but I finished Haruki Murakami’s 1Q84. It’s about people; it’s about relationships; it’s about the nonlinearity of life. I think if you understand that kind of stuff, you can navigate the world a whole lot better.”