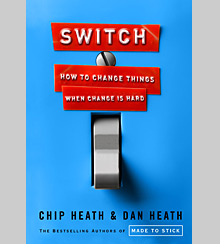 To outsiders, the fact that we built Zappos from no sales to more than US$1 billion in gross merchandise sales annually in less than 10 years makes it seem like the company was an overnight success. But there were plenty of periods in the early years when we were on the brink of going out of business.

In October 2000, I sent an e-mail to our employees that said, “Right now, because we are unprofitable with very limited cash, we are in a race against time. Our number one priority as a company right now is to get to the other side: Once we are profitable, we are in control of our own destiny, and can start doing a lot more of the things we would like to do. Until that time, we need to make sure that as a company, we stay focused on maximizing our chances of getting to profitability before we run out of money. We have a financial plan in place that makes sense and is within our reach of accomplishing, but we have to make sure we all understand what’s required in order to follow the plan.”

Ultimately, we were able to make it to the other side of profitability, and this excerpt from Switch, the new book by the insightful brothers Heath, helps explain why. It describes how a clearly focused plan for financial triage enabled an undercapitalized Brazilian railroad company not only to avoid bankruptcy, but to eventually achieve profitability. And just as essential as the plan itself was the importance of getting everyone in the company to understand and act in accordance with the company’s priorities.

Excerpted from Chapter 3 of Switch: How to Change
Things When Change Is Hard

In 1995, Brazilian president Fernando Henrique Cardoso decided to privatize Brazil’s railroads. He split the system into seven different branches (shades of Ma Bell) and auctioned off the rights to run them. Previous administrations had not invested much in the rail system, and at the time of the auction, it was a deteriorating mess. A study concluded that 50 percent of the network’s bridges needed repair and 20 percent of them were on the verge of collapse. The technologies used in Brazil were far behind those in other developed countries. In fact, the rail system was still using twenty locomotives powered by steam engines.

A private firm, GP Investimentos Limited, decided to bid for the branch known as the “southern line,” which ran through Brazil’s three southernmost states. GP was high bidder in the auction in December 1996. After an interim period of management, the firm put one of its own executives, Alexandre Behring, in charge of the company, which was later renamed America Latina Logistica (ALL). When Behring took charge, he was in his early 30s — just four years out of business school.

Behring didn’t have much to work with. ALL had only 30 million Brazilian reals in cash on its balance sheet. At one of Behring’s first meetings, a mid-level manager beseeched him for 5 million reals to repair a single bridge. Though sympathetic, Behring knew that fixing everything that was broken would require hundreds of millions of reals. The needs were profound, but he faced an unyielding constraint: ALL’s depleted bank account.

The railroad purchased by GP was in chaos, and when Behring and his team took charge, with new personnel and new priorities, more chaos was whipped into the preexisting chaos. The resulting decision paralysis should have been inescapable. And it likely would have been if Behring hadn’t made clear exactly what needed to be done.

His top priority was to lift ALL out of its precarious, cash-strapped financial state. To accomplish this, he and his 35-year-old CFO, Duilio Calciolari, developed four rules to govern the company’s investments:

Rule 1: Money would be invested only in projects that would allow ALL to earn more revenue in the short term.

Rule 2: The best solution to any problem was the one that would cost the least money up front — even if it ended up costing more in the long term, and even if it was a lower-quality solution.

The four rules were clear: (1) Unblock revenue. (2) Minimize up-front cash. (3) Faster is better than best. (4) Use what you’ve got. These rules, taken together, ensured that cash wouldn’t be consumed unless it was being used as bait for more cash. Spend a little, make a little more.

This is what we mean by “scripting” the critical moves. Change begins at the level of individual decisions and behaviors, but that’s a hard place to start because that’s where the friction is. Inertia and decision paralysis will conspire to keep people doing things the old way. To spark movement in a new direction, you need to provide crystal-clear guidance. That’s why scripting is important — you’ve got to think about the specific behavior that you’d want to see in a tough moment, whether the tough moment takes place in a Brazilian railroad system or late at night in your own snack-loaded pantry.

You can’t script every move — that would be like trying to foresee the seventeenth move in a chess game. It’s the critical moves that count.… Behring’s four rules were focused on financial triage. He didn’t have the luxury of long-term planning. He needed his people to move, immediately, in a new direction, in hopes that they could buy ALL enough time to make a fuller transformation. (Notice that he didn’t say a word about other important issues such as employee morale or marketing or R&D.) By staying focused on the critical moves, he made it easier for his people to change direction.

In 1998, for instance, the company had to turn down business hauling grain because it didn’t have enough locomotives. While its competitors were negotiating for new locomotives, ALL’s engineers worked around the clock repairing old locomotives. (Faster is better than best. Minimize up-front cash.)

Also, ALL’s engineers figured out a way to boost the locomotives’ fuel capacity so they could operate longer without refueling. This reduced downtime, allowing more routes per locomotive, just as Southwest Airlines gets more flights per plane than its competitors because of its quick turnarounds at the gate. (Unblock revenue.) Engineers also found a creative solution to the nagging problem of damaged tracks, which limited a train’s speed. Rather than purchasing new metal rails, which cost US$400 per ton, they ripped up tracks at abandoned stations and installed them on active routes. (Use what you’ve got.)

Copyright 2010 by Chip Heath and Dan Heath. Published by arrangement with Broadway Books, a division of Random House Inc.

Envisioning the futures of retail banking
As the long-established industry is reshaped, looking ahead to five far-reaching hypothetical scenarios can help focus the strategic mind.
by Eugénie Krijnsen, Roberto Hernandez, and Kurtis Babczenko
Digital issue