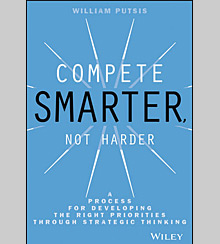 Companies have a powerful tendency to compete on the basis of their core competencies rather than on the basis of the attributes that truly distinguish them in their customers’ eyes—what William Putsis calls “salient differentiators” in the excerpt below.

There are clear reasons for this unhelpful bias. First, building a core competency in an area such as manufacturing excellence or employee training and development is utterly within the control of management. But the achievement of salient differentiators is far less certain. Customers decide whether the attributes of an offering are really differentiated, and management has no right of appeal!

Second, companies that focus on core competencies can always go to their board of directors, demonstrate their competencies, and blame the fickleness of customers or unforeseen shifts in the markets for their lack of success. But if company leaders tell the board that they plan to win on the basis of specific salient differentiators and customers respond with a big “ho hum,” it will be obvious that the strategy was wrong.

An excerpt from chapter 1 of Compete Smarter, Not Harder:
A Process for Developing the Right Priorities through Strategic Thinking


Imagine you are in the market for a color printer. Get out a piece of paper and a pen or pencil and write down all of the reasons and qualities that would make you choose one printer over another. Presumably, your list would include things like print resolution, print speed, the cost of the printer and “consumables” such as ink and toner cartridges, the ability to scan or fax, and so on. Now imagine you are in the market for a new automobile and write down the reasons why you would buy one automobile versus another. This list would likely include things like miles per gallon, body type, brand, price, safety ratings, repair costs, image, and so on.

We buy based on the offering’s attributes—not on the company’s core competencies.

It’s not that core competencies aren’t important; to the contrary, they are what enable a company to produce the attributes that customers seek out and value. However, the focus should be outward in, rather than inward out. A company must first concentrate on the qualities or amenities that customers value and then develop core competencies that deliver these key attributes—specifically, in a way that provides a competitive advantage on the key salient differentiators. Many companies in the B2B space focus on what they do well rather than focus on what customers want. It is a critical distinction.

A few years back, British Airways conducted an “intercept” survey of business travelers departing London’s Heathrow Airport. After screening to ensure that the respondent was traveling on business, surveyors asked travelers to imagine that they were flying from Heathrow to New York’s John F. Kennedy Airport. The surveyors had the respondents name the top three reasons why they would choose one airline over another. Think about what your top three would be. In the British Airways survey, the Heathrow travelers named the following three: (1) safety, (2) route, and (3) schedule.

Let’s think about this a bit, one at a time. Which is the safest airline? Though we can’t say for sure which one is, we can probably eliminate some. Would you want to fly on Aeroflot on a Yak-42, for example? But aside from those that we eliminate, we can’t really differentiate one major airline from another. So, let’s examine the second most important attribute: route. I don’t know about you, but if I were to fly from London to New York, I would kind of want to fly nonstop; I guess there’s always the Icelandair flight that stops in Reykjavik. However, again, in terms of route, I can’t differentiate one major carrier from another. What about schedule? Flights are so tightly packed on that route that there are usually seven or eight flights to choose from. So then how do I make my decision?

While safety, route, and schedule may be the most important attributes, when all major competitors are equal on these key attributes (as is often the case), consumers typically make their actual decisions based on what we refer to as “salient differentiators.” In this case, these would be things like frequent ﬂyer miles, ﬂat beds in business class, on-time performance, and so on. The ﬁrst three—safety, route, and schedule—are places where you can lose business. However, since they generally aren’t points of differentiation in this market, they’re not places where you can win business. It’s certainly necessary to do these successfully; however, it’s not sufficient. The ﬁrms that focus on the must-haves (here, safety, route and schedule) and end up on par with rivals ultimately lose business—particularly if their rivals focus on the areas that drive customers’ purchase decisions, the “salient differentiators.” Thus, you won’t gain share by highlighting your airline’s safety, since all airlines are equally safe. However, emphasizing your superior on-time performance or business class may indeed attract customers from your rivals. Make sure you have the “must haves” right, but recognize that it’s the “salient differentiators” that often win or lose the business.

Note that, occasionally, you can turn the must-haves into salient differentiators. Boeing’s 787 Dreamliner, for example, has turned route into a differentiator for both Boeing and its customers. The new, fuel-efﬁcient plane can travel longer-haul point-to-point routes using 20 percent less fuel than traditional aircraft. Hence, airlines may be able to profitably fly routes nonstop that required going through a hub before. This has the potential to create a huge strategic advantage for both the Boeing Company and the airlines that fly the 787—wouldn’t you prefer a nonstop flight to one that requires a stop and a change of planes?

Think how important these elements are in your own purchase decisions—convenience with respect to mobile phones, for example. Think about it: is there another product for which we would accept such poor quality—dropped calls, not enough coverage, all those extra fees—as we get from our current mobile phones? Can you imagine getting in your car and having it turn off mid-trip, forcing you to start it again over and over? Or hitting the accelerator knowing that it will only respond some of the time?

So why do we accept such poor call quality in mobile phones? Convenience. We gladly trade off—and pay dearly for—the convenience of getting and making a call or using data, at any place, at any time (well, almost). Do we like dealing with these issues? Of course we don’t. Would we prefer the call quality of a landline? Of course we would. But, we pay for convenience. All attributes aren’t created equal.

Business Question: What are the must-haves in your markets—the equivalent of safety, route, and schedule in the British Airways example? What are the table stakes on which you need to compete, but that won’t win the customer’s business? And what are the salient differentiators, those that will ultimately win the business?

Excerpted with permission from Wiley. Copyright © 2013 by William Putsis. 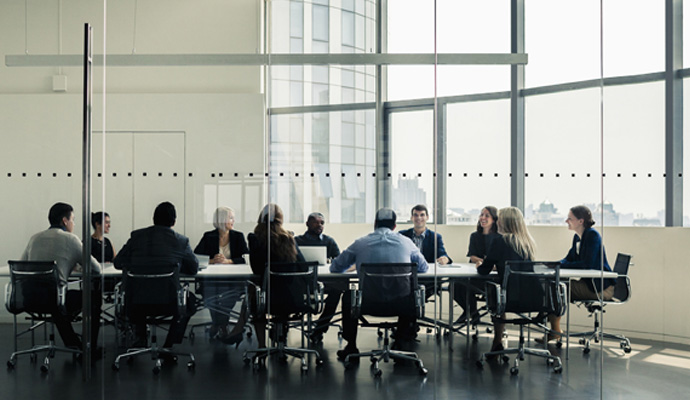