Yes, it was one of those days.

You awoke at 8:45 A.M. Your alarm system was blaring; none of your house phones worked. As you’d find out later, your bank’s online payment system had been buggy for three months, and the electric company finally cut the power to your house. Late for work, you couldn’t get the garage door open, and gave up altogether when you realized that 6-year-old Monte Jr. had hidden your car keys and your wallet the night before when you returned home from a business dinner.

Summoning the car service via your cell phone, you arrived at AmSmelt’s headquarters — where the new guard (from the newly outsourced security company, the one based in Ireland), greeted you with a simple “No photo ID, no entry, no exceptions.” You tried calling upstairs — through the new automated receptionist — but couldn’t reach a live human being; your own line went to voice mail, as your assistant was driving her kids to school, thanks to AmSmelt’s new work/life balance initiative. It was only because the FedEx guy swore he recognized you that you got in the building at all.

Upstairs, your 10:30 conference call with the engineering department was canceled because of a power outage in Bangalore; your discussion with the head of production in Baton Rouge was cut off when his cell phone went dead; the video failed during your meeting with the company you’d contracted with in San Diego to replace the human resources department.

And it was at this point — as you were preparing to fly to New York, to meet with the litigators about the hedge fund manager who’s been slamming your reputation — that you learned that the AmSmelt jet had been double booked, and the founder’s twin sons (AmSmelt directors Otto and Carl) had just gone wheels up for Cancun.

Then came 20 minutes on hold with the newly outsourced AmSmelt travel coordinator in Las Vegas, as she booked you in the last seat (39D, center, coach) on a flight to New York. A mad rush to the airport, where your wife returned your wallet, and the ticket agent handed over a boarding pass with the dreaded “SSSSS” coding, requiring a full security search. A shoeless dash to the gate — where you learned the flight was delayed as they waited for a spare part. (The very definition of “just-in-time delivery.”) And then, yes, then, the flight was diverted to Philadelphia, because of thunderstorms over New York.

When you finally arrived in Manhattan, the litigation meeting was canceled. (Something about bad sushi and Chilean sea bass.) And when you tried checking into your hotel, you discovered that the waiter had returned somebody else’s credit card when you paid for dinner the night before. And that’s where I came in — right in the middle of a discussion with the hotel clerk about attempted fraud.

Monte, Monte, Monte. I’m sure there’s a lesson somewhere in here. Something about the tyranny of technology, the downside of outsourcing, or the liability of logistics. But all I really know is that somehow, you have to climb up on that high wire again tomorrow morning — that thin beam of electrons that strings us all together — and have the hope, and blind faith, that you won’t fall off again.

In the meantime, don’t worry about spilling the wine on me at dinner. It could have happened to anybody. It was just nice to spend some time together.

P.S. An update. As you may be aware, the FCC just issued a warning against using cell phones during a thunderstorm. It seems that a certain hedge fund manager was struck by lightning yesterday, while screaming into his BlackBerry somewhere on the back nine at Baltusrol. Yr thoughts, pls.

Delivering the goods
Arriving Today offers a snapshot of a logistics industry in flux.
by Mike Jakeman 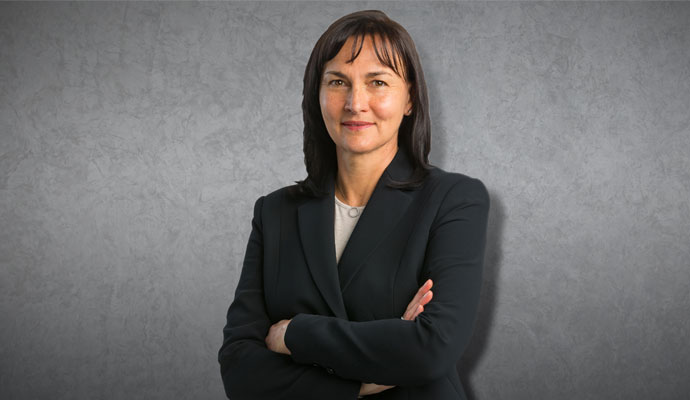 How Anglo American Platinum is reimagining the future of mining
CEO Natascha Viljoen on the company’s push to enhance safety and sustainability and to support local communities.
by Michal Kotzé and Deborah Unger
Digital issue