It’s easy to spot and celebrate the innovations that change company fortunes: Apple’s iPhone, Warner-Lambert’s (and then Pfizer’s) Lipitor, Microsoft’s Windows, to name a few. What is harder to appreciate are those innovations that aren’t the blockbusters and home runs but nonetheless play a critical role in a company’s innovation strategy. I’m not talking about the incremental improvements, but rather the value of launching new products and services that hold tremendous value even though they don’t shoot for the moon.

What follows are four perfectly good reasons, aside from world domination, to pursue innovations.

1. Innovation as placeholder. If you already have a dominant position in your market, chances are good that when a new niche product emerges in that space, your company would rather wait to see whether it matures into a clear threat before responding. But that could be a mistake. By the time the impact of that product becomes clear, you may have lost your window to launch a version that will gain traction. Instead, consider developing and launching a me-too product. Think of it as a placeholder to keep customers from straying. Once you have made the commitment, you can begin to refine your vision and build the right capabilities.

Four good reasons, aside from world domination, to pursue innovations.

Take smartwatches. The market was created in 2013 with a handful of serious competitors. Pebble shipped in January 2013; by July, most of the major smartphone makers were working on their own product, and by September, the Samsung Galaxy Gear, Sony SmartWatch 2, and Qualcomm Toq were on the market, in addition to wrist-based fitness trackers. By mid-2014, Android watches by Motorola, LG, and Asus had joined the fray. But although there was no clear winner and no clear demand, the smartwatch was threatening to become a distinct market — and one largely built for Android. Apple shipped its first watch in April 2015 and, by the end of 2015, it accounted for more than 50 percent of the market. The Watch may not (yet) belong among the pantheon of Apple innovations, but it ensured that nothing else will fill that niche for iPhone users nor shape the category’s subsequent evolution.

2. Innovation as proving ground. Smaller innovation projects can provide important but affordable ways to test new technologies, market opportunities, business models, and emerging talent. The interdisciplinary nature of developing and launching a smaller-scale project, and the reality of its outcome, can plainly show how a product or service is likely to do on the Broadway stage of your market, but with a community-theater budget.

For example, before turning out high-grossing feature films like Toy Story and Finding Nemo, Pixar made a number of short films that were relatively inexpensive and weren’t expected to turn a profit. But the shorts provided a low-cost road map to push new technologies forward and audition young directors. These kinds of projects test an organization’s ability to innovate: propelling procurement managers to work with new suppliers, materials, or processes; marketing managers to engage with new customers, channel partners, or media; manufacturing to pilot new production; and sales to roll out new offerings.

3. Innovation as trust building. Backing an innovation isn’t a single decision. It’s a web of choices and actions to which everyone in the company must commit. That commitment is the core of the innovation process and requires enormous trust among coworkers and departments. No amount of talk can substitute for the level of trust that can be built through shared experience. If you wait for the really big innovations to form these bonds, it will be too late.

Imagine that your company is working on a project that is set to launch in just a couple of months. You discover that the various business units haven’t yet committed the necessary personnel, budget, or training time needed to meet the launch goal. Why? They don’t trust the development team or one another to deliver. If your company isn’t regularly making commitments to drive new product or process innovations, you’re losing your ability to do so. People stop believing in each new project, having learned from the last that if they just wait, this too shall pass.

4. Innovation as a long game. For many innovation projects, the need to promise a certain and significant return on investment can doom otherwise viable opportunities. The traditional planning cycle kills projects not because the outlook for them is bad, but because nothing less than an overnight blockbuster will be considered a success. It’s called “giving birth to a 17-year-old” — and the class valedictorian or captain of the football team, at that. Some things just take time. Instead of thinking about whether the first product will be a success, consider whether the first product will enable you to build the right capabilities, understand the market potential, develop key partners, and guide the market toward where you want to be in five years.

Consider how Toyota introduced the Prius to the U.S. market. Hybrid cars represented a new category, one in which customers were skeptical, horsepower performance was poor, and the marketable price meant Toyota would lose US$10,000 on every Prius sold. Playing the long game, the company kept expectations low by limiting initial availability to only a few key markets. Annual Prius sales peaked in 2010, with just under 510,000 vehicles sold, but the hybrid technology has had much broader impact. It has appeared in more than 30 Toyota models, and the company has sold more than 9 million hybrid vehicles globally since the Prius’s launch, including more than 1.2 million in 2015 alone.

Blockbusters are nice, but remember that some of the best ideas have much humbler origins. The Microsoft Surface now holds 53 percent of the laptop-tablet segment, and is expected to be at 75 percent by 2020. That was hard to predict from the initial versions of Windows tablets, which launched in 2001 to poor sales. But the company kept learning. The current success of the Surface Pro 4 and Surface Book reflect valuable lessons learned about controlling the hardware, rethinking the OS, and designing the entire experience.

Don’t fall into the trap of insisting every idea must look like, let alone become, the next overnight sensation. An innovation needn’t make headlines to serve an important purpose in an organization. 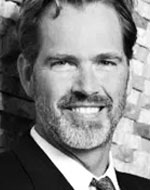 Andrew Hargadon holds the Soderquist Chair in Entrepreneurship at the Graduate School of Management at the University of California—Davis and is author of How Breakthroughs Happen(Harvard Business School Press, 2003).