Culture’s reputation as being among the “softer” instruments of management might lead you to conclude that it’s a luxury—something that gets attention in buzz-conscious Silicon Valley but occupies more of a background position everywhere else.

Yet culture is critical to business success, according to the results of our 2013 Culture and Change Management Survey. When we recently surveyed more than 2,200 global businesspeople to get their take on culture’s role in business, we saw that culture is widely seen as more important than companies’ strategies or operating models. This view of culture’s importance holds true around the world.

Nonetheless, corporate culture often doesn’t get the attention executives suggest it deserves. Only 53% of businesspeople say culture is an important part of the leadership agenda at their company. Even fewer people (35%) say their companies do an effective job of managing culture.

Our own work suggests that the problem is one of mind-set. Companies facing cultural challenges often think the answer is to try to transform their cultures by using traditional change-management tactics. But cultural situations are complex and rarely lend themselves to change through the same mechanisms or at the same pace as other parts of an organization.

While it is resistant to change itself, culture can be a great enabler of organizational change—whether the change involves digitization, faster product development, or a systematic lowering of costs. Overall, change initiatives are only adopted and sustained about half the time, our survey shows. But when companies tap into the energy and emotional commitment that are bound up in their cultures, change initiatives are far more sustainable.

In any major change initiative, it is the job of management and the people affected by the transition to figure out how to harness the strong cultural attributes of their company to build momentum and create lasting change. Companies that are able to do so—to take what we call a “culture led” approach to change—substantially increase the speed, success, and sustainability of their transformation initiatives. Based on our survey findings, the odds of success are about twice as high with culture-led change than with more conventional change-management approaches.

Key data from the 2013 Culture and Change Management Survey:

For more insights from the survey, read the full report: Culture’s Role in Enabling Organizational Change or watch the video. 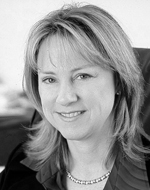 DeAnne Aguirre is an advisor to executives on organizational topics for Strategy&, PwC's strategy consulting business, and a principal with PwC US. Based in San Francisco, she specializes in culture, leadership, talent effectiveness, and organizational change management. 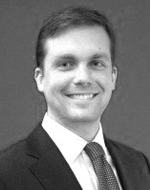 Rutger von Post is a specialist in organizations and people with Strategy& and a principal with PwC US based in New York. He is head of the Katzenbach Center in North America.