Bottom Line: Managers can recognize and mitigate the stress experienced by employees who are responsible for “necessary evils” such as laying off colleagues.

Nobody likes to be the bearer of bad tidings. But in the course of doing business, employees at many different levels must occasionally perform unpleasant tasks — actions that require them to harm others in some way for the sake of the greater good. At one extreme, doctors perform physically painful procedures to heal patients. On the other end, managers of many types are called on to deliver potentially psychologically damaging admonitions, demotions, or pink slips.

Although emotions and their effect on workplace performance are a frequent subject of study, little attention has been paid specifically to the stress, guilt, and anxiety felt by employees who are placed in the emotionally draining role of carrying out “necessary evils.” Employees can feel bad about making others feel bad — not only do they have to repeatedly witness suffering up close, but they also have to bear the responsibility for delivering it. 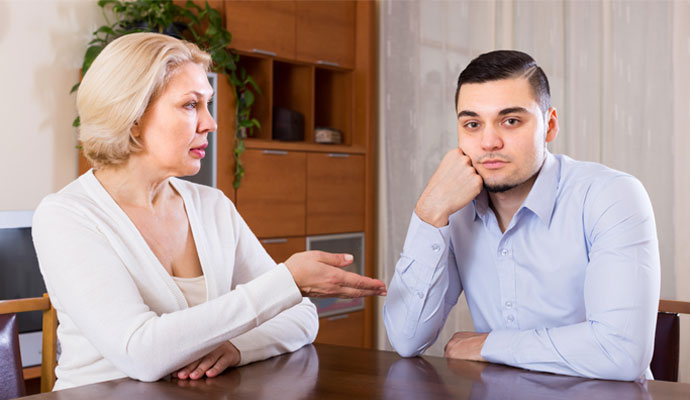 The authors of a new study set out to identify the stressors experienced by employees who carry out these tasks and the coping mechanisms they use to get by. They interviewed human resources professionals who have had to repeatedly participate in downsizing throughout their careers. Downsizing, of course, is the polite term for laying people off en masse, usually as part of a company’s strategic cost-cutting plan. Downsizing became an ever more typical part of corporate change initiatives during the past several downturns and, as a result, a common form of necessary evil.

Members of the HR department can be involved in several different phases of downsizing, the authors note. They typically help managers decide who gets laid off, lend support to their colleagues during the reshuffling, and hold the termination discussions with the employees who are let go.

The subjects of the study were well suited to speak on the topic. All but one of the 21 employees interviewed had at least eight years of experience, and one-third had logged more than 20 years in HR. More than two-thirds had participated in five or more downsizing events, and one had been involved in more than 20. They had personally, in face-to-face meetings, laid off between 20 and 250 people during their careers. Two-thirds of the study subjects were women, and all worked for large companies that operated in a wide variety of industries.

By analyzing the most common themes, word choices, and sentiments articulated by the participants, the authors found that employees experience several distinct stress triggers as a result of carrying out necessary evils. These stressors lead employees to experience a range of negative feelings, emotional exhaustion, and a desire to quit their job.

One main source of stress cited by the study’s participants was concern about the justifiability of their actions — either because they did not believe their company should be cutting jobs or because they could not properly explain to individual employees why they, in particular, were being let go. Another source of stress was what they saw as conflict in their assigned roles, in which HR employees are supposed to support employees and maintain a transparent work environment, yet are also often forced to keep a low profile during the layoff period. Additionally, they felt stigmatized by others, who, as one participant put it, “were fearful of me” and “avoided eye contact with me for days.”

Participants also reported feeling responsible for having a negative life-altering impact on their colleagues. “You’re not just eliminating someone’s job,” one participant told the authors. “You’re delivering someone a message today that is going to completely change their lives the minute you deliver that information.” And this repeated exposure to others’ pain can act like a kind of post-traumatic stress, as researchers have noted in studies of especially grim or intense lines of work. “I’m not a psychologist; I’m not a therapist,” one participant lamented.

Repeated exposure to others’ pain can act like a kind of post-traumatic stress.

Also vexing was the lack of control HR employees had over the timing and process of carrying out a termination, which was generally determined by upper management. This unpredictability unnerved them, as did the unpredictability of the type of response they might get. “The one thing I have learned through doing reductions is you can never gauge a person’s reaction,” one participant said. “You really need to be prepared for anything.”

Finally, participants complained of an inadequate recovery time between periods of downsizing, which didn’t allow them enough space to appreciate the good aspects of their jobs and achieve an emotional balance.

However, the study did find that all this negativity could be mitigated somewhat, in the HR professionals’ minds, by an adherence to professional standards and social decorum. “When people [are] losing their jobs and people are in pain, if the only thing I can do is to treat them with respect and dignity, I feel that I’ve made a positive impact,” one said.

Similarly, the participants felt better about themselves and their jobs when they could do little things to help people who were let go, whether that meant spending extra time with an exceptionally distraught colleague, advocating for the integrity of the downsizing process, or letting people pack up their office on their own time.

The authors recommend that employees who have to engage in necessary evils on the job be trained to recognize that undesirable tasks can be made more bearable and less distressing by focusing on helping others.

In particular, the authors note, businesses should pay more attention to supporting those responsible for laying off their colleagues, who add indisputable value to the bottom line and perform an important function within the organization. This means providing counseling, fully explaining the purpose and benefits of a downsizing effort, and giving HR employees “the freedom as well as the organizational and procedural latitude to help them help others,” the authors write.

Source:  “This Is How We Do It: How Perceived Prosocial Impact Offsets Negative Personal Outcomes Associated with Carrying Out Necessary Evils,” by Judith A. Clair (Boston College), Jamie J. Ladge (Northeastern University), and Rick Cotton (University of Victoria), Journal of Management Inquiry, July 2016, vol. 25, no. 3