Bottom Line: Tweets and other posts reveal that employees experience varying levels of stress throughout the workweek, and weekends aren’t necessarily a reprieve.

Whether it’s deadlines to meet or deals to close, employees have no shortage of stressors in the workplace. Indeed, in a 2015 study from the American Psychological Association, 65 percent of U.S. workers reported that their jobs were a major source of stress, which, in turn, has been shown to contribute to a range of physical and psychological maladies. Stress can make for an unproductive workplace, too, causing employees to run late, fall behind, snap at coworkers, or quit when they just can’t take it anymore.

Little research has been done on the day-to-day patterns underlying employees’ feelings of stress — which is all the more surprising given that the traditional weekly schedule serves as a powerful structure for both home and work life. But historically, it’s proven difficult to track people’s emotions and moods in real time as they correspond to their work environment.

Enter social media. In the era of number crunching and big data, new sources of information such as search-engine traffic and social media posts have enabled researchers to analyze large, representative samples of people who offer their observations immediately and without prompting. And they offer them on subjects — especially health-related topics — they might not feel comfortable talking about face-to-face. Google searches have been shown to predict the number of flu cases in a given region, and about 10 percent of the posts on Twitter are related to personal health. 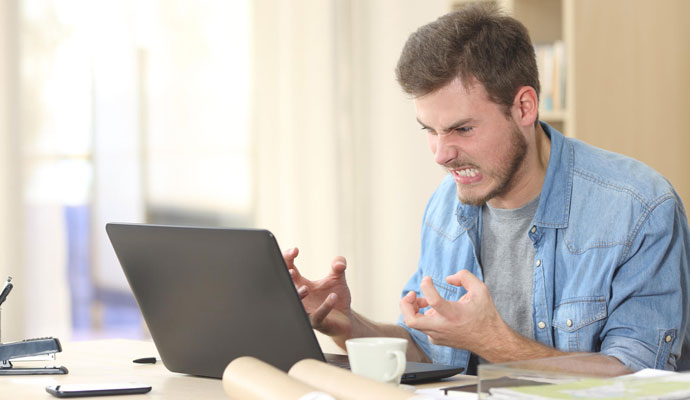 Can social media thus shine a spotlight on workers’ stress levels? The authors of a new study analyzed a database of more than 2 billion tweets from almost 47 million individuals during an 18-month period. After filtering for only English-language tweets with the words “work” or “job” in the post, the authors were left with a sample of more than 8 million work-related tweets, or about 3.65 percent of all the tweets that were sent in the U.S. during that time.

They employed a widely used method of computational analysis called linguistic inquiry and word count  (pdf) (LIWC), which translates text into psychological concepts — in this case, stress. The authors developed a dictionary containing terms that could be used to describe feelings of stress, and used LIWC to identify all of the work-related tweets relating to stress in the sample. As the subject of stress is rarely discussed by people in glowing terms, the analysis also served as an indication of the general level of negative emotions employees experienced.

65 percent of U.S. workers reported that their jobs were a major source of stress.

To examine weekly trends, the authors aggregated the text analysis results to correlate with the days of the week — all the Mondays together, all the Tuesdays together, and so forth. They could then calculate which days, on average, featured the most tweets about work-related stress.

Everybody really does hate Monday, it turns out. Tweets with mentions of work stress peaked at the beginning of the workweek and slowly declined through Thursday. On Friday, there was a much steeper drop-off, suggesting that people either are mentally ready to be out of the office or don’t see much point in discussing stressful work circumstances with the weekend rapidly approaching.

One would think the pattern would continue and that workers would largely feel stress-free when away from the office Saturday and Sunday. However, the analysis uncovered a different pattern: Negative emotions and stress-related comments don’t decrease steadily from Friday through the weekend, but actually begin to pick up Saturday and increase markedly on Sunday. Clearly, the “Sunday blues” are no myth — people begin fretting about their jobs as the weekend draws to a close and the stresses of Monday morning loom on the horizon.

The authors also examined expressions of positive work-related emotions, and found a slightly different pattern. These dipped lowest at midweek, when people are presumably deepest in the grind of work, but increased throughout the weekend, which indicates that even if people begin to express worries about their jobs over the weekend, the time off still has a balancing, restorative power that also leads many to tweet optimistically about work.

The overall percentage of work-related tweets mentioning health problems spiked during the workweek and declined on weekends, meaning the issues are more likely to be on people’s minds when they’re on the job or have spent the day toiling away. In a separate analysis of work-related and non-work-related tweets, the authors found that health issues were far more likely to crop up in posts mentioning the poster’s job than in those that made no mention of work — a strong signal that people closely tie their well-being to their professional life. Indeed, work-related tweets included physical health concerns much more frequently than they contained talk of emotions or stress.

For managers, the study provides evidence that the average employee experiences different levels of stress throughout the workweek and brings a certain amount home on the weekends. Supervisors should bear this in mind when structuring schedules and doling out assignments. They should also focus on easing employees back into the beginning of the workweek, when stress levels are likely to be at their highest. Of course, keeping an eye on employees’ social media postings could also provide a valuable window into workforce morale. Online activity offers a real-time snapshot of subordinates’ mentality far more readily and consistently than any survey or suggestion box could.