Every day in our work we encounter ambitious women who want to return to their once-bustling careers. Meanwhile, companies are struggling to fill job openings. Why the disconnect? One key factor is the persistence of six false stereotypes: prevalent myths that undermine this talented, experienced, hard-working group of candidates.

Myth 1: Women returning to the workforce want part-time work. To be sure, a large majority (74 percent) of those who participated in our 2015 research, undertaken with the University of Edinburgh Business School, do want a degree of work flexibility. But let’s be clear: This flexibility is not the same thing as part-time work.

“Part-time” has become pejorative, synonymous with jobs that are less strategic, lower status, and people who are somehow not fully committed. Let’s lose the focus on how often someone is present in the office and concentrate instead on the value they bring and what they deliver. Think in terms of actual output and be flexible about where and when that work gets done.

Take Elizabeth. When we met, she had teenage sons and had done project work while they were growing up. “I’m not finished,” she told us. “I have one last big role left in me.” After a search that lasted several months, she landed a great job working for a top law firm, full time. Her home commitments haven’t disappeared, but it works because she has flexibility. Her firm trusts her to do what’s needed, when it’s needed. 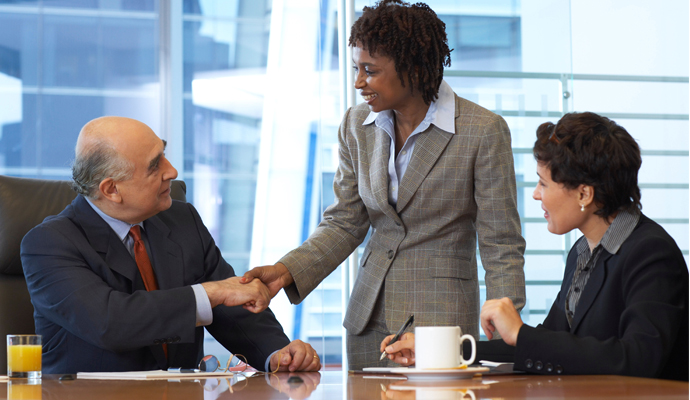 Myth 2: They lack confidence. On the contrary, these women have amassed life experience. They have navigated family events big and small: illnesses, bereavement, raising children, relocations to other countries. It’s difficult to faze them. Throw them a challenge and they’ll enact a plan. Fewer than half of the women we spoke to mentioned confidence as an issue for them.

Jenny had a successful career in advertising before leaving to raise her family. After a 10-year break, she was ready to restart her professional life and quickly realized the problem was not so much the length of her break but what had happened during that decade: the digital revolution. Needing to get herself up to speed, she found a digital-media course and was soon ahead of many of her old colleagues. This confidence carried over to her next job as social media manager for a diverse portfolio of clients.

Myth 3: Women who take time off are not ambitious. Before a person makes a conscious decision to go back to work, he or she often has done a lot of soul-searching. Returning requires a huge amount of effort: finding a way to fill any gap at home, making financial calculations, and, of course, actually securing a job.

Many women are going back for self-actualization. They seek intellectually demanding, meaningful challenges, and to be surrounded by like-minded peers. They want to be role models for their children, particularly their daughters. They also want to make a difference with what may be 20-plus uninterrupted working years ahead of them.

Ayesha had been a marketing director for a financial-services firm in London before she took a five-year break to look after three small children. Once she decided to go back to work, she had no shortage of opportunities. But she found herself turning them down — they just didn’t feel challenging enough. Then she was offered a role at a startup, working directly with the founders, where she felt she could make an impact. These are the types of roles that many returning women want.

Myth 4: They only return after full-time parenthood has ended for them. Not all women returning to work are mothers. And even for those who are, children are not always the reason they took a break. Redundancy, family relocation, burnout, caring for elderly relatives, starting a business — there are many reasons for stepping away.

Ditch the image that they’ve all been at home baking cupcakes for their rosy-cheeked brood — or any other stereotype of motherhood. The reality isn’t often so predictable. Violet’s partner was in the armed forces, and she gave up a great job as an equity analyst when he took a permanent role in the Middle East. Louise stepped away from her work as a global CFO to undertake a five-year program of gender reassignment. Christine took what she thought was going to be a year’s maternity leave but ended up being off for seven years after her parents were diagnosed with Alzheimer’s.

Myth 5: They’re diminished, compared to those who never took a break. It is assumed that the work skills of women who step away become irrelevant. But the knowledge, expertise, experience, and wisdom they gain outside of the traditional workspace adds to their value. A break recharges, refreshes, and refocuses, not to mention develops abilities that many businesses sorely need.

Many women who take a break know that they will want to return to work, and make a point of keeping their game sharp, staying connected, and applying their skills in new environments so they can be confident that they bring value when they return.

Michelle was an accountant at a large firm. After leaving, she had four children in four years. She moved from the U.K. to the U.S. and back again, ran a charity, earned an MS in organizational psychology, and helped manage a handful of property renovations for friends and colleagues. She is now the COO of a London-based property-development company. She uses the negotiating and interpersonal skills that she gained during her break to lead projects in a male-dominated industry. Of course her overall financial acumen is critical, but the specialized real estate experience she gained through her renovation work allows her to make wise decisions based on complex real estate calculations.

Myth 6: These women don’t really need the jobs. Some employers assume that a woman returning to the workforce must be privileged. She had a partner with a high salary, and stepping back from her career was a choice she could afford to make. For some, of course, (including the above example) this is the case. But for the majority, this stereotype could not be further from the truth.

When you do the math — with the cost of childcare often a close match to what one parent brings in, in addition to the costs of commuting, lunches, clothes, and the like — working simply doesn’t make financial sense for many. Most women who drop out of the workforce aren’t doing it as a luxury. They are leaving their careers because it makes economic sense for their households. And after their children reach school age, the calculations often change and working full-time becomes the smart financial choice.

Just like with any other form of bias, the best way to begin to counteract these myths is to call them out and debunk them. Make sure that your recruiters recognize that returning women can be a source of talent for many roles, not simply part-time ones; that the learning and development they’re offered ensure they have opportunities to develop their careers further; and that line managers are open-minded about where and how they will fit in their teams.

Businesses that fail to see beyond these myths will miss out on the enormous value that returning women have to offer. In contrast, those that recognize the value of these women are actively seeking them out and making themselves attractive as an employer: offering flexibility, and rewarding output instead of time spent in a cubicle. In this way they are capitalizing on all of their skills and experiences.

Ask any CEO what keeps him or her awake at night — “getting the right talent” is high on the list. We know that women returning to the workforce are an important solution in the war for talent. Don’t let stereotypes blind you to the opportunities they present.