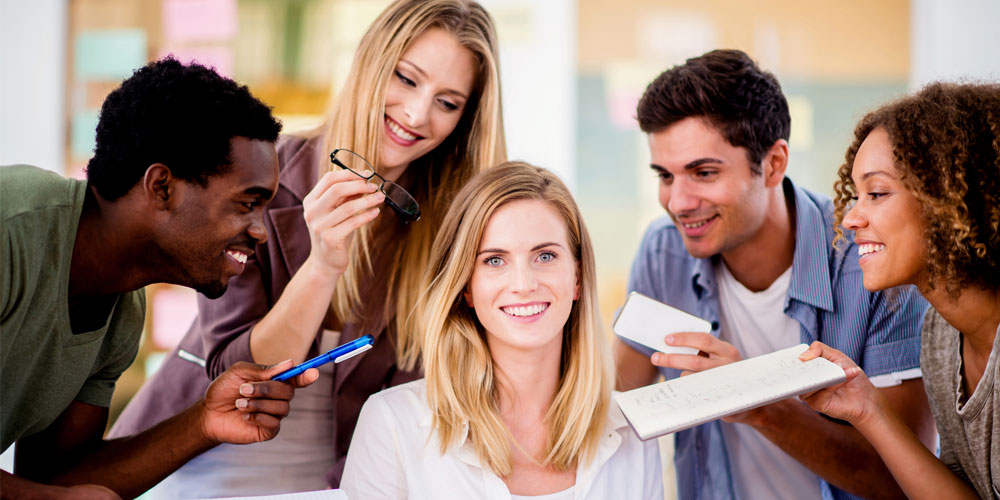 “There may be said to be two classes of people in the world; those who constantly divide the people of the world into two classes, and those who do not.”

Though the above notion has been attributed to many people over the years, including Groucho Marx, several citations suggest it was Robert Benchley, the American humorist, who first captured that idea 101 years ago in a Vanity Fair article. I confess I am solidly in the former class, always looking for “two kinds of…” frameworks as a way to simplify the complexity of the world. Yes, I know the risks of the exercise — that it can lead to oversimplification and erase the nuances of true insight. But I often find it can also help crystallize the essence of an issue.

For example, I argued in a recent column that leaders typically fall into one of two camps: selfless and self-centered. I would submit that there is a subset of this idea that clarifies how people typically try to make their way up through the ranks of an organization: those whose primary focus is managing down to tend to the needs of the staff and those who are more focused on managing up to please the boss.

This is, of course, not a black-and-white framework. Everybody who manages must do some of each. The question is, which is the first impulse? Is it to wander near the desk of the boss to make small talk, or is it to check in on a member of the team to see how he or she is doing? Keeping such fork-in-the-road decisions top-of-mind can help managers orient their approach to spend more time with their team members, who typically crave more attention than they let on.

Whether you manage up or down goes to the heart of your value system as a leader. Do you see your role as protecting, developing, and advocating for your team, even in the face of a challenge from your boss? Or do you stand and salute, and then throw your team under the bus, even if the employees don’t deserve it?

If you’ve spent some time in a corporate environment, you’ve no doubt seen the “managing up” types in action. They are the ones who tend to laugh harder at a boss’s joke than it merits. Or they create the appearance of managing their team by scheduling regular check-ins but then constantly cancel because “something else has come up.”

The reason this particular corporate animal is so dangerous is that bosses often mistakenly assume that the manager’s team is getting a similarly high level of attention. I was first tuned in to this insight by Marcus Ryu, the chairman of Guidewire, a Silicon Valley company that makes software for the insurance industry.

The reason this particular corporate animal is so dangerous is that bosses often mistakenly assume that the manager’s team is getting a similarly high level of attention.

“The thing I most dislike in an employee is two-facedness, where they manage up in a very diplomatic and collegial fashion, but they’re a tyrant [managing] down,” he said in our interview. “That’s a very common duality that you see in the business world, and it’s pernicious because you may not realize the problem for a long time.”

Ryu added: “One of the great dangers for people in my kind of role is that people are always so deferential to you. They’re always so solicitous and careful about your needs, that you may get the false impression that this is just the way they are, when, in fact, they may be just doing that only in this very narrow context, and they are indifferent elsewhere.”

It’s an important insight for a company’s HR function. Performance reviews tend to be more heavily weighted to focus downward. (“I’m your manager, and here is what I think of your performance.”) There may be some mechanism for subordinates to provide feedback upward, but it often doesn’t carry the same importance. And that’s how bad bosses often stay in their roles.

What’s needed instead is a system to ensure there isn’t the sort of two-facedness that Ryu describes. Yes, many current performance review approaches include opportunities for employees to give feedback to their manager, but team members are often reluctant to share candid feedback about their boss, because they worry it will come back to hurt them.

One example of an effective model comes from Aron Ain, the CEO of Ultimate Kronos Group (known as UKG), an HR software company based in Lowell, Mass. The company started a leadership training program for its managers several years ago, but then realized that it didn’t quite know whether those managers were still struggling to lead their teams effectively, even after they had gone through the program.

That led the company to create its own “Manager Effectiveness Index” (MEI). All managers in the company get an MEI score that’s rated by their team members based on how effective they are in their role. The score is derived from 19 specific questions that employees on a team are asked twice a year, including: Does your manager have a deep concern about your career and your future? Does your manager discuss with you what your personal ambitions and goals are?

“Some people say that twice a year is too much,” Ain told me. “My attitude is that if you’re working for a terrible manager, I can’t wait up to a whole year to fix that problem.”

Ain said the new surveys closed a gap in understanding at UKG — a gap that likely still exists at companies that rely on employees’ “engagement score” with the organization as a measure of morale. “Many managers used to assume that if the engagement score on their team was really high, then they must have been doing a good job,” Ain explained. For UKG, he said, an engagement score “doesn’t measure effectively the relationship between the employee and their manager, and that’s what we were missing.”

Assessing that relationship is a step that organizations can and should take to ensure that there is greater transparency into the quality of managers in the organization, and that those managers have the proper balance of managing up and down. But finding and keeping this balance is not simply a matter for HR. For everyone who manages people, this is a look-in-the-mirror exercise to decide your own guiding principles as a manager and leader. What matters most to you? How will you navigate those moments when you can choose whether you are going to focus on managing up or down? In such moments, what are the subtle lines you will not cross?