Meryl Streep, Lady Gaga, Oprah Winfrey, and Johnny Depp, to name but a few high-profile stars, have all talked openly about their battle with insecurity. How many business leaders can say the same? Yet despite the general lack of recognition among executives, in my view—based on my experience working with the leaders of companies in more than 30 countries for 20 years—insecurity is one of the most damaging diseases afflicting business today.

Think back to your last meeting. Did you come away feeling empowered and energized? Or was the meeting edgy and tense, ready to boil over into bad-tempered comments or rebukes? Sadly, I find that the former, positive experience isn’t common enough, and that this can often be attributed to the insecurity of the leader. Appearances aside, if leaders are not confident in their right to be in the position they’re in, the effects are contagious. It’s common for people to start mirroring the behavior of the people leading them—and it all goes downhill from there.

A little insecurity, like stress, can give a boost to performance. But too much insecurity can act like a straitjacket on the business, constraining curiosity and dampening innovation. Insecure leaders find themselves hyper-focused on the short term, even though they might like to plan for a longer period of time. Our own survey of CEOs around the world showed that 12 percent of CEOs applied a one-year planning time frame; of those 70 percent would like to plan for three years, five years, or even more. Insecure leaders also tend to look inward or, at best, only at their immediate competitors, and as a result they don’t encourage their people to look for new influences and ideas. Groupthink prevails; who would dare to really speak out with a different point of view in such an environment?

Insecurity also wastes huge amounts of energy—energy that could be best directed elsewhere. Insecure leaders are always “on,” unpredictable, and tense (they often breathe less, too). They find they’re never quite sure where they stand, so they’re always trying harder to impress. They are always the first to respond to an email or to an invitation, whether it’s a smart use of their time or not. Moreover, they wrap a control cloak around the organization, always needing information about what’s going on. As a result, the business is on edge: People become fixated on responding to the events of the day, instead of focusing on strategy execution. In financial terms, insecurity adds risk and uncertainty, limits efficiency and productivity, and hampers the revenue-generating potential of a business. It reduces the cash flows, and, in turn, value to shareholders.

Insecure leaders wrap a control cloak around the organization.

The root causes of insecurity can be found in a person’s psyche. Perhaps the world leaders face (their customers, competitors, partners, regulators, investors, and so on) has become more complex, and they feel that their skills don’t stack up. They may think (rightly or wrongly) that their family or friends have expectations they don’t feel they can fulfill. Something in their personal history could be undermining their confidence in their own abilities. Or they could simply be internalizing the insecurities of others on their team.

Fortunately, there’s an antidote. It requires a focus on emotional intelligence (EI). Evidence points to the benefits of investing in the psychology of the people you work with, in terms of employee engagement and organizational performance. A 2013 study at Amadori, a European supplier to McDonald’s, demonstrated this positive link, as did a University of Portsmouth study into the benefits of coaches with high EI in the run-up to the 2012 Olympics.

Behavioral economics gives us some insight as to how to do this in practice:

• Encourage openness in sharing objectives and development plans, making a strong, public commitment to help one another. It sounds obvious, but not enough leadership teams do this. It’s a foundation for the other changes.

• Give colleagues space to talk about how they feel, to continually learn, and to raise challenges. What comes across as overconfidence may, in fact, just mask a person’s inadequacies.

• Reframe insecurities into challenges, which the team can then come together to solve.

• Write down the insecurities: It’s very rare that people take the time to record their hopes and fears.

• Get a sense of perspective. Rarely do the “losses” people care about (such as losing face or reputation) really matter that much (as my Mum used to say, “is it really life threatening?”).

Effective leaders will follow these steps and build a culture based on confidence and support. So, if you’re feeling on edge, don’t wait till your insecurity spreads and infects your organization. Take a deep breath—and take action. 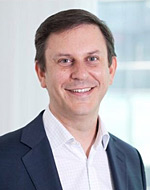 David Lancefield is a strategist and coach who has advised more than 35 CEOs and has led 15 digital transformations. He is a contributing editor of strategy+business, and he also hosts the interview series Lancefield on the Line and publishes the email newsletter Flashes+Sparks. Lancefield was a senior partner with Strategy&, PwC’s strategy consulting business.