Note: This is the third post in a three-part series that explores how CEOs are responding to some of the key challenges raised in the PwC Global CEO Survey. Read the first post here and the second post here.

When an engine exploded on Qantas flight QF32 on Nov. 4, 2010, endangering the lives of 469 passengers and crew, the plane’s captain, Richard de Crespigny, didn’t curse, panic, or pray. Instead, he relied on the supreme trust he had in his organization and teammates.

With admirable skill, de Crespigny worked with his colleagues to safely land the plane at Singapore Changi Airport, where it had taken off. “I’m incredibly proud of all the teams in my airline that got all those passengers not just down on the ground but home,” he told the Sydney Morning Herald. “That is not luck. My airline has spent money, and we’ve done the hard work.”

When an employee expresses such profound trust in his organization, it helps to engender trust among consumers, too. These days, though, many CEOs worry that confidence is waning. PwC’s 21st Global CEO Survey found that most CEOs (65 percent globally) are concerned about declining trust in business, even though only 18 percent think it’s a problem for their own organization. But all CEOs should be thinking about how to build trust — with customers, shareholders, and employees — and they should start by being more transparent. 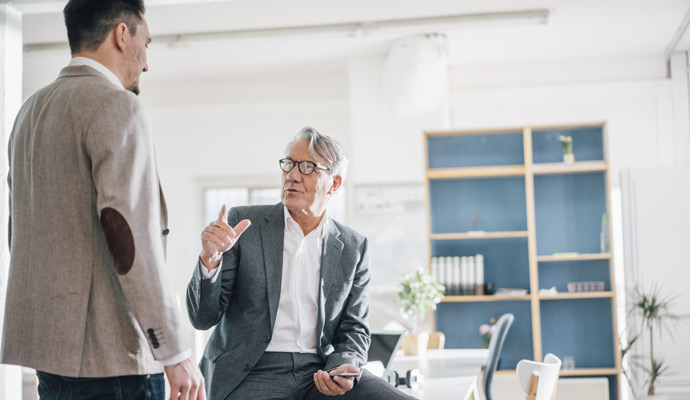 How Can Businesses Maintain or Restore Trust?

Creating a company culture of openness is a lot more complex than merely complying with laws and regulations that protect profits and self-interest. Genuine trust is a force for good. It requires constant focus on customers and community expectations, and honesty with these and other stakeholders. CEOs can improve transparency by asking four key questions.

1. Are you consistently communicating what your company stands for? Sending a clear, authentic message — internally and externally — about what the company really stands for will build trust. Qantas, for example, has spent years cultivating a culture of genuine concern for customer safety, and this theme of care for others has been repeated in its company messaging, including CEO Alan Joyce’s support for same-sex marriage rights in Australia last year.

Genuine trust is a force for good. It requires constant focus on customers and community expectations, and honesty with these and other stakeholders.

2. Are you personally encouraging transparency in your organization? CEOs should ask themselves what they can do to promote openness. For instance, business leaders can engage with employees by going on site visits and walking the floors, and should permit staff not only to speak out when they see something that doesn’t sit right, but encourage them to. Embedded incentive structures mustn’t inhibit honest, direct communication.

3. How effective is your governance structure? Good governance is critical to building transparency and trust inside and outside an organization. For example, in Australia, the Royal Commission into Misconduct in the Banking, Superannuation and Financial Services Industry, which was established in late 2017, received more than 10,000 submissions, and its findings have revealed widespread misconduct in the sector. Better oversight is clearly necessary and would go a long way in rebuilding consumer trust. But transparent reporting is only a prerequisite for effective board engagement on this and other such issues. It’s also important for the board to engage in robust debate and, when appropriate, challenge the CEO and other leaders, the decisions they make, and the outcomes. CEOs need to think about the imperative for better oversight as a positive development — good governance promotes a healthy organization, and a healthy organization is one that people have confidence in.

4. Are you leveraging technology to improve transparency? New technology, such as artificial intelligence and machine learning, means that CEOs have access to more information about their organization than ever before. With the ability to analyze billions of data points in milliseconds and see patterns humans might miss, the opportunities to uncover new insights are practically endless. For example, data applied to a payroll system could provide a detailed analysis of pay imbalances between genders. But if technology is to help drive transparency, companies must be willing to share these types of results — good or bad — with their stakeholders and explain how they’re acting on them.

These four questions aren’t a panacea that will guarantee success, but they are intended to prompt reflection. It can be difficult to build transparency into a culture that’s lacking it, but the public and employees will likely come to expect it in order to trust in the businesses that serve so many facets of life. Those CEOs who answer this call will be glad they did — so that even when an engine explodes several thousand feet in the air, there is a calm, clear, and immediate response.

PwC’s Global CEO Survey: Providing unique insight into the thinking of corporate leaders around the world, PwC’s annual Global CEO Survey covers issues such as the prospects for economic growth, the challenges in building a workforce, the threats facing companies today, and the impact of AI. 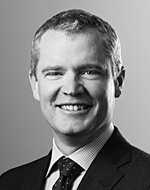 Matt Graham is managing partner of PwC Australia's assurance practice, leading a team of more than 2,000 people who deliver confidence and insights to clients and provide trust where consumers and stakeholders demand it.