It was 50 years today — on June 27, 1967, a few weeks after the Beatles released Sgt. Pepper’s Lonely Hearts Club Band — an innovation came out of England that transformed an industry and changed consumer behavior around the world. The first automatic teller machine came into use at a Barclays Bank branch in a London suburb. As technology historian Michael Lamm points out, the tech was nontrivial: It brought together innovations in photography (to recognize deposited bills), financial security (including the invention of the PIN), vacuum-based mechanics (for dispensing cash), magnetic coding (for ATM cards), printing (for receipts), and industrial design (to forestall theft, the steel was tough enough to resist an acetylene torch for eight hours). In the ensuing half-century, the ATM has proved to be one of the most important innovations in the history of banking — and beyond. Although it is often taken for granted today, this device changed shopping and weekends, and was the forebearer of the on-demand economy.

Consider its effect on banking. The ATM rapidly eliminated bankers’ hours. A customer could grab cash on the way to the bar on Saturday night or to a church on Sunday morning. (One of the primary inventors, an engineer named John Sheppard Baron, was said to have proposed his design because he failed to get to his bank on time one day after taking a bath.) For the first time in banking history, customers could interact directly with the bank’s books and records, with no bank employee in between. As a side effect, the ATM eliminated a lot of bank tellers’ jobs. It also slashed the cost of opening a new location, paving the way for banks to proliferate. That, in turn, meant consumers didn’t always have to switch banks if they changed jobs or moved. 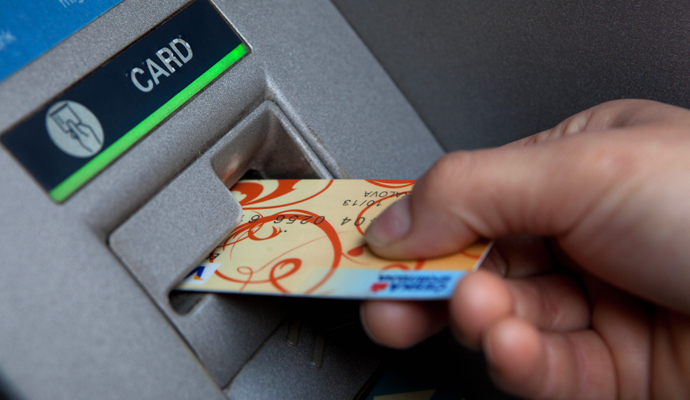 The ATM put banks on an innovate-and-upgrade cycle, changing a staid industry into one that steadily introduces new features and functions. Today, as banks start to feel the heat from digital upstarts offering mortgages and low-interest unsecured loans, ATMs are evolving. Their user interfaces increasingly resemble smartphone banking apps. Many customers regularly use both platforms interchangeably, little realizing that the apps couldn’t exist without the design principles that ATMs first displayed.

Without warning, the ATM created a revolution in human-centered design that affected all technologies. “Before [the ATM], service delivery was all people-to-people,” said Tim Brown, CEO of design firm IDEO, in an interview for our book, Woo, Wow, and Win: Service Design, Strategy, and the Art of Customer Delight (HarperCollins, 2016). “Not just in banking, but everywhere. Technology didn’t show up in the customer experience — it was in the back office.” Of course, jukeboxes and Automats had been around for decades, and pump-your-own gas stations had recently been introduced. But the field of customer-facing interface design had just begun to emerge. As the ATM took hold, many people in services businesses realized for the first time that providing a high-quality user experience mediated through technological devices could give them an advantage.

The ATM might seem impersonal, but the relief it gave consumers strengthened the institution’s bond with them.

The ATM was a challenge for designers. It had to be clear and simple enough for an inexperienced person to navigate. It had to be reliable and trustworthy, and consumers had to sense that trustworthiness. It had to be faster than a teller. And the designer needed to translate these vague but critically important attributes into specifications, and make it possible to deliver consistently. As you might expect, early versions of the ATM were less than user-friendly. Some required special tokens. Others used cards with a type of magnetic strip that turned out to be radioactive. A few had an unfortunate tendency to eat customers’ cards. But as banks continued to use the ATM as a laboratory of customer experience, the design and value of this innovation continued to improve, until it became a linchpin of everyday experience.

There are at least four lessons to be learned from the ATM about how human-centered design can improve the value of an innovation:

• Fix your customer’s pain points, not just yours. The ATM solved multiple customer problems: the inconvenience of bankers’ hours, the inability to get cash anywhere, the feeling of helplessness when cash was not accessible. This was at least as important as reducing the banks’ costs. Compare that to self-checkout kiosks, whose primary effect was to cut retailers’ expenses. They were touted for convenience but (as the London Telegraph reported in 2016) some were so frustrating that they made consumers more likely to shoplift. The ATM might seem impersonal, but the relief it gave consumers strengthened their bond with the institution.

• Innovate at the right cadence. ATMs have changed a lot over the years, but not hastily. Don’t add new features so fast that customers lose their feeling of familiarity.

• There’s nothing wrong with being second to market. Many ATM innovations — deposits without deposit slips, for example — started with one bank. Other banks that adopted it later didn’t suffer.

• Put a premium on your customers’ time. People have come to expect instant gratification when they order a product online or use a kiosk, partly because of their long experience with the ubiquitous ATM. Your service must be designed to be fast, or people will get frustrated and look elsewhere.

Finally, the example of the ATM shows that human-centered design doesn’t necessarily need person-to-person interaction. Customers prefer the convenience of the machine to conversations with bank tellers. Today, as banks continue to innovate, they are adding the human touch back into the user experience, designing hybrid ATMs that include telephone and live video links to tellers. In the end, the ATM transformed banks into a role model of business empathy: for understanding customers’ feelings, behavior, and needs. Like Sgt. Pepper, the ATM is 50 years old this year. We will still need it and we will still feed it when it’s 64.