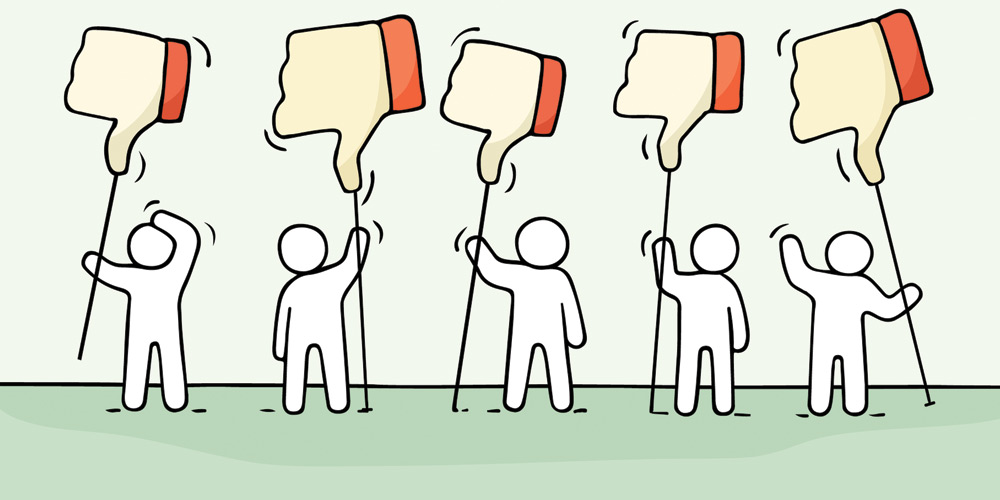 The rise of fake news stories across the Internet is a troubling trend. As of 2017, two-thirds of Americans got their news from social media, and the disconcerting influence of fake news — intentionally false but realistic-looking articles promulgated by clickbait and tabloid websites, as well as extremist political groups — is likely to intensify as the Internet continues to replace traditional media as a news source.

This is worrisome for society, and for traditional media outlets, but businesses in general have particular reason for concern. Websites that propagate misinformation often try to add credibility to articles by placing mainstream ads next to them. The tactic is possible because many large brands advertise through third-party or automated platforms. As a result, marketers lose control over ad placement, and brand ads can appear next to fraudulent content that does not reflect, or that even conflicts with, a firm’s values. It is thus crucial for firms to understand how the proliferation of fake news might harm their marketing efforts.

Websites that propagate misinformation often try to add credibility to articles by placing mainstream ads next to them.

Since the fake-news phenomenon is so new, there is not yet much data on it and its relationship to brand perception. A new study aims to start filling that gap. The study’s authors found that brands marketing themselves on the Internet can be tainted by association when their ads run next to fake news articles. The result is consumers who are less likely to patronize the brand, visit its stores, or spread positive word of mouth — sobering notions in an era when Internet advertising is a cornerstone of many marketing strategies.

The authors conducted an experiment involving two news sources: a respected journalism outlet widely regarded by millennials, gen Xers, and baby boomers as trustworthy, and a well-known clickbait site generally viewed as untrustworthy by all three age groups. Participants were shown a Web page with the logo of one of these two sources at the top, along with a fake or real news story (it should be noted that the fake stories had actually appeared on clickbait sites; the researchers used these articles to make the study as applicable to the real world as possible).

Finally, the website included a real ad for either a well-known or a comparatively obscure car company, which ran alongside the news story as it would on a real-world website. This was to account for the fact that more popular or famous brands might override the effects of fake news.

The authors found that a factual story had no effect on participants’ opinions about the brand advertising next to it, showing that in real news contexts, there’s no intrinsic connection between the content of an article and the perceived credibility of a brand that appears adjacent to it.

But fake news had a decidedly negative effect on the readers’ attitudes — notwithstanding whether it appeared to be on a “trustworthy” or “untrustworthy” site. People’s perceptions of a news article’s low credibility transferred to their opinions about the brand, and they said they would be less likely to buy the brand’s products, visit a store, or speak positively about it.

Interestingly, this was true regardless of the opinion participants held of the website’s integrity before encountering the news article — meaning that one story was enough to sway their opinion and have it spill over to the brand. It also didn’t matter whether the brand in question was renowned or less well-known, demonstrating that the negative drag of fake news applies to companies on both ends of the recognition spectrum.

The authors tested for individuals’ ability to discern deception, and found, again, that fake news was insidious enough to have an influence on people’s perceptions of a brand regardless of their aptitude for sniffing out a fake story.

Because of the finding that people’s attitudes toward a brand change no matter the source of the fake news story, the authors suggest that marketing managers carefully monitor the content of all websites on which their ads appear.

Although some social media sites have recently pledged to work with independent fact-checking organizations to flag questionable content on their platforms, fake news represents a growing problem for companies.

In 2017, firms spent more than US$200 billion on Internet advertising, making it the first year that companies spent more on online marketing than on ads in traditional media. Meanwhile, a 2016 Gallup poll revealed that people’s confidence in the media’s ability to report accurately has never been lower: Only one-third of Americans say they trust the media.

“These two trends will bring advertisements and fake news into increasing collision, which has significant implications for not only marketing, but also…companies’ reputations,” the authors write.

Source: “Fake News, Real Problems for Brands: The Impact of Content Truthfulness and Source Credibility on Consumers’ Behavioral Intentions Toward the Advertised Brands,” by Marco Visentin, Gabriele Pizzi, and Marco Pichierri (all of University of Bologna), Journal of Interactive Marketing, Feb. 2019, vol. 45