Last week’s surprising Brexit vote — and its ongoing fallout — was a great illustration of how, in an age of endless information, smart algorithms, and the relentless aggregation of polling and sentiment indicators, it’s possible for lots of extremely smart, data-driven people to get it wrong. And it’s a cautionary tale of how instinct and the desire to transform ambiguity into certainty can steamroll probability, especially when predicting the outcome of a profoundly important, emotionally charged public event.

Brexit calls to mind the famous line from Pauline Kael, the longtime film critic of the New Yorker, who professed shock that Richard Nixon could have won the 1972 presidential election: “I only know one person who voted for Nixon.” Nixon didn’t just prevail in the 1972 election — he won in a massive landslide, 60 to 37 percent.

There was an element of this insularity at work in the analysis of, and reaction to, the vote on the U.K.’s referendum on remaining part of the European Union. Voters who lived in cosmopolitan London, home to vital interconnected financial, media, and cultural institutions — and where many people live, work, and exist in global markets — tended to favor Remain. And why not? These are people who are inclined to benefit from being part of Europe and for whom belonging to the E.U. is part of their identity. When I visited London in April, of the many people I met and spoke with, not a single one said that he or she favored Brexit. 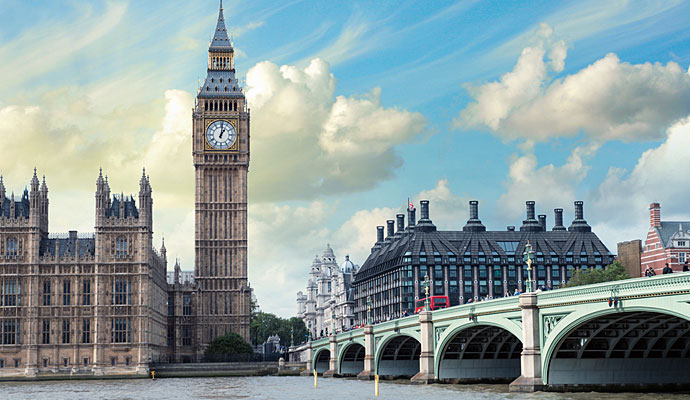 Now, in theory, we all live in a perfect market for information. With social media, television, and the Internet, most people have the ability to be exposed to information from a variety of streams and sources. We should be able to tap into all the sentiments that are out there.

But we tend to select — to friend and follow — those with whom we are sympatico. Even those who think they are open in principle to ideas they consider disagreeable tend to avoid those ideas in practice. (It’s only natural for people to seek the company of fellow members of their respective tribes.) When we curate our own feeds, it’s easy to block the information that makes us uncomfortable and fearful, and to include, amplify, and share the information that makes us feel comfortable and secure. When you have a particular worldview, and when you are surrounded by people who share it, you dismiss evidence contrary to your outlook. That poll showing that large numbers of people aren’t comfortable with the current arrangements? It must be an outlier.

The Brexit vote put a spotlight on a feedback loop that is often hidden.

The Brexit vote also put a spotlight on a feedback loop that is often hidden. That’s the one between the opinion leaders, the financial markets, and the betting markets — the exchanges where people place real money on the outcome of events, even as they are unfolding. The betting markets are supposed to be reliable predictors because, in theory, they are relatively unfettered by bias or any consideration except making money. But the effectiveness of the betting markets as predictors has turned out to be illusory.

The betting markets followed the polls. The polls were, as they often are, ambiguous. The Economist’s polling aggregate throughout May and June 2016 showed the results almost tied, and on June 23, voting day, showed them to be exactly tied: 44–44, with 9 percent undecided. The Financial Times’ polling aggregate showed a similarly tight race in the last several weeks. But participants in the betting markets apparently processed the information about a roughly tied result as a strong vote in favor of Remain. Why? In previous referenda, most recently the one on Scottish independence in 2014, undecided voters had split disproportionately in favor of the status quo on the day of the vote. In addition, the momentum in the polls was shifting subtly toward Remain. And so the day before the vote, in fact, a leading betting market was forecasting a 76 percent chance of Remain and a 24 percent chance of Leave.

The equity and bond markets gained confidence, in turn, from the betting markets as well as the polls. On June 23, stocks in London and elsewhere rose sharply on the sentiment that Britain’s voters would vote to remain.

Think about it. Polls showed a tie, or a narrow margin for remaining. In any case, they were well within the margin of error, indicating a roughly 50–50 probability for either outcome. But the betting markets translated that information into far greater certainty. And investors in turn professed even greater certainty, putting large sums of money to work on the assumption that Remain would win.

At some point, in other words, the processing of data gave way to personal desire, groupthink, bias — whatever you want to call it. Translating polling data into asset-allocation decisions requires human judgment. And when instinct kicked in last week, by and large, those who were making the decisions about putting money to work were personally, culturally, and emotionally invested in one side of the outcome. As a result, they processed information and made decisions accordingly. That’s one of the reasons the market reversal was so swift in the wake of the actual ballot results. The Leave vote didn’t just shatter the conventional wisdom — it was a direct affront to the worldview of many market participants.

The exchanges and markets turned individual opinions into a collective phenomenon. That process amplified, and is still amplifying, the dramatic way in which these events are unfolding.