Like politicians, business leaders and their ideas are elected. Not by a formal vote, of course, but by winning the confidence and support of others in their organization — people who enthusiastically endorse their abilities and points of view. Gaining support is not an easy task, and many leaders fail because they’re not good at it. Their pitches fall flat, and they are left struggling to motivate and engage because they can’t articulate a clear message.

That is not a problem Donald Trump appears to suffer from. In spite of his having polarized the U.S. electorate, his ability to make an impression with enough voters in the right states has taken him to the White House. One reason Trump’s opponents felt sure he wouldn’t win is that he routinely violates so many of the classic principles of effective speaking. He talks quickly, bounces from topic to topic, emphasizes the negative, and often fails to finish his sentences or provide details to substantiate his assertions. And yet his political successes have been clearly linked to his oratorical style.

Whatever you think of his themes or his style, there is something to learn from Trump’s way of speaking. It’s not his bombast or his impulsiveness that persuades others; it’s his ability to stick to a story line. Below the riffling surface of his stream of consciousness, there is always a carefully crafted narrative that frames reality in extremely simple terms. It’s this story that makes an emotional connection with people, even if they are predisposed to resist him. 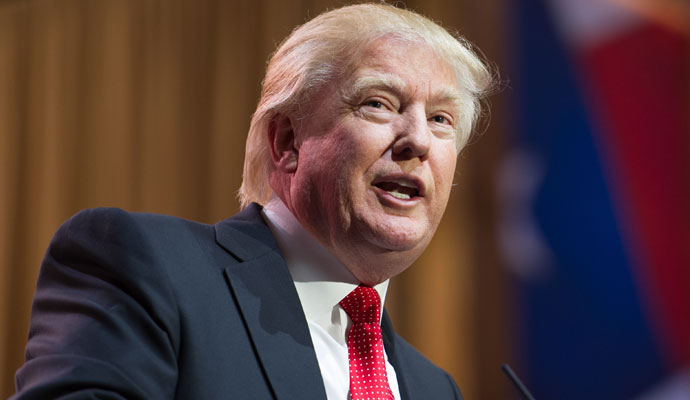 A few writers, who noticed Trump’s ability to connect this way, predicted he would win during the campaign. One was Dilbert cartoonist Scott Adams, who called him a “master persuader.” Another was Donald Miller, author of Blue Like Jazz: Non-Religious Thoughts on Christian Spirituality (Thomas Nelson, 2003). Miller wrote that as people seek to make sense of the complex world around them, they are drawn to narratives with “a clear and condensed version of life.” Trump won because he delivered that type of story.

Consider the elements that Trump included in his story. The lead character was a particular vision of the American voter, feeling helpless and angry. The basic problem, in Trump’s view, was a country being destroyed by “loser” politicians. To the extent he talked about policy, his solutions were as basic as they could be: Stop illegal immigration, reject or renegotiate trade deals, close the borders, and bring jobs back from overseas. He presented a lot of what without the how, and ended each speech by making a call to action: vote for Trump. Through means like these, according to Miller, he created an emotional connection to people who felt disregarded by their country’s “elite.”

Articles and polls have suggested that Trump’s coarseness, bullying, and self-aggrandizing rhetoric were off-putting even to many of his supporters. But they voted for him nonetheless because they felt that he was a mouthpiece for their most deeply held concerns. He understood how to make them feel better and focused on messages that accomplished this. Trump has said this was a deliberate strategy, that he carefully crafted his message to win. For example, he organized his campaign around the electoral college; if it had been a pure popular vote contest, he would, he claims, have tailored his narrative to connect to audiences in New York and California.

The best pitches, as Miller points out, are not only short and sweet but also tap into emotions so directly that they turn off the rational part of the brain, inspiring people to follow by instinct rather than logic. That helps explain why Trump never seemed to care about the lack of concrete details in his proposals. He believed he didn’t need them to win.

I saw the power of Trump’s approach in conversations throughout the campaign with a die-hard Trump supporter who I trained with twice a week at a gym. A military vet who believes that the country has changed in ways that seem alien to him, he is frustrated with unwinnable wars, stagnant income, political correctness, and government leaders out of touch with regular people’s needs. He sees himself as the central character of the election story, and the Washington establishment and globalists as the villains. For people like my trainer, Trump’s narrative offers hope that the guy who speaks to their reality has the power to “make America great again.”

How much of this approach should you adopt? As a leadership coach, I would never recommend Trump’s “win at whatever cost” approach to influencing others.  But I would advise mastering the art of crafting a story that offers people hope — in themselves and in you, their leader or guide — by drawing a line that evokes not “what is” but “what could be.”

Pitches are simple constructs of complex messages and, as such, are deceptively difficult to craft. To connect with people, you need to make them feel like the hero of your story. If it’s a story about runaway projects, they’re the ones with the courage to speak up about excessive costs and delays. If it’s a story about improving the bottom line, they’re the ones willing to make the difficult changes that will increase profits. Though you’re the storyteller, it’s not your story. You’re the guide, who understands people and can take them to the finish line — if you can persuade them to follow your call to action.

Gaining support is not an easy task, and many leaders fail because they’re not good at it.

You often see people in companies try to make a case for big projects by relying primarily on logic. They lay out all the nuanced details, inevitably using a great deal of jargon to ensure that the technologies and practices are described in full. To them, they’re being knowledgeable and persuasive; but to others, the implicit message is that they see themselves as smarter than everyone else. In other words, their desire to be complete and substantive comes through unintentionally as a lack of respect for the listener, and this ensures that the pitch will not connect on an emotional level.

Trump avoided this by sticking to simple pitches that link directly to his overall story. To be sure, there are limits to his approach. Connecting emotionally may be enough to win elections, but it isn’t enough to succeed in a truly complex situation. If pitches, in their clear and simplified form, do not represent reality, the organization — and its people — will ultimately be left worse off than it was before. That’s why it’s critical to craft stories with integrity and to understand how to deliver what you promise. If you can do those two things, then a simple, clear pitch can raise your own game and mobilize others to stand with you to create positive results.