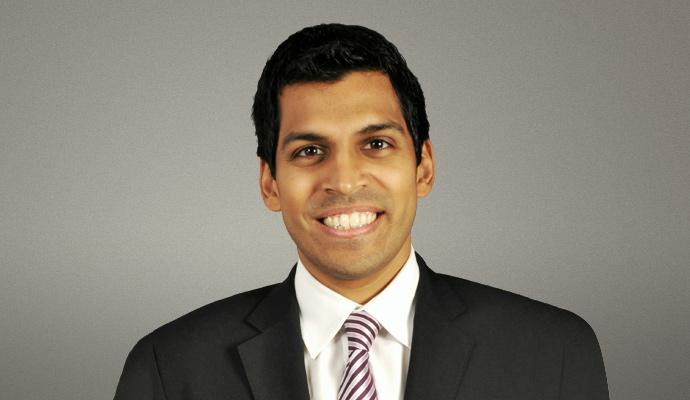 When news breaks, people expect public figures to respond. Company leaders are now often included in this category, as social media connects them with their customers in unprecedented ways. What’s a CEO to do? How much does a chief executive risk by speaking up about social or political controversy — or is staying silent a worse offense? These questions loom particularly large during a U.S. election cycle that has raised the profile of many polarizing issues.

Aaron Chatterji, an associate professor at Duke University’s Fuqua School of Business, believes business leaders should play a more meaningful role in public policy and solving social problems than most do. Chatterji has been studying the confluence of the private and public sectors throughout his career, and has had a foothold in both worlds himself. Before earning a Ph.D. from the University of California at Berkeley’s Haas School of Business in 2006, he worked in banking as a financial analyst. He later stepped out of academia to serve as a senior economist at the White House Council of Economic Advisors from 2010 to 2011.

In his teaching and research, Chatterji focuses on entrepreneurship, innovation, and the expanding social mission of business. He has found evidence for a few unsettling claims, perhaps most notably that corporate social responsibility (CSR) needs a serious overhaul. Currently he is working with Michael Toffel, an associate professor at Harvard Business School, on a study of CEOs who are vocal about social or political issues — and how taking a public stand can affect their company’s bottom line.

Chatterji spoke with strategy+business about the role he thinks 21st-century business leaders should take on the world stage, from designing CSR with greater impact to sounding off on their personal convictions.

S+B: You’ve been critical of corporate social responsibility in your work. What do you think business leaders should be doing to improve CSR?
CHATTERJI: Part of the way companies can deliver better impact is to stop replicating one another’s efforts. Almost every business wants to have an education program, an environmental program, a community-giving program. In the business world, we subscribe to the idea of specialization and comparative advantage: You rely on Amazon instead of building your own delivery infrastructure. It might be good to think about which companies are actually running the most effective CSR programs and rally behind those.

There are various ways to collaborate. Companies can work across sectors, so that they are not necessarily working with direct competitors. Or they could connect and collaborate more on social impact programs through trade associations that already coordinate among competitors to achieve common goals.

At the same time, corporations could work more with policymakers. One thing company leaders might do is use their CSR division to incubate programs, then get government organizations to take them to scale. Thinking of CSR programs as a way to experiment and try new things can be a fruitful approach. Businesses have a much wider range than does government to experiment.

S+B: For what you are proposing to work, it seems like CSR would need a universal evaluation system aimed at gauging which programs are effective enough to take to scale.
CHATTERJI: What is usually lacking in CSR is evidence, and that is something policymakers would need. CSR programs aren’t generally set up to be measured, although I’ve observed anecdotally that in the past 10 years or so there has been an increase in the number of companies that are interested in measuring impact. Of course, many philanthropic efforts are difficult to measure. How do you count the investment in a community in terms of the return? Is it the number of jobs that were created? Is it the number of lives that were changed? Does it come from interviews where people say, “My life would be different if this company hadn’t been in my backyard”?

S+B: Do you think tying CSR to a company’s core strategy — as Michael Porter at Harvard Business School has long advocated — helps deliver a stronger impact?
CHATTERJI: Yes, and I would advise corporate leaders to do less stuff better when it comes to CSR. A great way to start is to think about what your organization’s capabilities are. We know it’s hard to enter a new market and do new things that aren’t part of your existing capabilities. We shouldn’t think it’s any different when you’re dealing with social issues.

GE’s initiatives in clean energy provide a classic example. Another is UPS, which has provided logistics support to deliver supplies in emergency areas, as it did after the earthquake in Ecuador this year. Those are the kinds of efforts that I think are potentially useful. I’d separate those from companies like Ben & Jerry’s, Toms Shoes, or Patagonia, where the social mission is front and center for the brand.

S+B: Companies with a social mission as part of the brand typically start with someone at the top who had strong convictions. But your study of activist CEOs was something different — a look at how a top executive visibly committed to a certain cause can affect a brand that isn’t itself connected with a social mission. Were you surprised at the findings?
CHATTERJI: We looked at the public stances that a number of top executives have taken on controversial issues that are unrelated to the business, or at least indirectly related, and our findings were counterintuitive. A generation ago, we would have probably advised CEOs not to get involved in controversial political issues [for risk of alienating or losing customers].

In our study, we found that CEOs can frame the discourse and have an impact on public opinion, potentially to the same extent as prominent politicians. [Apple CEO] Tim Cook did this when he spoke out very publicly against Indiana’s Religious Freedom Restoration Act, which critics warned would allow discrimination against same-sex couples. Moreover, our research suggests that CEOs who communicate where they stand on a controversial issue can bring more business to their company. With Apple, we noted an increase in consumer intention to buy Apple products after Cook spoke out.

CEOs who communicate where they stand on a controversial issue can bring in more business.

And in fact, many commentators point to the pressure from the business community, including Cook, Salesforce.com CEO Marc Benioff, and Angie’s List CEO Bill Oesterle, as a key driver behind the decision by then Indiana governor Mike Pence and the state legislature to revise the most contentious provisions of the act.

Of course, there are also cases of activism backfiring. When Target announced that transgender customers could use the bathroom of their choice in its stores, more than a million people signed an online petition calling for a boycott, though there were also supporters. Last summer I wrote about CEOs, such as Cook, Drew Houston of Dropbox, and Mark Zuckerberg of Facebook, who used social media to send out statements expressing solidarity with those protesting the police shootings of young African-American men in Louisiana and Minnesota, and experienced some backlash and calls for boycotts. But we are also seeing that in the age of social media, the notion of speaking out on a controversial issue is perceived as engaging an audience. It can be risky not to speak out, because silence on an issue can be seen as a statement in itself.

In the future, we’d like to look at the effects of [a CEO] standing up for issues with a public statement versus taking concrete actions such as moving production plant locations or raising wages.

S+B: What do you think has caused this shift in the perception of CEOs’ political and social activism? Might it have to do with the more personalized approach that we have to consumer products today?
CHATTERJI: It might play into the trend toward making brands more personal, to have brands that are your friends. We’re looking at that sort of microtargeting.

Another thing we’re finding is brands using social statements to influence the way they’re perceived — to show that they want to be branded as activists in shaping public opinion. Take Honey Maid Graham Crackers, a Mondelez product. Honey Maid has been airing commercials like “Neighbors,” which shows two neighbors, one of whom is Muslim, learning to accept each other, and “Mis Hijos,” about a father adjusting to his son having a same-sex partner.

S+B: You’ve also talked about the case for business leaders taking on more official responsibilities in society, rather than just making ad hoc decisions to associate with certain social issues.
CHATTERJI: We’re going through some permanent changes in the way the economy works, and businesses could take the lead in addressing some of the consequences. We look to business for job creation. Yet I’ve found that although entrepreneurs create value, technology entrepreneurs don’t usually need to hire a lot of people. Online travel sites destroyed travel agent jobs. Netflix disrupted Blockbuster, which employed 60,000 people at its peak in 2004, and most of those jobs were lost by the time Blockbuster folded 10 years later. Education and retraining for people who lose jobs due to technological disruption should be a high priority and something the business world approaches more thoughtfully.

Could there be ways that business leaders might help with government retraining programs? They might, for example, provide more insight into how to make the folks in some of these programs as qualified as possible for jobs that are actually out there. Right now there seems to be a large disconnect between the success of our retraining programs and the fact that businesses still have trouble finding qualified people to hire.

S+B: If you’re a CEO, what’s in it for your company if you get more involved with the public sphere?
CHATTERJI: If I think about the CEOs I admire, it’s those who understand their companies’ role in a larger value chain. The value chain includes suppliers, buyers, and all the regular stakeholders that would be named in an MBA classroom, but the company is also embedded in society. The most thoughtful CEOs are thinking about the products they introduce and the impact they have on society and human health, and how to work with other businesses and governments to do a better job accounting for some of the negative sides of their products.

Whether a top executive steps out on controversial issues seems to me like a very personal choice. But I do think the ideal CEO is someone who is aware of where his or her company fits in the value chain, how it relates to society, the impact that the company could have, and the externalities it creates.

Topics: ceo, corporate social responsibility, leaders, public sector, young profs
The business insights you need to succeed. Get s+b’s best ideas delivered to your inbox twice a week.
Sign up         No, thanks