My father was the chief executive of a mid-size company that manufactured seat belts. He was enormously proud of the products, especially the weave of the belts, which came from the founder’s design of a parachute harness. He worked hard for decades, starting in the 1960s, to get mandatory seat-belt laws passed in the United States, even when most automakers did not agree the regulation was needed. Yes, the National Transportation Safety Council’s jingle “buckle up for safety” was good for business, but he also was certain the passage of the law would save lives. Before I read Christine Bader’s book, The Evolution of a Corporate Idealist: When Girl Meets Oil (Bibliomotion, 2014), I did not know what to call business people like my father. Now I know. They are corporate idealists.

Some of the most proficient business leaders start out as corporate idealists. Though my father would not necessarily have recognized himself as one, he fit the definition. Corporate idealists are employees, at all levels, who pay close attention not just to the financial performance of their companies, but to the ethical, environmental, and societal consequences as well. Bader herself spent nine years at BP, helping develop and refine their practices around human rights. As she told strategy+business in an interview late last year, she and her fellow corporate social responsibility (CSR) professionals are “committed to making sure that their companies aren’t hurting people and, hopefully, are helping them.” In the process, they become more proficient at the kind of business leadership that I saw in my father.

Some of the most proficient business leaders start out as corporate idealists.

In September 2014, I helped organize a discussion for 40 corporate idealists in New York. I learned that many of them are eager to connect with each other, especially across generations and diverse professional paths. We came together to share stories, commiserate about setbacks, and heighten our appreciation of the possibilities for helping business culture and corporate behavior to evolve. “I think the reason my story and my book has resonated with people so much is that it’s not just my story,” Bader told us during the meeting. “It is the story of this global invisible army of people fighting for better social and environmental practices inside multinational companies—with mixed success.”

Bader’s memoir is a refreshing change from the many business books—including others on the same topic of corporate responsibility and related themes—that consist of faceless management frameworks and to-do lists. There is nothing abstract about her tale of an idealistic young woman falling in and out of love with the BP corporation, and coming to terms with its complexity.

Bader began her career as a teaching fellow for a social services program run by the prep school Phillips Academy in Andover, Mass. She worked with residents in adjacent town, Lawrence, which was one of the poorest areas in the state. She then moved on to the office of the mayor of New York City. Seeing the influence of local business leaders in these domains sensitized her to the social impact of the private sector. “As a young adult,” she writes, “I saw the power of the corporate world. I wasn’t sure if I wanted any of that power for myself—I thought it might repulse me—but I wanted to see it up close.”

In 1998, she enrolled at the Yale School of Management and attended a presentation by John Browne, then CEO of British Petroleum (as it was then called). During his speech, he described his decision to break with the American Petroleum Institute and support the growing consensus among scientists that fossil fuel emissions were warming the planet. He also announced new goals for reducing BP’s emissions. At the time, he was the only major oil and gas company chief executive to take this position.

Browne’s CEO idealism was like “catnip,” to me, Bader recalls. She joined BP as a commercial analyst, and shortly thereafter seized the opportunity to become the manager of BP’s community impact for a liquefied natural gas (LNG) facility planned for a small village of indigenous people in West Papua, Indonesia. Papua is a biodiversity hotspot, and while helping 127 families to move (with BP building homes for them), she had to make sure the company did not exploit them or mismanage its “social license to operate.” The effort succeeded, and Bader was encouraged by some forward-thinking BP executives (including one of its first environmental, health, and safety vice presidents, who was Bader’s direct supervisor in Indonesia) to create a new discipline for social impact management within the company. She worked in China, managing worker and community safety for a chemicals joint venture, and in London, coordinating a global knowledge network on human rights management. She left BP in 2008 for an opportunity at an even larger scale: to work for John Ruggie, the architect of the United Nations Guiding Principles on business and human rights.

When the Deep Water Horizon explosion happened in the Gulf of Mexico on April 10, 2010, Bader still identified closely with BP. At the heart of it, her book seems to be an effort to repair her own spirit by finding out what corporate idealists need to learn in order to carry on even when there is reason to lose faith.

Bader’s motivation and determination are typical of many of us corporate idealists. We are deeply committed to what we believe, but we are also realists. As Bader says, “I obviously did not manage to transform the whole of BP and didn’t know BP as well as I thought I did. But I made the difference for those 127 households in Indonesia and those 15,000 workers in China and the people who live nearby. And that’s not bad.” 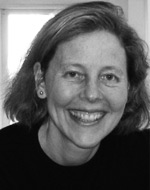 What is your crisis quotient?
A new metric can help identify potential leaders who have what it takes to thrive in times of disruption.
by Adam Bryant

Pedal to the metal
Amid rising global uncertainty, it’s tempting to hit the brakes on decarbonization, but recent insights from PwC thought leaders offer a convincing case for doing exactly the opposite.
by Daniel Gross
Digital issue