On the surface, many companies that have been deemed part of the sharing economy seem to have much in common: They attempt to disrupt incumbents by going direct to consumers with an offering that is more convenient, more flexible, and often less expensive than what their traditional rivals offer. They have created a new wave of micro-entrepreneurs able to create value by unlocking underutilized resources, such as extra space for lodging and idle automobiles. Others let customers hire someone to do small jobs, rent a bicycle from a neighbor, or borrow money. They have filled unmet market needs.

Each has also flouted regulators and asserted its right to serve customers how it chooses. The upstarts claim their new business models put them beyond what was envisioned when many government rules were originally established; the incumbents claim that the new entrants are simply ignoring what they find inconvenient or costly. The battles have garnered headlines and pushback from the hospitality and taxi industries. In some cities, the protests have been dramatic and even violent.

Conceptually, I embrace the sharing economy wholeheartedly. I like to see more efficient use of resources, individual initiative rewarded, and innovation that makes our lives easier. Sharing can help build community. I’ve also stayed in my share of lousy hotels and traveled in taxis that were cramped and dirty — bring on the disruption!

But just because all of these companies are considered to be part of the sharing economy, that doesn’t mean they’re exactly alike. Although some seemingly offer average people the chance to make extra money using resources they already have, others tend to displace other small businesses that are already struggling to make a profit. Another problem is that some of these new sharing economy companies are taking advantage of gaps in legislation, worker protections, and financial regulations in ways that blur the line between disruptive innovation and self-serving social destruction.

To their credit, they have pushed innovative change at a pace that would never have been possible with the incumbents, in some cases creating solutions to problems and needs that existing markets didn’t even see, and giving individuals the opportunity to engage in productive work. On the other hand some of these enterprises have steadfastly argued that, as platforms rather than traditional product or service providers, they can treat their drivers, innkeepers, messengers, and the rest as independent contractors. No commitment. No benefits. No minimum wage. No overtime. No unemployment or worker's compensation insurance (though rules vary state by state in the U.S.).

As consumers and, more important, as citizens, we should be cognizant of liability issues, inspection regimes, and enforcement of health and safety laws as the costs associated with workers and businesses operating outside the normal system are likely to be borne by the public. As much as some might want to suggest that current regulations arose because knuckle-dragging, mouth-breathing bureaucrats had nothing better to do, industry oversight generally has its roots in abuses or shortcomings of one sort or another.

Making these “gig” workers employees under current law, for example, does not solve the problem. There is a lot of current debate about on-call scheduling and other tactics through which traditional businesses exercise maximum leverage to limit employee hours to minimize costs and ensure that these workers do not qualify for full-time benefits. Public pressure has caused some companies, including Starbucks, to agree to back off the practice, but it has become widespread. Some have suggested a new category called “dependent contractor” to help bridge the gap to provide both work flexibility and some basic worker protections.

Access for the disabled and environmental protections are also public interest issues that need to be addressed. Providing the required accommodations for those with limited mobility can be costly, yet, at least in the U.S., federal law mandates that commercial enterprises do so. Period. Who decided that ad hoc providers of shelter or transportation should be exempt? In New York City, efforts are under way to make 50 percent of the taxi fleet wheelchair accessible by 2020. And San Francisco is requiring its commercial taxi fleet to adopt low-emissions vehicles. But neither city has leverage over gig drivers, so they regularly disregard the rules with no penalty. The consideration of public good can be lost in the scramble for microeconomic success.

Who decided that ad hoc providers of shelter or transportation should be exempt from federal law?

So how do we thoughtfully set public policy in an age of rapid technological, business, and social transformation? It is an issue that should concern every executive (as you or components of your value chain are likely to face such a disruption at some point) and every individual (because you may not want public policy dictated by profit-focused whiz kids and their VC backers).

The challenges are many: Legislation and regulation tend to move slowly while business advances at a rapid pace. Incumbent industry players have influence with politicians and other traditional sources of power, while upstarts draw on venture capital to build market acceptance before regulators can stop them. Constituencies such as the poor and elderly, often tech laggards, may become more marginalized by app-centric innovation.

Too often, the situation is framed as classic adversarial conflict. I know for certain that either trying to shove the sharing economy into the old business paradigm or taking a completely hands-off, let-a-thousand-flowers-bloom approach will produce suboptimal outcomes. Incumbents should not be sheltered from innovation by regulations but neither should disrupters be allowed a significant cost advantage because they choose to rewrite the rules to suit their interests.

Instead, it would be more productive to approach this as multidimensional problem solving. Because regulations vary at the local level, cities — or even neighborhoods — can be the right crucibles for engaging in productive dialog and forward-looking pilot programs that incorporate the needs, perspectives, and preferences of the full range of stakeholders as part of a comprehensive community approach. The charette process used successfully in urban planning could provide a viable framework for moving forward.

Such efforts will take courage. They may require limited exemptions from local, state, and even federal regulations in order to test new models and ideas. Business and labor interests may need to agree to forgo legal challenges to proposed parameters during the design and pilot processes. The arrogant, both entrenched and recently emboldened, would need to exhibit humility and curiosity. Everyone would have to accept hard evidence as the ultimate arbiter of success or failure. Pollyana-ish? Perhaps. But the changes exemplified by the sharing economy are coming fast — followed quickly by the unintended consequences. Would we rather test our collective limits with a provocative attempt at reimagining the playing field and setting reasonable guidelines for competition — or by waging all-out war over the old one?

Nothingness at the top of the heap
Abraham Cahan’s underrated classic, The Rise of David Levinsky, offers a portrait of success and solitude in the dog-eat-dog world of the garment trade.
by Daniel Akst 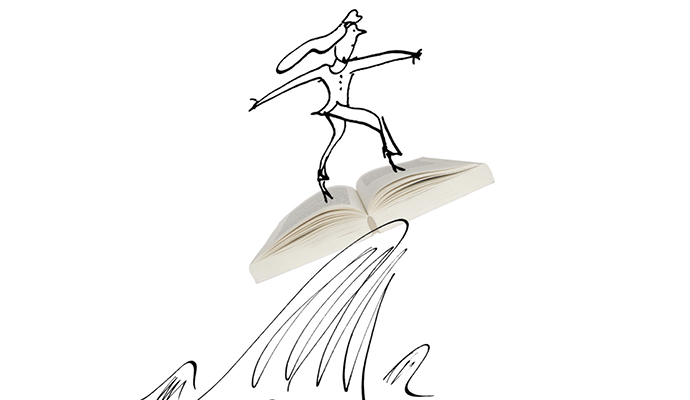 Best Business Books 2021: An unstoppable force
The best business history of 2021 tells the remarkable tale of a Holocaust survivor who built a fortune in the postwar United States.
by Bethany McLean
Digital issue