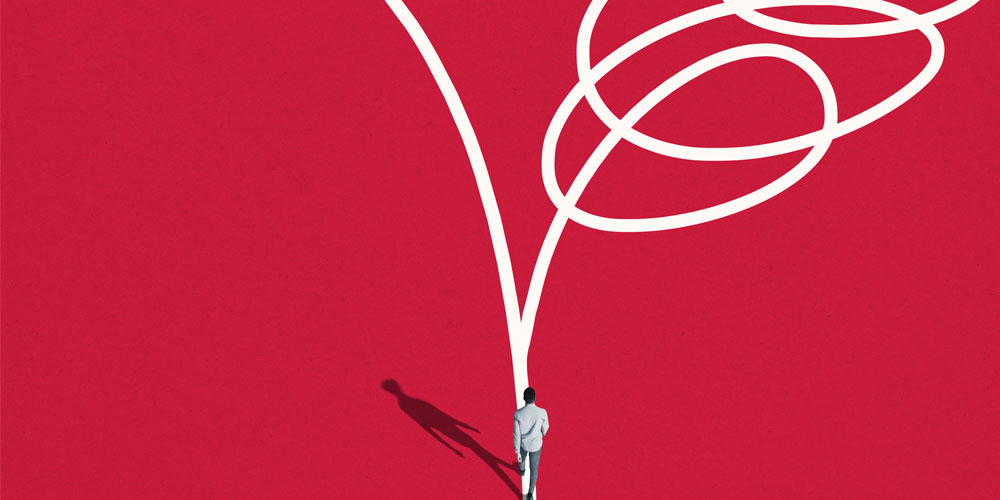 Are markets efficient by nature, capable of solving problems on their own? Or are markets remarkably inefficient, prone to irrationality and breakdown?

The answer is yes, and yes.

So much of business and economic analysis depends on the idea that companies and the individuals that make them up are rational actors who make decisions in their own self-interest, and that the market tends to sort things out. That’s certainly true over the long term. But, of course, in the short-term, it’s another story. Markets are populated and influenced by people, who are, after all, human. Or, as Lawrence Summers, the venerable economist and former president of Harvard, less delicately put it in an unpublished paper: “There are idiots. Look around.”

Studying business and economic history, you can’t help but appreciate the power of competition, innovation, and exchange to develop new markets, bring new technologies to scale, and solve problems. But history—our present era included—is riddled with booms, bubbles, and busts. It’s obvious that companies, governments, and private actors don’t always allocate precisely the right amount of resources to every sector at precisely the right time. The stock market offers a daily lesson in this truism.

An article published earlier this week by our PwC colleagues Emma Cox, Leo Johnson, and Denise Chan, titled “A rising tide of green capital,” offers some great insight into these imbalances. Derived from the comprehensive PwC report The State of Climate Tech 2021, the article points to a rise in the volume of cash flowing into startups that are aiming to develop solutions to the challenges of climate change. Not surprisingly, some sectors—specifically autos and mobility—get the lion’s share of that cash (58% of the total funding in the past year), while others, like the built environment, and food and agriculture, get comparatively less. That’s natural, to a degree. Automobiles are the largest manufacturing and retailing sectors in the world, and there’s a great deal of consumer and investor enthusiasm surrounding the mobility transition.

But mobility accounts for only a relatively small portion of global emissions. Indeed, the PwC report, which analyzed 15 separate areas of technology, found that the five sectors that represent over 80% of potential reductions in future emissions attracted only about one quarter of climate tech investment between 2013 and the first half of 2021.

Things don’t always flow naturally, left to their own devices. That’s why, as PwC Global Chairman Robert Moritz and Colm Kelly, PwC’s Global Leader for Corporate Sustainability, argue in their recent article “Progress and peril on the road to net zero,” innovation is simply one of four elements that go into creating the flywheel effect for progress. We need to make markets, construct policies and regulation, and muster the political will to bring about change. This suggests a powerful role for actors and stakeholders beyond venture capitalists, scientists, and entrepreneurs. Governments, regulatory bodies, and industry groups can work together to construct an environment that encourages investment and channels it in positive ways. (The economist and author Mariana Mazzucato explored this concept from a different angle in a 2019 interview conducted by s+b senior editor Deborah Unger.)

The role that large companies can play in forging new markets is often overlooked. Or, as I like to put it, procurement can often be as important as policy. When large companies decide, for example, that they want their operations to be powered by renewable energy, they can conjure giant wind and solar farms into existence. In the US, consumer uptake of electric vehicles has been rather slow. But the huge delivery, e-commerce, and logistics companies have been making exclusive deals directly with large EV manufacturers to produce emissions-free vans and trucks in large numbers.

Big companies have the resources, the balance sheets, and the buying power to create economies of scale in industries that are still in their infancy and not maximally efficient. And the expectation is that large companies throwing their weight around will spur fledgling industries to boost capacity, increase volume, and bring down prices—so that companies large and small can ultimately have access to these new products.

Reinforcing the idea that size matters, the just-released PwC Global CEO Survey reveals a gulf between very large companies and smaller ones when it comes to making public commitments surrounding climate change. The survey found that nearly two-thirds of the companies with revenues of US$25 billion or more have made net-zero commitments, while only 10 percent of companies with revenues of less than $100 million have done so.

On the one hand, that disparity is mystifying. In theory, large and small companies should be able to reap similar gains—in reputation, regulatory compliance, and operating leverage—from decarbonization. And with each passing month, more of the technologies, products, and services that enable climate progress are available to more companies. On the other hand, the net-zero mentality is still relatively new. And transforming any enterprise, big or small, in the face of change takes a substantial amount of human and financial resources. A shove from the market, for all its imperfections, doesn’t hurt either.