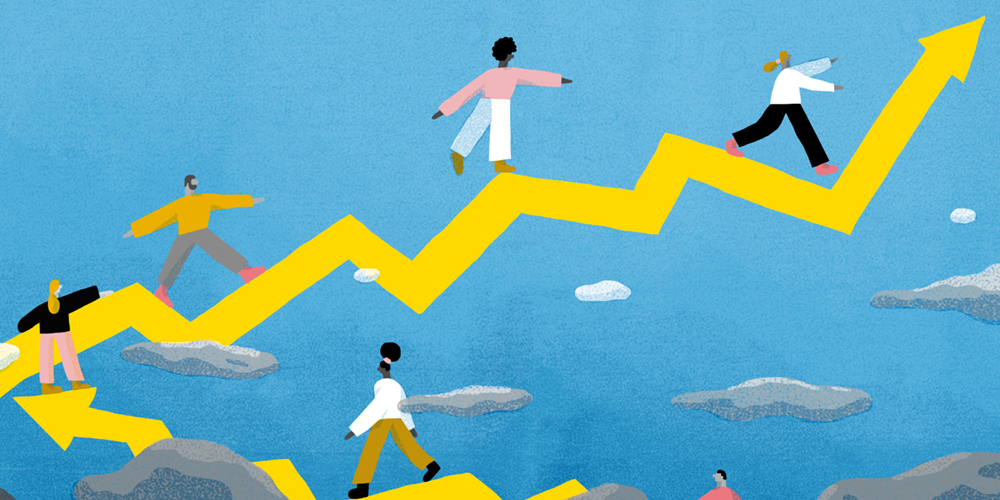 To address growing ESG expectations, businesses will need to change the way they operate across all dimensions: from making strategic choices to implementing the new direction to reporting progress and outcomes. To learn more about the opportunities for rethinking and reconfiguring, visit PwC’s ESG page.

A similar dynamic is unfolding today in climate tech. Fifteen years ago, solar power plants and electric cars were marginal players with poor business prospects. But years of successful innovation, iteration, and improvement coupled with a pervasive sense of urgency to deal with climate change have spurred an investment boom. PwC’s State of Climate Tech 2020 report found that in 2013, a mere US$418 million globally was invested by venture capital (VC) firms into companies offering decarbonization solutions. In 2019, that investment had risen to $16.3 billion—a stunning 3,750% increase.

In PwC’s State of Climate Tech 2021 report, the hockey stick curve shows no sign of flattening yet. From July 2020 to June 2021, $87.5 billion of VC investment funding was plowed into climate tech, the broad suite of businesses including renewable energy, electric vehicles, carbon removal, food waste, agriculture more broadly, and the decarbonization of the built environment. Climate tech now accounts for 14% of all VC investments. Megafunds have been ring-fenced for climate tech, including Brookfield’s $7 billion Global Transition Fund and TPG’s $5.4 billion Rise Climate fund. We counted 78 unicorns across eight climate tech challenge areas.

However, even though markets may be efficient in the long term, in the short term they can be quite inefficient. The funding is not flowing proportionally into the technologies that have the greatest potential to take the most carbon out of the air: solar power, wind power, food waste technology, green hydrogen production, and alternative foods/low greenhouse gas (GHG) proteins. These technologies represent more than 80% of the emissions reduction potential that is possible by 2050 but have received just 25% of climate tech investment in the past eight years.

Overall, the most mature climate-tech market reaped the lion’s share of investment (see chart). Mobility and transport—including electric cars, batteries, and components—received $58 billion in investment, more than two-thirds of the total. Given that Tesla is valued at close to $1 trillion and the largest incumbent automakers are bringing electric vehicles to markets, that’s not surprising. And, of course, transforming the vast mobility sector so that it produces fewer emissions is a vital imperative. But that sector represented only 16% of total carbon emissions; compare that with industry and manufacturing, which represented 29% of emissions and received just 9% of venture investment.

To be sure, funding—and lots of it—is needed across every sector if the world is to meet its aggressive decarbonization goals. But targeting funding to nascent technology areas can enable breakthrough innovations and trigger sectoral tipping points that will invite further investment and thus accelerate adoption. Such a development would help provide meaningful financial returns while contributing to greater sectoral decarbonization. To this end, VCs and businesses should rethink what it would take to invest in the areas that can reduce emissions the most. That analysis includes lengthening time horizons for returns, proactively creating markets through procurement strategies (mostly for corporate investors), and developing new kinds of public–private partnerships with governments to de-risk first movers in unproven technologies.

Take wind and solar, for example. Investment in these technologies closely resembles the 1990s-era push into broadband, which saw billions go into laying cables that carried data at remarkably high speeds across oceans but saw comparatively little invested in ways to bring data at those same speeds into people’s homes, offices, and devices—i.e., the last mile. The upshot was that the system remained inefficient, as data might speed from Hong Kong to the US, but slow to a crawl when a person tried to download an email. Comprehensive investments are necessary if the whole system is to function at an optimal level.

Likewise, today, in wind and solar, a great deal of capital is going into constructing and erecting the turbines and panels that produce energy—these elements have well-established, profitable business models, after all. That’s a necessary step, but it’s not sufficient. Not nearly enough is being invested in developing the infrastructure that can deliver zero-emissions electricity from where it is created to where it is used, or in storing it for use in the evening or on windless days. In the first half of 2021, half of all investment in energy went into renewable generation, 24% went into storage, and only 2% went into grid management.

Consider the built environment, a sector that is responsible for 20.7% of global GHG emissions. Both the number of deals and the amount of money going into this sector have dropped since 2018. The reason: coming up with solutions to reduce emissions in the construction and running of buildings is highly capital intensive. Reaping returns takes time. VCs can play a key role in supporting related startups to scale with their expertise and capital. In addition, creating market demand by committing to transitioning to certain materials will help drive innovation in hard-to-abate areas. For example, the Global Cement and Concrete Association has set out a guide for the industry to achieve net zero by 2050.

Food systems, which are responsible for 20% of global greenhouse gas emissions, are also underfunded, having received only 12% of climate-tech investment from 2013 to the first half of 2021. To be sure, there are hot areas where money is pouring in. Most of the investment has taken place in alternative foods/low-GHG proteins, a sector that grew 111% from July 2020 to June 2021. The rising consumer demand for these products has translated into greater levels of investor confidence. Agricultural biotech, genomics, and natural solutions; value chain GHG reduction; and vertical and urban farming each raised more than $1 billion in the past year. This trend is encouraging: it’s moving toward critical mass.

The story of green hydrogen could be a solid blueprint for the kind of investment signaling that starts attracting money at scale. Twelve countries and the EU, for example, recently published national hydrogen strategies, and a further 19 countries are drafting theirs. The UK government last summer announced that it hopes to attract around £4 billion (US$5.38 billion) of private-sector investment in low-carbon hydrogen energy production by 2030.

The built environment is responsible for 20.7% of global GHG emissions. Both the number of deals and the amount of money going into this sector have dropped since 2018.

On the corporate side, Shell, BP, and Mitsubishi Power have committed to green hydrogen projects as part of their net-zero strategies, and have started to ramp up their investment in hydrogen energy infrastructure. PwC estimates that global demand for green hydrogen could reach about 530 million metric tons by 2050, displacing roughly 10.4 billion barrels of oil equivalent (around 37% of pre-pandemic global oil production).

In the past eight years, green hydrogen production raised $1.4 billion, with most investment going to developing scalable, sustainable electrolyzer technology that could enable wide-scale adoption. Indeed, today, hydrogen can be stored; converted to synthetic fuels; or transported from the point of production via pipelines, trucks, or ships. At the point of use, however, additional infrastructure is required. VC investment in this part of the value chain is much lower than investment in production, largely because it requires such large amounts of capital.

The most promising use of green hydrogen to date is in industrial processes (involving steel, iron, and chemicals) and long-haul transportation (hydrogen fuel cell technology and the integration of hydrogen technologies into commercial transport). In 2021, the Swedish startup H2 Green Steel raised $105 million of Series A funding to decarbonize steel production. Investors included European investment firms such as Exor and FAM, Italian steel company Marcegaglia, and Swedish entrepreneur Cristina Stenbeck.

A wave of capital is starting to flow into climate-tech sectors. But as the development in the hydrogen economy shows, collaboration among government, companies, and investors is needed to create a powerful and self-sustaining ecosystem. When governments announce incentives, their intent to invest in a particular technology, or efforts to create new functional markets, companies follow suit with their own investment plans.

At COP26, governments agreed to ratchet up their emissions reduction commitments on an annual basis. That was positive news, and could help de-risk the enterprise of investing in low- and zero-carbon technologies, products, and services. But the crucial next step is for governments and businesses to work together to create incentives to invest in the technologies that will have the greatest impact on decarbonization, which will align investor capital with commercial and environmental impact. Doing so will close the carbon funding gap, boost investor confidence, and accelerate the investment cycle for the next generation of climate-tech innovations. That’s good for investors, business, and the planet. 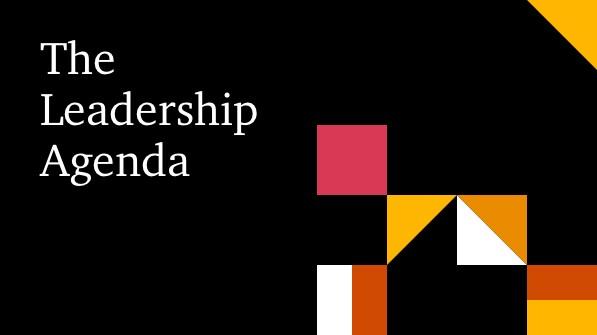