My company has a visionary leader who resists the notion of strategy. He believes it will box him in, and points to our years of success in building a profitable, growing business by focusing relentlessly on execution guided by a big-picture vision. But as we’ve become a larger company, our people feel whipsawed by priorities that seem to change daily, and there’s a growing call for some stability in the company’s strategic direction. Is there a practical solution to this?

The solution begins with striking the word strategy from your vocabulary, at least as long as your current leader is in charge. Many words come loaded with preconceived notions. For some (such as me), having a great strategy is the prerequisite to sustained execution excellence. But for others (such as your leader), the word connotes either a shelved PowerPoint presentation that will never be used or a straitjacket that stunts the company’s ability to maneuver. The odds that you’ll be able to change his perspective are very low. Instead, I would focus on the need for clarity about the choices that most affect your company’s ability to execute. 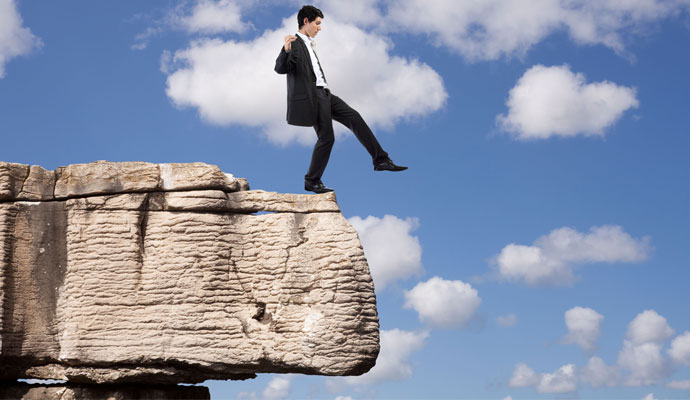 Great execution requires a smoothly running organization, which (as I’ve written before) requires that all employees and leaders know what they are supposed to be doing and why they are supposed to be doing it. This demands clarity about what the company is supposed to be doing, which is possible only when a company’s leaders are able to speak with one voice about the choices that guide a company’s execution: its target customer, the value proposition behind its products and services, and the market-leading capabilities it must have to be better than any other at delivering that value to its target customer. You don’t have to make the case to your leader that the company needs a strategy, just that sooner or later your company’s top leaders will need to make differentiating choices in these three areas, and these choices must be well understood throughout the organization.

But that alone will not be enough. You’ll also have to convince your leader that being deliberately decisive about a company’s essential choices does not have to come at the cost of its flexibility to respond to attractive opportunities. If anything, such decisiveness will usher in even better opportunities, because everyone will have a strong sense of what to look for — and because solid execution (based on clear choices) will always open up new options for the company.

Being deliberately decisive about a company’s essential choices does not have to come at the cost of its flexibility to respond to attractive opportunities.

One effective trick I’ve seen (with thanks to Mark Gillett at Silver Lake) for making this case is to distinguish between “stated” and “working” choices. Stated choices are fully communicated to employees, and provide a sense of stability in the company’s direction — which, again, is crucial to an organization’s effectiveness. A company’s leaders always have the prerogative to evolve its stated choices when a fundamental change in its situation merits doing so. But without a clear statement of the company’s current choices for its target customer, value proposition, and leading capabilities, people across the organization — from sales and marketing to product design, R&D, manufacturing, HR, legal, and so on — will rightly feel unclear about how they can best support the company’s execution.

Working choices are for leaders and their teams to deliberate privately before decisions are broadly communicated. These are open issues and opportunities whose resolution might change the company’s stated choices. By operating with this distinction, the company can provide clarity to the company’s organization and preserve its flexibility at the same time.

For earlier-stage companies, being clear and decisive about your essential choices is particularly difficult because you are still discovering what they should be. But the best way to discover them is to take a stab at them, learn in the real world what works and doesn’t work, and evolve accordingly. If you don’t, every opportunity will seem to be a good one, thus sending the company down different paths in response to whatever appears on the horizon. Perhaps worse, not being decisive — if only conditionally — will prevent you from knowing where you should be looking for the best opportunities. Having both stated and working choices enables such companies to explore and execute at the same time.

For more established companies, the challenge is different. They risk having their choices become stuck in whatever they have been doing all along regardless of how customers, competitors, technology, or regulation evolves. This is both the effect and cause of a kind of corporate myopia wherein opportunities and imperatives to innovate are missed, and a form of corporate drift in which the company’s essential strategy choices passively evolve without forethought and deliberation. The myopia makes a company fall behind in an ever-changing world, and the drift produces a lack of clarity in the organization. Together, they inevitably make execution an exercise of running harder to stay in the same place. But having a combination of stated and working choices solves this problem, because the former forces subconscious strategy to the surface, and the latter shines a light on those issues and opportunities that require strategic innovation.

Your leader resists strategy because he fears he’ll lose the flexibility to change his mind, and the company’s direction, if warranted by new developments. Your solution is to argue for clarity about the most important choices that will guide the company’s priorities, lower-level decisions, and actions — and for clarity on the issues and opportunities that he and his team should be working on in order to keep pace with an always-changing world. With this understanding, the company is both anticipating and responding to how its direction should evolve in a deliberate way. That’s how you get the benefits of having both a decisive and flexible strategy without having to utter the word to someone who cannot stomach it.