When the home carbonation machine, which adds bubbles to still water, was invented by the Gilbey’s gin distillery in 1903, it enjoyed popularity in some markets, particularly in the United Kingdom. But after a while it could not compete with commercially bottled soda; the product languished for years. The SodaStream, as it was eventually named, was bought and sold among consumer products companies, without much success. All that changed in 2007, when the Israel-based company SodaClub acquired SodaStream (later taking the SodaStream name for the new merged entity). The machines suddenly found a market. Today SodaStream is sold in 45 countries, including the United States. In Sweden, a quarter of all households own one.

What did this new SodaStream company get right, when so many other consumer products companies had failed? For one thing, it invested in an exceptional form of business innovation and product development. Working with designers such as Yves Béhar and Karim Rashid, SodaStream produced appliances that were stylish and appealing (including limited editions)—items that would not be hidden in a dusty cupboard like so many kitchen devices, but proudly displayed as an addition to a home’s decor. SodaStream machines offer a user experience that is fun for both adults and children. A recent (unaired) television ad tapped into this idea with the whimsical slogan, “Set the bubbles free.”

But SodaStream’s business innovation did not stop there. The company made its products available in national retail outlets like Walmart and Bed, Bath & Beyond, and offered tiered pricing, from US$80 to $200, to appeal to a range of consumers. It opened distribution to third-party flavor developers (particularly those with major brands, like Country Time and Kool-Aid) so it offers a broad range of flavors (pink grapefruit, apple mango, specialized energy drinks). Recently, SodaStream has partnered with Samsung to create a refrigerator (for $3,900) with a built-in sparkling water dispenser. SodaStream emphasizes how its machines allow consumers to use fewer plastic and glass containers, crafting an image that is environmentally friendly and sustainable.

Individually none of SodaStream’s tactics were impossible to copy, but in combination the relationships with nationwide retail outlets, forged over time, the company’s effective marketing decisions, and the machines’ sleek designs, proved difficult for competitors to match. In short, by honing a carefully calibrated strategy around distinctiveness, tailored to its unique offering, SodaStream enabled its new acquisition to gain an unbeatable foothold in the market.

The value of a unique advantage has been apparent to us since the mid-2000s. In 2008, we wrote about the need for firms to invest in a particular type of innovation. Instead of brand extensions that attract consumers momentarily, but are soon overtaken by competitors, they need to invest in game-changing products that have a distinctive edge through their technological difference (even if that just involves packaging), through their innate characteristics or through the experience they give customers.

The market today is even trickier than it was five years ago. Not only is there greater competition from established players and from new firms starting up, but consumer habits are changing and millennials are less loyal to brands than their predecessors, seeking greater personalization in what they buy. Meanwhile, more products are being launched every year, with each producing lower and lower return on investment. In 2012, almost 70,000 new food, beverage, and household products were launched (up from just over 25,000 in 2003), as well as hundreds of thousands of variations on those new products. As a result of these changes, companies must work even harder to understand consumers’ needs—especially the needs that are embryonic and undefined.

It’s important that companies stand behind a product with capabilities that can support it and keep competitors at bay. We call this coherence, that is, alignment between the company’s strategy, the capabilities that deliver that strategy, and the full lineup of products and services. When a company is coherent, it can put all its resources—not just its money, but also its time, attention, and creativity—behind the products it launches. It is coherence that has enabled companies such as SodaStream to succeed.

In other words, it’s no longer enough to have a unique advantage in the product itself. Without a differentiated capability system, the most innovative and creative products may not have commercial success. For instance, when Pfizer developed Listerine Pocketpaks, it invented something that was entirely new with unique product attributes. Dissolving in the mouth, the strips turned out to have many applications and could be used in dispensing vitamins to children or pets. But Wrigley’s, with greater front-of-store distribution capabilities and a better capability for the rapid development of new flavors,  came in as a strong competitor to Pfizer. So did other companies. In the end, Pfizer gained little benefit from being first to the market.

In a recent research project, we went back seven years to identify the top innovations of that year. For each, we scored the product launch against two criteria:

• Did the product have unique attributes?
• Did the company have differentiated innovation capabilities? In other words, was its R&D process well equipped to support this product?

We then examined the product’s position two years on to determine the product’s sustained success. The most successful companies had correctly identified a need for a differentiated capability system and had intentionally built capabilities that were suited to their products. (We expect to publish the full findings of our study in an upcoming strategy+business article.)

Dyson, the vacuum and fan manufacturer, is a salient example of how to marry unique product attributes with a differentiated capability system. Ever since James Dyson, the company’s founder and inventor, released his first commercially available vacuum cleaner in 1993, the company has kept its focus on creating products with unique attributes. The Dyson bagless vacuum cleaner was revolutionary, with a centrifugal force that drew dust into a clear canister and allowed for maximum suction. Although Dyson vacuums are 20 to 30 percent costlier than traditional models, their sleek style (developed through collaborations with institutions such as the Rhode Island School of Design) and efficiency make them highly distinctive, broadly appealing, and pragmatic. The company has done such a good job of marketing these attributes that it has achieved brand synonymy, the word Dyson alone now evoking vacuum cleaners in many people’s minds.

Beyond this, however, Dyson established a rigorous capabilities-driven system to support these product attributes. James Dyson is fanatical about product ideation and development, famously working on 5,125 prototypes before launching the first vacuum model (which is patented). This rigorous process made the product incredibly hard to copy. He has set up a foundation to cultivate a culture of innovation that aims to nurture creativity in young people and encourages them to become engineers. This philanthropic position reflects the company’s commercial principles and at the same time burnishes its image. Dyson has remained involved with the firm and has fostered this culture.

In a future blog post, we will lay out a four-step approach for introducing new products with unique product attributes, supported by a differentiated capabilities-driven system. For now, it’s worth taking a look at your own lineup of products and services. Are they truly distinctive—are they difficult or impossible for other companies to copy? And do they benefit from coherence? Are all the most important capabilities of your company aligned in support of them?

When the answer to those questions is yes, the potential of a product grows exponentially.

Could anything have gotten better for SodaStream? Well, in 2010 when it went public, its stock rose 18 percent in the first year. In 2012, SodaStream had $436 million in sales, up 51 percent on the previous year, and more than four times its annual sales when SodaClub acquired it in 2008. And right now, there are rumors that PepsiCo is in negotiations to buy SodaStream for more than $1 billion. For a small machine known primarily for making ephemeral, effervescent bubbles, that’s not bad. 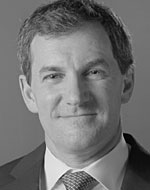 Alexander Kandybin is an advisor to executives in the consumer and healthcare industries for Strategy&, PwC’s strategy consulting business. A principal with PwC US based in New York, he specializes in developing innovation capabilities that create lasting competitive advantage and drive growth for global businesses. He has also served as an adjunct professor at Columbia Business School. 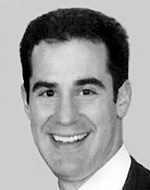 Adam Michaels is the head of North American integrated business planning at Mondelez International, based in East Hanover, N.J. Previously, he was a principal at Booz & Company.