In recent years, activist investors like Carl Icahn and Jana Partners have developed a well-tuned methodology for targeting publicly held companies they believe are underperforming. They buy a significant stock position, agitate for board seats, and attempt to force strategic and structural changes aimed at increasing shareholder value. Activists focus on companies that are cash-rich but whose stock prices lag the market average, have portfolios of businesses in which underperforming units might be worth more to other owners, and are in industries that are ripe for consolidation.

Because most companies in the aerospace and defense (A&D) sector meet these criteria, several defense contractors have become prime targets for activist campaigns, including L-3 Communications, ITT, URS, and AeroVironment. No public company is too big and no sector too complex to be targeted. Consider that Icahn Enterprises in 2014 launched an activist campaign against Apple — the largest U.S. company by market capitalization — and ultimately convinced management to change its cash management strategy. At about US$750 billion, Apple’s market capitalization is bigger than that of the top 20 A&D companies combined. The ways that A&D companies became vulnerable to activists, and the choice they face now — either to proactively change strategies or to have new ones imposed on them by outsiders — provides valuable lessons.

In recent years, activists’ purchases of A&D shares have been growing at rates as high as 300 percent per year — more than double the growth rate of activists’ purchases of shares of companies in the S&P 500 (see exhibit). Interest in A&D firms has increased sharply since 2011, when contractors’ revenue from U.S. defense spending was nearing its peak and A&D share prices lagged the S&P by about 25 percent.

During the big defense build-up of the 2000s, A&D companies were quite profitable, and growth was strong. But defense is a cyclical market and the downward turn was inevitable. The significant reduction of military operations in Afghanistan and Iraq decreased spending. The trend was accelerated by mandatory cuts imposed by the U.S. Budget Control Act of 2011, under which Congress threatened to automatically slash spending as part of the “sequester” if spending caps were exceeded, and by policy initiatives such as Better Buying Power 3.0, a set of Pentagon best practices aimed at increasing affordability, efficiency, and innovation from more competitive business models.

In theory, these trends should have had an adverse effect on the stock market performance of A&D companies. But as the exhibit shows, A&D companies’ stocks have continued to rise, roughly in line with the S&P 500. This can be explained in large measure by a tactical — but short-sighted — success. The A&D sector’s strong cash inflows, which doubled between 2004 and 2014, have allowed corporate leaders to channel funds into a steady stream of dividend increases and share buybacks, both of which have helped keep stock prices elevated. However, cash management is not a long-term corporate strategy. Defense companies that focus on boosting short-term shareholder returns risk losing objectivity about the market value of their underlying businesses. They may fail to make the kinds of aggressive portfolio decisions needed to continue to grow and remain independent in the future. They may also fail to boost innovation at a time when the Defense Department is becoming more dependent on the broader commercial sector for technology solutions.

As a result of supporting U.S. military and counterinsurgency operations in the last decade, many A&D companies added multiple “one-off” business lines and bespoke business models to their portfolios that either were not coherent with current capabilities or that failed to provide new capabilities that could be further leveraged for growth. For example, SAIC aggressively pursued low-cost radio repair services. And Sotera Defense Solutions, which had positioned itself as a company focused on intelligence, surveillance, and reconnaissance, developed businesses that sold shelter and water purification solutions. In any sector experiencing sustained growth, company portfolios can lose coherence as firms expand into new businesses that lack a tight connection to their core capabilities system. Investors, however, tend to reward coherence rather than diversification, particularly in a market that is not growing.

Activist investors may have initially targeted the A&D companies because of the combination of large cash positions and index-lagging stock prices. But the incoherence of business portfolios provides activists with the most powerful opportunity to realize value. They take a position in a company, seek board positions to change company priorities, and unlock shareholder value and rationalize business portfolios by forcing divestitures, restructurings, and, in some cases, sales of the companies to other investors. The activist campaign against URS — a $10 billion company with a 100-year lineage and a complex mix of businesses in construction, nuclear controls, IT services, and flight training — is a recent example. Within the space of a few months in 2014, Jana Partners amassed a 9.7 percent stake, won four board seats, and forced the sale of the company to AECOM. Other examples include Relational Investors’ successful campaigns to force restructurings and divestitures at ITT Corporation, L-3 Communications, and Esterline Technologies.

The incoherence of business portfolios provides activists with the most powerful opportunity to realize value.

But companies shouldn’t be content to adopt a passive posture. It turns out that the best defense against activist investors for A&D companies — and other companies that may be similarly vulnerable to such campaigns — is a good offense. And a good offense starts with a strategy based on capabilities. Company leaders need to ask themselves whether they have the “right to win” in their current markets. It’s vital to be honest with the answer, because answering “yes” means managers are confident they have a clear strategy to significantly increase shareholder value in the short to medium term that will position the business above its peer group. Sustaining those types of returns is feasible only when a company relies on distinctive capabilities that competitors can’t match, with products and services that fit within that capabilities system.

A candid assessment of the company’s right to win will enable leaders to assess the fair value of each business, determine whether each business belongs in the company’s portfolio or would perform better within another entity, and then to optimize the overall portfolio’s value, through organic investment, acquisitions, or divestitures. Companies that pursue this kind of coherent portfolio strategy — like Disney, General Electric, Pfizer, or Raytheon — tend to achieve a “coherence premium” in the market.

By basing portfolio decisions on how well different businesses fit with a company’s capabilities system — a task where management has the advantage — leaders can proactively rationalize and optimize their business portfolios. Doing so, they will act as stewards of shareholder value, while co-opting the typical strategies that activists employ. They will both position their companies for growth and deprive activists of a key avenue of attack.

Finally, management should have a transparent and carefully planned shareholder engagement and communications strategy. Open messaging and a clearly articulated story will help secure the support of investors, an important bulwark should an activist attempt to gain board seats.

Companies that pursue this kind of clear, capabilities-based strategy are most likely to outperform their competitors in rapidly evolving industries such as A&D. They will be the least likely to find themselves the targets of activist campaigns. And should they come under attack, they will know they possess a strong defensive shield. 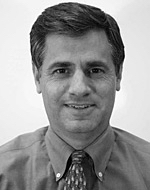 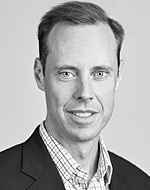 Hunter Hohlt is a specialist in growth strategies for Strategy&. He is a director with PwC US, based in Washington, DC, and is part of the aerospace and defense practice.