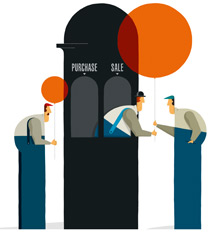 For many years, managers of public companies have looked to the deal-making titans of the private equity (PE) sector for lessons in how to improve their success rates in making mergers and acquisitions. But today, nearly 6,000 PE firms with more than US$1.2 trillion of “dry powder” to invest (a 200 percent increase over the last 10 years) are scouring the landscape for deals. This competition, which is pushing up prices, could make it more difficult for PE players to realize attractive returns — especially if the long-running bull market slows down.

We believe that in this hypercompetitive market, PE firms can take a page from the playbook of public companies that have enjoyed standout success in M&A. We have found that the most successful corporate acquirers — companies such as Abbott Laboratories, Danaher, and Disney — have mastered what we call a capabilities-driven approach to inorganic growth. That is to say, they understand the differentiated capabilities system of their businesses, the key strengths that combine processes, tools, knowledge, skills, and organization in a way competitors can’t match. This understanding gives their deals both higher success rates and market-beating financial returns. After analyzing 540 deals in nine industries that were announced between 2001 and 2012, we found that the premium for capabilities-driven deals, in fact, adds an average of 14 percentage points to two-year shareholder returns compared with those of public company deals based on other rationales.

This capabilities approach can work just as effectively for PE firms, both before and after deals are completed. They can use this set of principles while searching for and screening acquisition targets, and in driving performance at portfolio companies after the deals are done.

Private equity firms create value in four essential ways: by making top-line and bottom-line operational improvements; by investing in businesses in industries where growth is soaring; by consolidating and rolling up assets and unlocking synergies; and by financial restructuring. In each of these approaches, using a capabilities lens can magnify and accelerate value creation.

Operational improvements. PE firms frequently create value by taking out costs through targeted programs, focusing on workforce realignment, procurement, sourcing, and other areas. A capabilities-driven approach can enhance value by revealing which capabilities are affected by cost programs, and by taking pains to ensure that core strengths are not diluted. Understanding capabilities can help ensure that only the fat, not the muscle, gets cut. At the same time, companies can build on distinctive capabilities to accelerate top-line growth in areas such as improving R&D and innovation and sales-force effectiveness.

The Blackstone Group’s 2007 $26 billion leveraged buyout of the Hilton hotel chain illustrates the potential. The deal got off to a rocky start, as it closed in October 2007, just before the onset of the credit crisis and real estate collapse. World markets imploded, vaporizing 70 percent of Blackstone’s investment by late 2009. Blackstone convinced creditors to refinance in order to buy time, and set about cutting costs. But at the same time, it invested in Hilton’s core capabilities. Hilton leveraged its capabilities in advanced franchise management; centralized, single-solution IT platforms; best-in-class hotel training; and strong brand identity to shift to a more lucrative franchise model, go upmarket, and expand overseas. In doing so, it created a standardized premium experience for guests across all Hilton properties.

The story that had begun so badly ended remarkably well. Blackstone took Hilton public in December 2013, realizing a paper profit that reached more than $10 billion a few months later as the stock rose. Hilton was the biggest-ever hotel IPO, and produced one of the biggest payoffs in private equity history. It was hailed by Bloomberg Businessweek as “The Best Leveraged Buyout Ever.”

Hilton was the biggest hotel IPO, and produced one of the biggest payoffs in private equity history.

Market-driven growth. PE firms create value by investing in businesses that are riding industry growth waves, or investing in situations where market disruptions are creating growth opportunities. In such scenarios, there is the potential for all assets to be lifted by a rising tide. But those that are focused on strengthening their capabilities systems will create more value than others. The capabilities approach helps to drive greater performance by identifying and focusing on these assets.

In August 2008, just as the debate about U.S. healthcare reform was about to intensify, Apax Partners took TriZetto Group — a provider of integrated healthcare management software — private in a $1.4 billion deal. At the time, Apax said that the confluence of healthcare and information technology was a key area for strategic growth, and TriZetto’s technology touched nearly half the insured population in the United States. Apax’s other portfolio companies included several healthcare technology providers, as well as hospital and pharmaceutical companies. In partnership with two companies that also held stakes in TriZetto — BlueCross BlueShield of Tennessee and Cambia Health Solutions — Apax leveraged TriZetto’s capabilities in designing mission-critical solutions for healthcare payors and providers that helped its clients increase administrative efficiency, reduce cost structure, and improve quality of care. These efforts set TriZetto apart from other healthcare management software companies and enabled the company to drive three major strategic initiatives: broadening the product offering, diversifying customer breadth, and creating a new unit focused on healthcare providers. In September 2014, Apax sold TriZetto to Cognizant Technology Solutions Corporation for $2.7 billion.

Consolidation and rollup. PE firms create value by rolling up related assets to gain scale, creating synergies, and building market share to enable improved pricing. The capabilities-driven approach creates value by focusing on the distinctive capabilities of the core business and leveraging them across a larger base.

In 2007, Apollo Global Management made a series of investments in the cruise business, buying Oceania Cruises and Regent Seven Seas Cruises (which it combined into a new entity called Prestige Cruises), and a 50 percent stake in Norwegian Cruise Line (NCL). Apollo focused on each of the three companies’ capabilities in capturing direct customer insights, which allowed the cruise lines to provide differentiated onboard experiences. An example was a focus on the “upper premium” and luxury segments of the cruise business. To address industry pain points such as traditional dining options with fixed seating times, it offered a “freestyle” approach that allowed guests to choose among ships’ restaurants and dining times. The rollup also realized inherent savings in crewing, berthing, and construction costs for the combined company. In 2013, Apollo exited NCL with an IPO. It then made multiple secondary offerings, and in September 2014 sold Prestige Cruises to NCL.

Apollo showed how capabilities-driven M&A can be utilized in a broad range of deals with its approach to LyondellBasell, a major plastics, chemicals, and refining company that had been created as a result of a 2007 merger. Apollo acquired secured debt in the company in 2008, as it was reeling from the financial crisis. The company would ultimately file for Chapter 11 bankruptcy protection in January 2009.

Apollo, which had expertise both in the chemicals industry and in the management of distressed companies, determined that LyondellBasell’s core assets would perform well under more favorable economic conditions if the company’s distinctive capabilities system could be leveraged to its full potential by terminating unfavorable contracts. While the company was in bankruptcy, Apollo moved to liberate LyondellBasell from several contracts, sold unprofitable assets not tied to the capabilities system, and reduced debt. When the company emerged from bankruptcy protection, in April 2010, it was well positioned to benefit from the U.S. boom in unconventional natural gas supplies, which significantly reduced its raw materials costs and improved profitability. Apollo exited in 2013 with a profit of nearly $10 billion, the record for a PE investment at the time.

Given the record levels of cash available for investment in the PE sector, and the fact that many firms are bidding for the same deals, it is likely that prices will continue to rise. In order to succeed in the long run, PE firms will have to figure out how to create the most value from their acquisitions — regardless of the price they pay. The capabilities-driven approach that the best public companies have utilized to boost their M&A returns provides a well-developed methodology for achieving that goal. 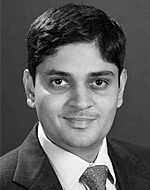 Akshat Dubey is a leader in the Cleveland office of Strategy&, PwC’s strategy consulting practice. He specializes in mergers and restructuring in the consumer, retail, and industrial sectors. 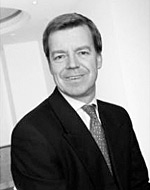 Alastair Rimmer is a partner and leads PwC’s Deal Strategy practice globally and in the U.S. He works with multinational corporations, private equity firms, and other financial institutions on growth strategy and M&A. He is based in New York.