Do you remember the last time you received an email from a senior leader touting some new transformative technology you’d soon be expected to use? It was going to revolutionize the way you work, change your company’s culture, and inject digital acumen into the organization.

How did that turn out? Most employees probably followed along for a while, then looked around and saw that the heads of their divisions and other executives were going about things the same way they always had. So much for that new culture. In fact, at least 70 percent of transformation efforts will fail to achieve the desired results in 2018, according to IDC, and a mere 3 percent of CEOs worldwide said that they have successfully completed enterprise-wide digital transformations in a survey by SAP and Oxford Economics.

There’s a good reason for this dismal track record — it just might not be what leaders are paying the most attention to. For starters, many executives are focused merely on introducing a single technology, thinking it will be transformative with or without a change in how people work. But no single technology brings cultural change; it’s just a tool. More important, senior leaders are hyper-focused on the skills and competencies of mid- and lower-level employees, fretting about their workforce not being prepared to take on the digital future. 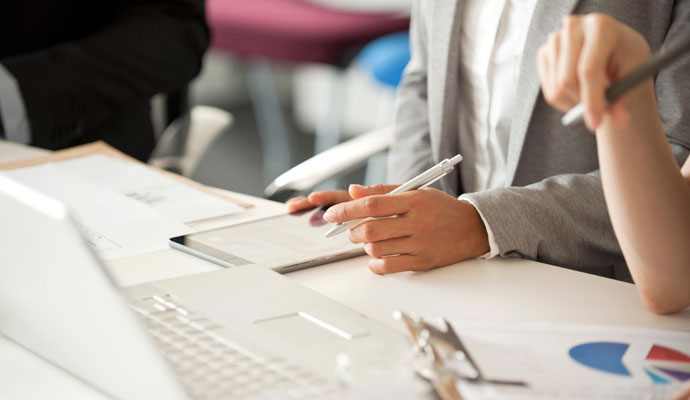 Such skills are necessary for employees across an organization, but how many CEOs have also examined the abilities of their own executive teams? When they do, they might not like what they see: PwC’s 21st CEO survey found that 70 percent of CEOs say they’re worried about the digital skills of their senior leadership team. And the 30 percent who aren’t worried shouldn’t assume that those skills are where they need to be.

Worse, many CEOs aren’t doing anything meaningful to improve their own skills, perhaps because they haven’t fully grasped what it means to be a digital company. For instance, 55 percent of CEOs say they’re customizing the software they use as a way to hone their digital skills. That’s admirable, but not nearly enough to lead a company into the digital future. And just 23 percent say they are interacting regularly with artificial intelligence-powered tools. Perhaps they never ask questions of Siri, don’t own an Amazon Echo, or never interact with chatbots. Or could it be they don’t fully understand what AI is and what it could mean for their business?

How many CEOs have examined the digital abilities of their own executive teams? When they do, they might not like what they see.

It’s hard to move a ship if the captain and the main crew aren’t steering in the direction they’ve asked everyone else to go. For most traditional organizations, change has to start at the top. Otherwise, you will find that your senior leaders don’t have the skills needed to be exemplars of the new way of working required in a digital company. And if that’s the case, it’s likely any transformation is destined to fail or bring poor results.

The time to act is now; the need for key skills to lead in the digital future will only be more intense in the years to come. For most leaders in traditional companies, expertise in a particular area and an ability to guide decisions through old-school “the boss decides” management tactics are what got them to the top. But that won’t work in an agile, digitally focused approach.

Reconciling the traditional with what it takes to manage a truly digital organization is the first step. To turn the tide, senior leaders have to admit to the company as a whole what they, too, have a lot to learn. Once that’s out in the open, CEOs and senior executives need to upskill themselves, and be public with their workforce about that effort. Yes, upskilling is a buzzword — but not without reason. The idea dominates today’s employment conversations, became a centerpiece of the World Economic Forum in January 2018, and is a staple in tomorrow’s jobs narrative.

To understand what type of training is needed, leadership — the CEO and those around the CEO — needs to determine the skills required to lead a digital company. Where does the senior team stack up to these? Does every leader, from product development to HR to finance and marketing, have a basic knowledge of how to work with and contextualize data? Do they know what’s going on in other parts of the company? Are they aware of the uses of the latest emerging technologies in their industry? Do they know enough to speak intelligently, and apply the concepts to the company? Are they solving problems together or just in their own departments? Are they applying design thinking when solving problems?

The answers to these questions — many of which are likely to fall short of where a company will want to be — will give a clearer sense of the skill gaps at the highest ranks. Most of these needs represent a change in thinking and working, and they’re universal, across industries. Leaders might not need the technical level of skills that some on the front line will, but everyone should have a base level of knowledge about the technological onslaught that will change their industry and company. And executives will need to embrace some new ways to manage teams, modeling something closer to a startup mentality of management than the traditional hierarchical methods that have succeeded before.

This means changing mind-sets and behaviors to incorporate more social ways of idea generation so that the best ideas bubble up and aren’t constrained by hierarchy or silos. Executives need to model new rituals and habits, such as bringing together people on other teams and divisions to solve problems, rather than leaving them to one department. They’ll need to practice speedier decision making, being more agile in order to come to conclusions in days or weeks, not the traditional months (or longer).

As leaders grow their own digital acumen, they will gain a level of credibility — and as important, perhaps, a level of empathy — that will allow them to bring change and continuous learning across the rest of the workforce. Only then will traditional companies stop playing catch-up in an environment where change is the only constant and going all in on digital is the route to survival. 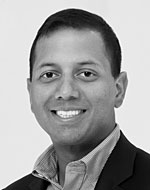 Tom Puthiyamadam is the U.S. digital products and U.S. advisory consumer markets leader. A principal with PwC US, he is based in New York.