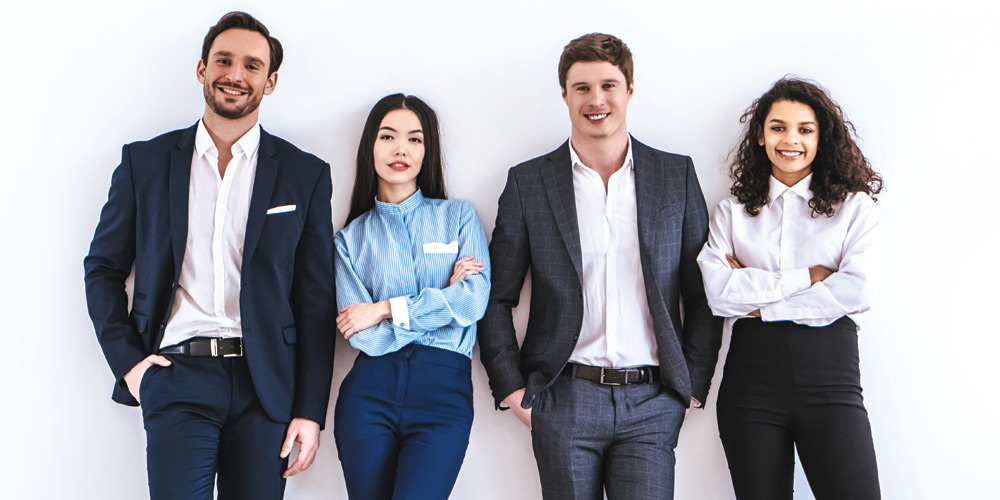 Years ago, I suffered a setback at work. It was the end of the year, when big budget changes always brought upheavals. The organization was in tumult, constantly shifting leadership and direction in unpredictable and often nonsensical ways. After having had a banner year, I was informed that the bulk of my work was suddenly off the table. The resources weren’t there for it. I would be shifted to another role.

I was saddened and concerned, but I wasn’t alone. The dozen or so teams that I had worked with in my prior capacity didn’t want to see me go. But in this organization, fear ruled. Everyone lived in a constant state of being fired. Questioning managerial decisions was almost unheard of.

For whatever reason, I had no problem challenging the higher-ups. So I contested the decision, showing hard data to support my case. I eventually got the decision reversed and was allowed to resume my work.

But now there was another problem. Despite receiving the go-ahead from our bosses, none of the team leaders wanted to be the first to start working again. They were all afraid that whoever did would signal that they had disagreed with the bosses’ earlier decision. All except for one: The least experienced team leader, who had just been promoted on an interim basis.

In a sense, she had the most to lose, because her new role was an opportunity to show her skills and curry favor with management. She knew that. Still, she invited me to begin again immediately. That changed everything. Other teams saw the results and followed suit.

Why was she the one who showed this courage? Because in a different sense, she had less to lose. In a conversation with me, she noted that she was younger than the other team leaders and didn’t have children to feed. If she were fired, she said, she’d get a job elsewhere and be fine.

As someone who fights professionally for caregivers to be treated better in the workplace (and has written a book about it), I recognize that her reasoning, though sadly logical, highlights serious problems in both the economy and how some businesses are run. Seventy-eight percent of people live paycheck to paycheck, according to a CareerBuilder survey. And no one should fear for their job in a situation like this: Good bosses should welcome disagreement, not create fear of reprisal.

But there’s another big reason that this employee was the first to move forward. I had helped her over the years, from when she began as an entry-level hire. We had gotten to know each other. I had advocated for her to get more opportunities. She told me that she liked our working relationship, and so when the other team leaders hesitated, she valued it more than any risk associated with resuming our work.

Her decision summarized something I’ve seen as both as an employee and a consultant: Building strong relationships in all directions — with peers, higher-ups, and lower-level employees — is critical.

Building strong relationships in all directions — with peers, higher-ups, and lower-level employees — is critical.

Too often, people fail to build relationships with those who are lower on the career ladder. The strategy+business columnist Eric McNulty once lamented “executives who expect employees to be all in for the mission yet treat them as disposable units.” In the same article, McNulty also cited entrepreneur Modesta Lilian Mbughuni on the importance of aspiring leaders “seeing people,” as well as their ability to have genuine conversations and demonstrate respect.

Similarly, in the excerpt of his most recent book, also published on this site, Jon Katzenbach asked a business leader, “Have you ever really listened to your company’s people down in the lower levels of the hierarchy? Do you know what they care about, why they come to work in the morning?”

Almost all of us know what it’s like to be at the lower levels of a company and feel — or even literally be — ignored. I’ll never forget the time when the president of a large company I worked for leaned on my computer while I was sitting and trying to work. He was speaking to a group of fellow executives and didn’t even look down to acknowledge me. A study (pdf) from professors at the University of Michigan, George Washington University, and Yale University describes the “indignity” of being in this position as feeling “invisible.”

Years ago, in trying to make a habit of following the golden rule, I had laid the groundwork for a positive relationship with the new interim team leader. Now it was paying off professionally.

I had already noticed other, smaller ways that strong, positive relationships with entry-level and inexperienced colleagues could deliver benefits on a daily basis. For example, in show meetings during my time reporting at CNN, interns and some of the newest employees — often at the bottom rung of the corporate ladder — would come in with great ideas for segments they wanted me to do. Or they’d be among the first to express excitement for ideas I’d pitched, which helped get higher-level producers interested, which in turn got me green lights to go ahead with certain interviews and stories.

To be clear, the impetus to build good relationships at work isn’t, and shouldn’t be, transactional. It’s simply a matter of being human and building a respectful, positive environment.

Still, those relationships can make a big difference. Lower-level employees can turn into some of your most important and influential allies. And the time you take to authentically invest in them can pay off in unexpected ways.