Bottom Line: Economists often warn that an abundance of elders will be problematic for the economy. But new research shows that such a demographic shift could be a good thing.

An aging populace, we’ve been told by policymakers, economists, and the media, poses one of the most vexing global economic challenges, and the repercussions of dwindling work populations are often portrayed as an impending crisis. But according to the authors of a new study, who reviewed the most recent literature on the effects of aging on a range of economic issues, a reduced population growth rate should benefit people and the planet — provided we plan for it in the right way.

With modern healthcare and improvements in sanitation, people are living longer. Meanwhile, broader access to reliable birth control means many people are having fewer children. This is leading to a higher proportion of people in older age groups. 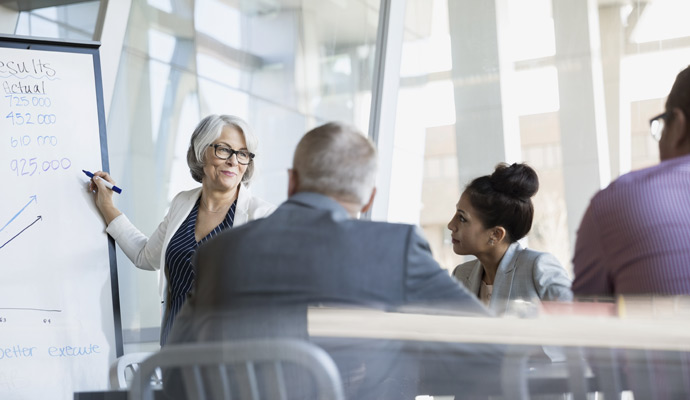 This demographic transition to smaller families with members who live longer is already a reality in many countries. The United Nations estimates that the number of people age 60 or older will double by 2050.

Many of the policymakers, analysts, and economists who focus on maximizing economic growth suggest it would be smart to implement incentives for people to have more children. In general, they’re concerned that an aging and declining population will trigger three main problems: a shortage of potential workers, too much spending on health services and end-of-life care for the elderly, and budget shortfalls in pension plans, leading to poverty.

But this study’s authors say the slowing and potential reversing of population growth has been recognized as a key component of fighting climate change, confronting food shortages and water-supply issues, and preventing the mass extinction of endangered species. Merely reducing our per capita consumption won’t cut it; as a recent warning from more than 15,000 scientists in 184 countries put it: “Continued rapid population growth [is] a primary driver behind many ecological and even societal threats.”

The authors address each of the three main problems that are expected to arise from an aging population.

The first issue, a dwindling workforce that won’t be able to keep up with demand, is the most common concern, the authors note, but it probably has the least basis in fact. That’s because economic forecasters typically assume that the proportion of people employed in a given age group will remain basically unchanged. But market theory argues that the labor pool is much more elastic than the naysayers believe, and workforce numbers across age groups can fluctuate because of employment opportunities or barriers to access. What’s more, people are retiring later in life, and semi-retirement is also gaining popularity.

A dwindling workforce that won’t be able to keep up with demand is the most common concern regarding aging populations, the authors note, but it probably has the least basis in fact.

In addition (pdf), many productivity gains are now driven by investments in technology and specialized workers; societies no longer rely on huge workforces to drive the economy. The growth of computerized or automated business tasks should offset worker shortages in developed nations with stagnating wages. Constricted labor markets tend to drive up wages and could thus reduce the threat of economic inequality, the authors posit.

Indeed, among the 36 nations comprising the Organisation for Economic Co-operation and Development (OECD), aging is not related to the proportion of the total population that’s employed, nor is it related to changes (pdf) in GDP per capita, the authors write.

“So while aging, shrinking societies might have fewer total workers than they would if they continued to grow, those workers could do better economically, socially, and environmentally than they would in a fast-growing country,” the authors write.

On the second major concern, the authors do acknowledge that spending on geriatric health services will likely go up as societies get older. But they suggest that many analysts fail to note the flip side of the issue: People have increased longevity because they’re healthier and focus more on preventive care than previous generations have. This shift toward preventive care should pay off in the long run, as healthier older people will be able to remain independent longer. They will also contribute more in paid work and caregiver roles beyond 65, the traditional cutoff in many studies for people in the workforce.

The authors point to treatments, diagnostic testing, and pricing models of drug companies as factors that have a much bigger impact on overall healthcare expense than eldercare.

The validity of the alarm surrounding the third identified concern, an expected shortfall in retirement funding, is perhaps the hardest to gauge, because different countries and companies implement disparate pension plans. Typically, however, countries try to slash expenditures on pensions by raising the entitlement age — although these planned or mandatory changes are sometimes argued to be economically unadvisable. Increased pension costs, however, can be offset by reduced population growth, which would call for less societal spending on education, unemployment benefits, and infrastructure.

History shows that shrinking labor pools also make potential workers in traditionally underemployed demographic groups — such as women, under-skilled young people, and older people — more attractive to companies. Additionally, the housing market in large cities has priced out many younger, older, and poorer people — which makes them less available to work for the companies based in those cities — but slowing population growth could ease this trend.

“In all of these and other ways, even if the economy is shrinking, per capita incomes and wealth can rise, along with many other determinants of wellbeing,” the authors write.