In the late summer of 1985, I totaled my father’s car. Driving in the twilight of an endless day of seeking out other friends for no purpose whatsoever, I passed a large illuminated sign at the entrance of a strip mall. “20 percent off all cassette tapes,” it might have read. Behind it, a car with a burly man who’d just purchased cigarettes waited to merge into traffic. BAM! He hit my gray Buick Century in mid-passenger panel and sent us spinning into one of a pair of matching brick pillars, which was thoroughly destroyed. No one was hurt. The cops ruled it completely the other driver’s fault. My father forgave me. And the remaining brick pillar still stands there beside the road as a memento of my teenage defects.

In the mid-winter of two decades later in the boardroom of a global institution, my career was nearly similarly totaled. Sitting next to my boss under the harsh glare of oil paintings of CEOs past, we awaited our chance to present a proposal that I’d been hired to create and, presumably, execute. Arrayed around the handball-court-sized walnut table were the heads of all of the businesses, including my boss twice removed, the head of our division.

Conspicuously absent was a key link in my chain, my boss’s boss. I watched the agenda roll inexorably toward my five-minute slot and focused on the door, hoping she would show. She did not.

I shakily began my presentation. A bullet point into slide one, I was questioned from across the table. “Why do you think this is going to work?” a division exec asked. I attempted to answer. “Then why did you use semicolons if you are aiming for such clarity?” What? He’s asking about my use of semicolons?

This division head and my (absent) boss’s boss had opposing views as to the value of the project I was hired for. He wasn’t gunning for me personally, but I happened to be the one there representing the initiative. My use of semicolons was a just a wedge for him to press on, a means to point out an apparent weakness in my logic. His message to the assembled executives was that if there was an obviously poorly thought-out item on page one, who was to say my plans weren’t riddled with errors?

He wasn’t gunning for me personally, but I happened to be the one there representing the initiative.

Several other executives joined the questioning, I struggled to respond, and three minutes into my slot, my boss’s boss’s boss turned to me and said, solidly, managerially, menacingly, with the force of someone who has thousands of employees under his purview, “Fix it.” And we were done. I went home and lay on the couch, shoes on, staring at the ceiling.

Neither of these two wrecks has recurred in my life. I’ve encountered plenty of drivers doing daft maneuvers. And attended many a meeting with executives out to get me (or someone or something I’m associated with). The situations may be similar, but I am changed. I have learned to expect bad drivers and to anticipate workplace battles.

I take precautions. I drive more defensively at dusk and dawn. I look for drivers who aren’t looking (or are texting!). And I avoid the pileup.

The workplace is more complex, but the same kind of attention to others and their possible motives pays off. I aim to know where everyone stands before going into the room. And when I’m there I’m much more adept at swerving to avoid confrontation. I go back to where there’s known agreement (call it the middle of the road) and steer the conversation so that contentious points are options to consider, rather than conclusions that must be followed.

In the long run, I built a strong relationship with the division exec who had questioned my punctuation. I’m proud of how I turned that around. But the lesson I learned is that you need to focus on preventing the crash in the first place. 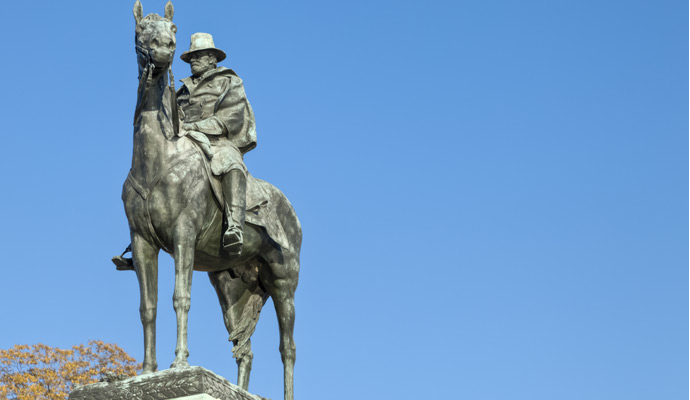 The general wisdom of Ulysses S. Grant
A serial failure up until the Civil War, Grant had a talent for leadership that secured the Union. His strategy and style still offer valuable lessons for today’s executives.
by Theodore Kinni
Digital issue