On Monday, LinkedIn agreed to be acquired by Microsoft for US$26.2 billion in cash — once again proving the old adage that who you know matters as much as what you know. (Oh, and congratulations to LinkedIn cofounder Reid Hoffman, an s+b contributor!)

That may seem a counterintuitive conclusion in our 21st-century knowledge economy, in which unlimited bandwidth, pervasive connectivity, and transparency should theoretically allow professional talent to meet professional talent acquirers without an intermediary. At some level, LinkedIn, which enables people to establish connections with friends, acquaintances, and complete strangers for the purpose of professional development, shouldn’t have to exist in the 2010s. 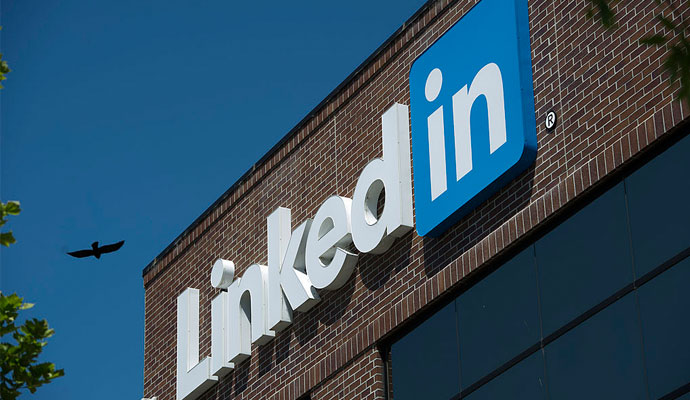 In the olden days, you know, like, before the Internet, it really was the case that the people you knew directly had a significant influence on your ability to make a living, or even to get into the workforce. People forget, but it was difficult to get noticed professionally in the 1980s and early 1990s. Professional circles tended to be small, geographically confined, and closed. If you were, for example, a reporter on a small regional newspaper, there was essentially no way for a big-shot editor at a major New York newspaper to see your work. Larger law firms in Chicago had virtually no method to keep tabs on crackerjack litigators in Wichita. And if you were a fantastic coder in Minneapolis, it wasn’t particularly easy to demonstrate your portfolio of work.

People forget, but it was difficult to get noticed professionally in the 1980s and early 1990s.

As a result, it was tough to break in to many spheres: politics, entertainment, media, law, investment banking. That is, unless you had connections. Unless you knew people. And if you wanted to become known to those in your industry, you had to step out of your shell and show up at events, cold call, write letters, or ask friends and family for introductions.

The Internet and social media changed all of that, of course. As media went online, brilliant bloggers could let their work do the talking for them — and get them discovered. Lawyers could easily create email lists to distribute news of the latest transaction or case they handled. Coders could effectively display their work on the functional websites they built. On a more level playing field, people could demonstrate their competencies, and companies could find the exact professional talent they needed. And emails took a lot of the awkwardness out of telephone calls.

That was the theory. In practice, however, generations of experience (and eons of evolution) have turned people into social creatures. We like to feel connections to individuals. Most people spend as much of their waking life in the workplace as they do at home. And we’re simply more comfortable giving an assignment, or an interview, to people whom we feel we know.

And that’s where LinkedIn came in. The site set itself up as a place where personal networking could be easy and painless — it took a lot of the awkward personal interaction out of the process. You could ping somebody, and if she didn’t want to be connected to you, no big deal. You could keep tabs on friends, former colleagues, and frenemies without having to pick up the phone. If you weren’t comfortable walking into a room full of 40 strangers and striking up conversations, you could reach out to a person who works in the same office as your best friend from college. LinkedIn would also alert you to people in your network who switched jobs, companies, or even careers. Which meant that your network expanded even if you just sat still. You could figure out whether you knew people at an innovative new startup, or whether someone you had once worked with and admired might be interested in an opening you were trying to fill.

Yes, LinkedIn is far from perfect. Many of the connection requests I receive from around the world are from people whose professional arcs and interests will never intersect with mine. Many of the pieces written by the company’s band of influencers (disclosure: I’m one) are full of bromides. As it has evolved from a hiring and professional networking company into a media and sharing company — like Facebook for work — LinkedIn has demanded more time and commitment from its users. And they haven’t always proven willing to engage.

Even so, the acquisition of LinkedIn by Microsoft caps off a remarkable run for its founders and executives. And the value of LinkedIn — to its shareholders, to Microsoft, and to its 433 million members — highlights the enduring strength of human, personal connections in an age of drones, robots, and algorithms.