It is perhaps no coincidence that Peter Drucker published his first book just a year before the baby boom began. The humanistic corporate values he pioneered are coextensive with boomer desires to put people before profits. He has been the prophet of knowledge workers, the occupational ledge upon which many boomers landed. And he has been a strong proponent of lifelong education, a philosophy close to the hearts of boomers with a strong commitment to personal growth.

But boomers may be disappointed to learn that his latest book reveals Mr. Drucker to be more of a post-Hegelian grand theorist than a post-modern New Ager. Indeed, at times in Managing in a Time of Great Change, a collection of essays published over the last five years or so, Mr. Drucker resembles Mao in his later years, mumbling once-revolutionary phrases that long ago turned into banalities.

That said, it is not hard to see why Mr. Drucker retains his appeal among business executives. He is a master at clearing away clutter and getting back to basics, and he anticipated most of the major trends in management years before they became popular. As he reminds readers, Mr. Drucker thought up the highly influential idea of concentrating on core competencies—he called it "strength analysis" in a 1964 book—long before the Harvard Business Review published the seminal article by C.K. Prahalad and Gary Hamel in 1990.

The best essays in this new book are those in which Mr. Drucker sticks close to the management arena that is his own core competency. "The assumptions about environment, mission and core competencies must fit reality," he exhorts in an essay called "The Theory of the Business." And the three assumptions must dovetail with each other. Simple enough advice but advice that often gets lost as companies grow and lose their focus. In his contrarian way, Mr. Drucker urges companies just discovering that they need to focus on customers that they should also observe their noncustomers. Department stores are in trouble, Mr. Drucker believes, because they failed to notice that 80 percent of women are now working outside the home and don't want to spend their little free time shopping.

Mr. Drucker's other core competency is his memory. Unlike most experts, whose interests are not served by noting that most expert opinion turns out to be wrong, Mr. Drucker frequently revisits his own and other prophecies as a way to kick start his creativity and remind himself that the only sure thing is change.

He notes, for example, that in all the overheated predictions about the European Union a few years ago, the one course of events no one anticipated was the one that happened: a long period of stagnation that is threatening the assumptions of the European welfare state. Similarly, with all the focus on Japan, no one saw the emergence of China as a model of economic growth and of overseas Chinese as a major business power.

But if some of the book is stimulating and intriguing, overall it is thin. Mr. Drucker notes that most of what he writes, whether for newspapers or magazines, is destined to be collected in book form. This is an area in which Mr. Drucker has more self-esteem than good sense.

Several of the shorter pieces, written for the editorial pages of The Wall Street Journal, didn't have much meat on a first reading and certainly could have been allowed to pass into oblivion without resurrection. Occasionally, Mr. Drucker's infallible sense of the appropriate management metaphor proves fallible. An obsession with team sports and the functional differences between baseball and football team roles becomes almost comical and may cause some readers to feel they were sentenced to watch ESPN over and over and over.

The most disappointing piece in the book is "A Century of Social Transformation," a valedictory essay that first appeared in The Atlantic magazine. Mr. Drucker misses a major opportunity to provide a much needed social vision for corporations that now seem intent on slashing and burning their way to profitability. Instead, he rehashes the history of technology-driven workplace transformation, rehashes the recent history of management theory and then rehashes a lot of unattributed late 20th-century sociology. In Spenglerian fashion, he pulls together examples—mostly unrelated—from different parts of the world in different periods of history to exhort companies not to act only in their own interest but for the common good.

Along the way, Mr. Drucker seems not to have noticed that some of the things he has championed, like outsourcing, have not empowered employees. Just the opposite, in fact: they have been used as a cudgel to reduce wages and job security. He also seems not to have noticed that probably the most significant workplace revolution, certainly since World War II, is the entry of women in great numbers into the workforce. Women appear only in the context of the decline of department stores. Mr. Drucker does believe that race is the United States' "least tractable" problem, which he quaintly calls the "position of the Blacks."

In a fad-driven world, the rule is that prophets inevitably will be surpassed. Mr. Drucker has had a longer run than most. But Managing in a Time of Great Change raises the question of whether the inevitable has finally occurred. 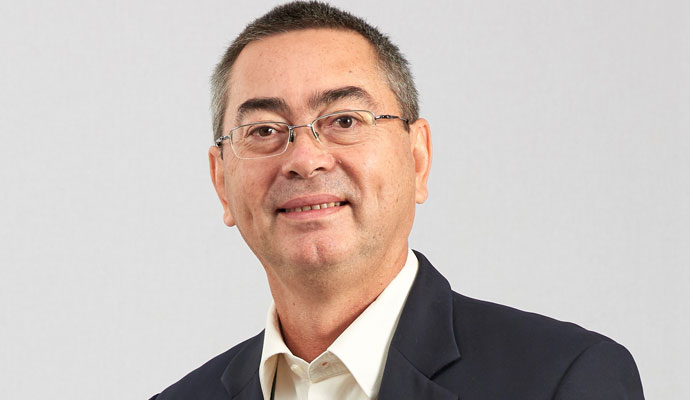 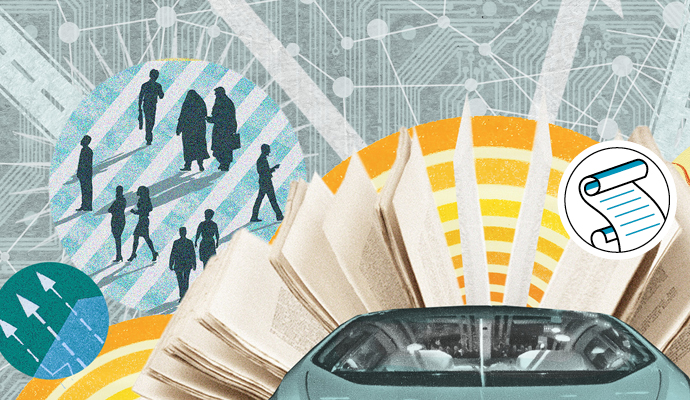 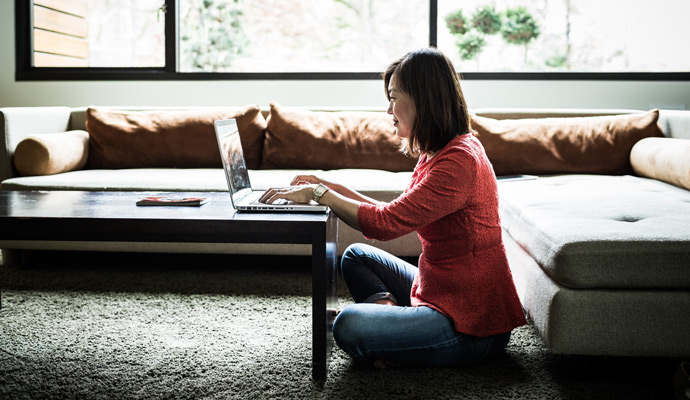 How to help employees learn new skills amid a crisis
Companies can work to overcome the obstacles that stand in the way of employee learning.
by Kelly Palmer and Aaron Hurst
Digital issue