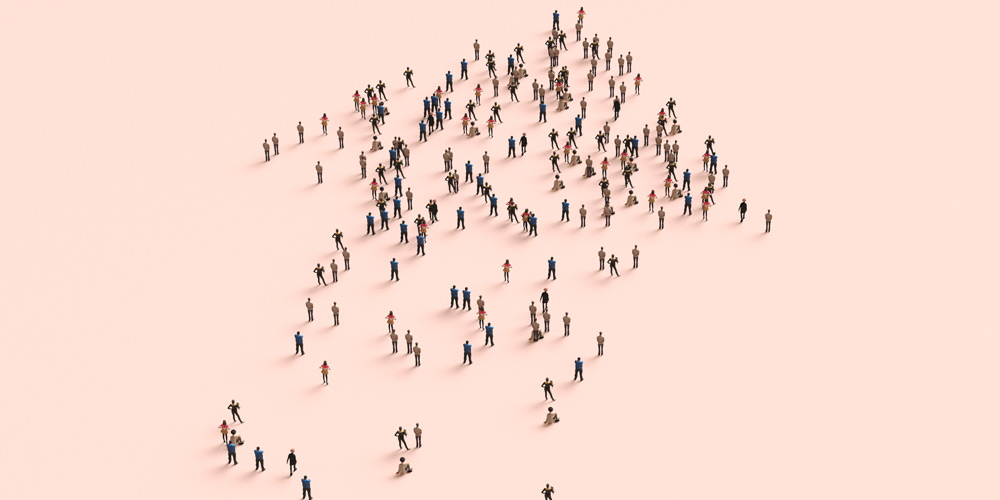 Diversity, Inc.: The Failed Promise of a Billion-Dollar Business 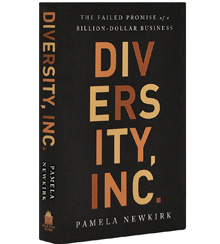 These discrepancies haven’t gone unnoticed, but they also haven’t been effectively addressed. “During more than three decades of my professional life, diversity has been a national preoccupation,” writes journalist and New York University professor Pamela Newkirk in the second paragraph of the preface to her book Diversity, Inc. “Yet despite decades of handwringing, costly initiatives, and uncomfortable conversations, progress in most elite American institutions has been negligible.”

Newkirk devotes most of Diversity, Inc., which is heavily focused on racial inequality, and particularly, discrimination against African-Americans, to demonstrating this dismaying reality through a sometimes tangled mix of factoids and anecdotes drawn from the arenas of academia, media, and business. The bigger stories that emerge are all variations on the same theme: The lack of progress by minorities in America’s elite institutions is a function of a political and societal arc that has stretched across a half a century.

It begins in the mid-1960s, when, just years after the infrastructure of segregation had started to be dismantled, President Lyndon Johnson kicked off his Great Society initiative, which, in part, aimed to right the wrongs committed over centuries of racial and ethnic injustice. Deploying an impressive combination of social programs, regulations, and legislation, Johnson sought to provide equal educational and economic opportunities to minorities. It worked for a while: People of color got access to educations and jobs that were previously denied to them.

Twenty years later, Newkirk reports, conservative politicians, with the support of President Ronald Reagan, began attacking the Great Society as an “entitlement” that the richest nation in the world could no longer afford. They cut program funding and gnawed away at regulations and legislation under the guise of correcting “reverse discrimination.” The progress by minorities stalled. (Only recently, a decade after additional setbacks in the Great Recession, have some small gains resumed.)

Meanwhile, the corporate demand for diversity and inclusion (D&I) is booming, according to Newkirk. In 2003, an MIT professor estimated that companies were spending US$8 billion annually on diversity efforts. In March 2018, a job site reported that postings for D&I positions had risen 35 percent in the previous two years. In 2019, 234 of the companies in the S&P 500 had diversity professionals — 63 percent of whom had been appointed or promoted to their roles in the previous three years. Universities such as Tufts, Cornell, and Georgetown are offering certificate and degree programs in D&I, even as minorities are significantly underrepresented on their faculties. In 2014 and 2015, Google spent $264 million on its diversity programs; yet, in 2019, black employees made up only 3.3 percent of the company’s workforce and 2.6 percent of its leadership. And so on.

The convoluted raft of facts that Newkirk constructs to indict the D&I industry in the final chapter of Diversity, Inc. barely floats, but she is right. A stroll down the corridors of power in corporate America is all the proof we need: The denizens are slightly more diverse now than in the early 1980s, but they are nowhere near as diverse as the workers in the nation’s call centers, warehouses, and retail shops, or as the customers they serve.

The convoluted raft of facts that Newkirk constructs to indict the D&I industry in the final chapter of Diversity, Inc. barely floats, but she is right.

Assuming that the will to do something more than admire this problem can be mustered within nondiverse leadership teams (and by no means should that be considered a given), what should that something more be? Newkirk offers a few hints in two chapter-length cases that embody the book’s shaky prescriptive content: one involves the Coca-Cola Company, the other the National Football League.

The former case dates back to 2000 and a high-profile class-action lawsuit that resulted in Coca-Cola paying a $192.5 million settlement for racial discrimination — the largest such settlement in legal history. (The median pay for African-American employees at Coca-Cola was $36,596; for white employees, it was $65,531.) In addition, the company agreed to become the gold standard for diversity in the corporate world. To ensure accountability, a seven-member task force was appointed to oversee Coca-Cola’s efforts to address endemic racism with a program of systemic and cultural transformation. “Over the next four years,” explains Newkirk, “the climate and composition of Coca-Cola’s workplace began to change, first gradually, as the task force nudged and sometimes dragged the company into compliance with the court agreement.”

The diversity effort really took off with the 2004 appointment of E. Neville Isdell as chairman and CEO. Isdell, who was born in Northern Ireland but grew up in Zambia and spent the first part of his career working for Coca-Cola in Africa, drove the initiative until his retirement in 2008, and then his second-in-command, Muhtar Kent, the U.S.-born son of a Turkish diplomat, picked up the reins until 2017. By 2019, the attention of these two CEOs for 13 years (and James Quincey, CEO since 2017) had driven the minority composition of Coca-Cola’s 727-member leadership team up to 24.3 percent — although that is still not representative of the U.S. population at large or the company’s U.S. workforce, which is 32.3 percent minority. The lesson: D&I transformations require committed and long-term leadership from the top.

The National Football League case dates back to 2002, when two African American head coaches (of five in the 80-year history of the league) were fired in two weeks, leaving just one African American head coach in a league in which 67 percent of the players were African American. This prompted civil rights lawyers Cyrus Mehri and Johnnie Cochran, Jr., to commission an analysis of the performance of NFL head coaches. It revealed that African American coaches, as a group, outperformed white coaches but were consistently passed over for the job. The result was the Rooney Rule, named after former Pittsburgh Steelers owner Dan Rooney, which required that NFL teams interview at least one candidate of color before hiring a new head coach.

“Since the rule was adopted,” reports Newkirk, “the percentage of black and other coaches of color rose from 6 percent — or two coaches — to a high of 25 percent — or eight coaches — during a single season.” But the Rooney Rule’s record is spotty at best. In early 2019, for example, seven of eight open head coach openings were filled by white coaches. The lesson: Compliance may jump-start D&I efforts, but it isn’t enough to power them over the long run.

“In the end, racial diversity will not be ushered in by pledges, slogans, or well-compensated czars,” concludes Newkirk. “Yes, change will require resources and resolve, but no amount of money, no degree of effort, will succeed alongside a willful negation of our shared humanity.” More than 50 years after the Civil Rights Act of 1964 forbade job discrimination, a remedy continues to elude us.