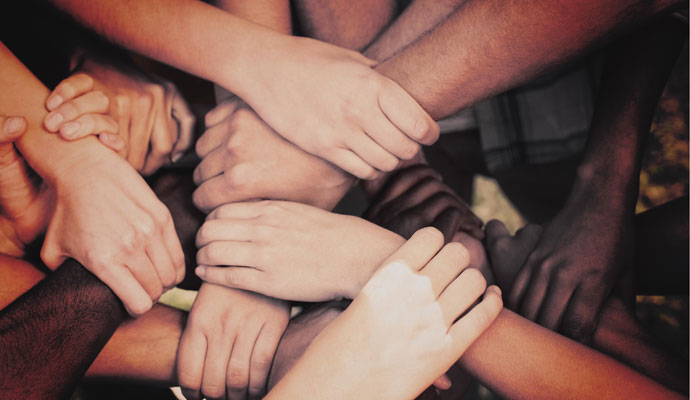 Photograph by Sean Prior / Alamy

The concept of unconscious bias, percolating for years now, is becoming better established, thanks in large part to a wave of scientific research. Every week, it seems, a study or book comes out that offers new and important insights about the subtle ways human beings discriminate against one another, robbing certain groups of important opportunities and depriving institutions of the skills that members of these groups possess.

At the NeuroLeadership Institute, we use cognitive science to help clients solve organizational problems, closing the divide between what’s known about a topic from the research literature and what conventional wisdom leads businesses to do. Bias and how to effectively mitigate it represents such a gap — a gap that amounts to a mass misunderstanding of the science of behavior change, which is part of why so many bias interventions are ineffective.

This international discussion about unconscious bias is undoubtedly good. After all, there’s solid empirical evidence that a sizable chunk of discrimination in society is, in fact, unconscious — just look at studies of the different response rates for resumes with “black” versus “white” names. It’s unlikely these disparities can be entirely attributed to conscious bias, given that 2015 survey research showed solid majorities of white U.S. residents saying they would vote for a black president (a rough but useful proxy for their willingness to hire black candidates for other, less prestigious positions) and showed that only a very small faction believed in inborn differences between black and white people.

The interest in raising awareness of — and making commitments to mitigate — unconscious bias is accordingly large. Since its launch in 1998, the Implicit Association Test, which purports to reveal an individual’s level of unconscious bias, has been taken more than 20 million times, with an uptick in recent months. Further, in June 2017, CEO Action for Diversity & Inclusion was formed, a major initiative under which chief executives promised to “implement and expand unconscious bias education,” among other commitments. Since then, more than 400 organizations, from a wide range of industries, have signed on to the pledge. Many high-profile companies beyond those that have taken the pledge have also been outspoken about unconscious bias.

But if you’re judging your company’s diversity and inclusion efforts on whether education programs merely exist, you’re probably doing it wrong.

The trend toward talking openly about unconscious bias — prioritizing awareness through HR initiatives such as printing posters, giving presentations, and administering tests — brings with it the major risk that CEOs, managers, recruiters, and others will assume awareness is enough to solve the problem. It isn’t.

For many diversity efforts, raising awareness is assumed to be the natural solution. After all, making diversity a priority feels tangible. Pulled in by that immediacy, organizations focus on the prioritization rather than the hard work of behavior change — an approach that’s amorphous, complicated to implement, and difficult to measure. But without the behavior-change work, companies get stuck in a loop of initiative, priority, fatigue, and irrelevance. Rinse and repeat.

The most important finding here is a broad one: For decades, psychologists and political scientists have looked for evidence that educating people about certain issues causes them to act differently. Again and again, on public health issues such as antismoking and antidrug campaigns, they’ve come up empty. People smoke despite knowing the risks of tobacco use. Kids exposed to D.A.R.E., which was for decades the U.S. government’s preferred drug awareness program, aren’t really any less likely to try drugs.

One University of Michigan health professor put it this way in 2014: “We’ve known for over 50 years that providing information alone to people does not change their behavior.” The same logic applies to unconscious bias. If anything, the problem is bigger in this domain, as the underlying behavior is necessarily unconscious. And yet there’s a widespread belief that teaching employees and managers about unconscious bias will lessen it. Very little evidence supports that case.

From a neuroscientific perspective, none of this should come as a surprise. Unconscious biases occur as a result of brain processes that aren’t consciously accessible, so it’s only natural that talking and thinking about them doesn’t really change anything. Of course, education and awareness efforts can get us to think more about diversity and inclusion, and can spark interest in addressing those goals, but they aren’t enough to change the unconscious processes that lead to bias in the first place.

Asking what can change these processes might be the wrong approach. The better question: How can companies change outcomes? And the answer comes down to changing behavior.

The critical insight we have gained is that beyond trying to help individuals become less biased, you need teams to take less biased actions. And because you can’t see it yourself, you need a teammate to help you see it — and mitigate it.

If you’re judging your company’s diversity and inclusion efforts on whether education programs merely exist, you’re probably doing it wrong.

To put that concretely, the habit we most want to see is people catching bias in real time. That requires sharing two things: knowledge and language. The shared knowledge is that everyone perceives the world through filters — if you have a brain, you’re biased — and thus it doesn’t mean something is terribly wrong with you when you exhibit biases. The language is a way of speaking and a vocabulary that allow for these conversations to happen in real time. “Hey, I’m noticing that your first choice to fill this position is a candidate who went to the same university as you,” such a conversation may begin. “Perhaps similarity bias may be at play here?” In our work with a global financial-services company, we found that of 214 participants, a full 85 percent discussed biases at work two weeks after being trained to identify them. Give people the right words, and they’ll use them.

Structural approaches help, too. In 2014, Intel began to require at least two women or members of underrepresented groups on the panels for new hires. Diversity quickly increased: That year, almost a third (32 percent) of new hires were women or people of color; in 2016, it was 45 percent. What’s striking about this kind of preventative measure is that it didn’t target unconscious bias within an individual, but within a process.

The right systems, in other words, can help drive down bias at an organizational level. Concrete rules such as “We will not hire for a position until we have posted it for at least 30 days to a job board geared to minority candidates” or “We will blind ourselves to candidates’ names, schools, and social affiliations (e.g., fraternities or sororities) until the interview stage” will always be more effective than education and awareness campaigns at bolstering diversity and inclusion efforts. These systems can be seen as nudges ensuring a more even playing field. If they’re combined with raised priorities for diversity and inclusion as well, that’s even more effective.

Addressing bias involves behavior change, not merely awareness. Is the percentage of minority applicants and new hires actually going up? Are members of traditionally underrepresented groups being promoted to management positions at the same rate as members of other groups? Are you getting more equitable across your organization? These are tough questions, the answers to which companies might not like. It’s understandable, then, that it’s so common for companies to tout an increase in awareness and education statistics as goals in themselves. But even the best awareness-raising attempts won’t bear any fruit until they are tethered to real, specific policy changes within an organization — and to honest attempts to measure outcomes worth measuring.