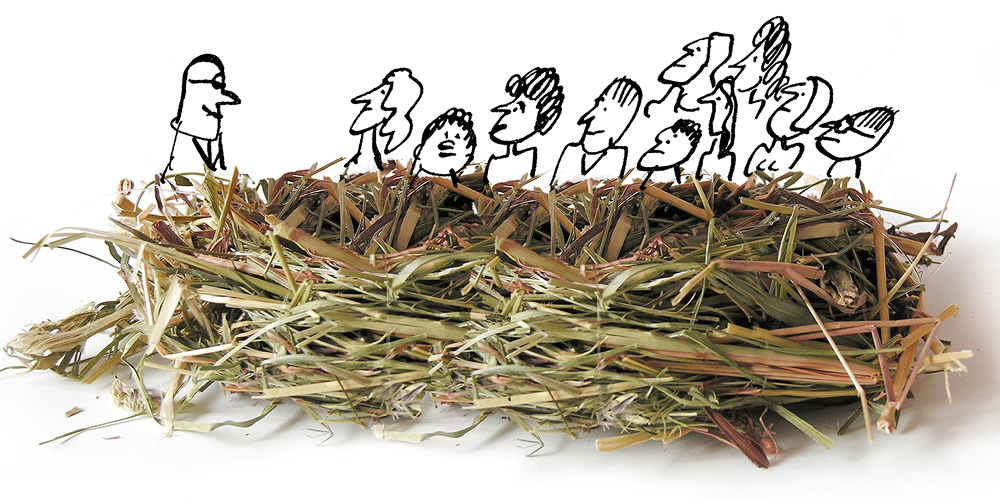 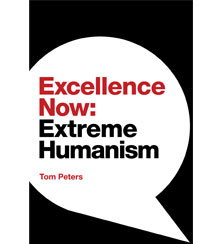 Tom Peters is an older man in a hurry. In his short new volume, he tells us things he’s told us in his many previous books, and he insists we need to run out and do every one of them right now. He tends to rant. Exclamation points and capital letters abound. The phrase “damn it” appears 19 times by my count.

But the book, the best business book of the year on leadership, is significant for one big reason: it is the avowed summa of a man who has been the nation’s premier management guru for decades. And at the heart of his new volume is the urgent recognition that above all else, leaders will have to pay far more attention to people from here on out. To do that, they may well have to rethink their business’s presumed purpose.

For the traditionally loquacious Peters, the book is a model of economy. Excellence Now captures the highlights of a lifetime of reading, thinking, and making observations by the man who rocketed to fame in 1982 when he and Robert H. Waterman published In Search of Excellence, one of the most successful business books of all time. Some of the quotes are pretty good, such as this crack by economist Paul Ormerod, which reflects Peters’s love of small and medium-sized enterprises: “I am often asked by would-be entrepreneurs seeking escape from life within huge corporate structures, ‘How do I build a small firm for myself?’ The answer seems obvious: Buy a very large one and just wait.”

At the heart of this new volume is the urgent recognition that above all else, leaders will have to pay far more attention to people from here on out.

Many of Peters’s traditional themes are here, including a conception of excellence as a way of life and business as a path of virtue. Small is preferred to large, and action to inertia. Get your hands dirty, damn it! Treasure your frontline managers, and treat your part-timers right, too. For heaven’s sake, get out and talk to customers, and listen to people. Apologize when you need to, and do so like you mean it. Profit is hardly mentioned; business here is about making the world better, about beauty and compassion and meaning.

Peters has never ignored the human factor in business, and his contention that a focus on people will be paramount going forward couldn’t be timelier. For one thing, birth rates are plummeting in much of the world, often in countries that were already aging. So working-age people, although still numbering in the billions, will grow more scarce and expensive in many areas. That means firms will have to compete harder to win and retain both workers and customers. Businesses will also have to maximize the productivity and adaptability of their existing workers, who may be hard to replace. “Your principal moral obligation as a leader,” Peters writes, “is to develop the skillset of every one of the people in your charge—temporary as well as semi-permanent—to the maximum extent of your abilities and consistent with their ‘revolutionary’ needs in the years ahead.”

Second, in a world of growing affluence, more people will simply demand better treatment, and they can afford to pay for it. They also have new tools for demanding it, such as social media, where they can broadcast a company’s callousness toward staff or indifference to customers. A third reason for a focus on people is the growing sense that free enterprise as we know it might be skating on thin ice. Last year, in an Edelman study of more than 34,000 people in 28 countries, 56% of respondents agreed that “capitalism as it exists today does more harm than good in the world.” In the United States, for example, economic populism has been on the rise, along with skepticism toward free trade and market concentration. In sum: leaders are likely to find it imperative that they demonstrate concern for citizens instead of just shareholders if they hope to retain the support of voters, legislators, and consumers.

Fourth, there is the earthshaking and long overdue rise of women throughout society and especially in business. This phenomenon is not lost on Peters, who insists that women are better managers than men, and who opens the book by dedicating it to 11 women. “This is not a dedication to ‘the women in my life,’” he writes. “This is a dedication to 11 of the extraordinary professional women who have shaped my views about effective, diverse, humane, and morally focused enterprises.” His insistence in the book that business needs to pay more attention to communications, aesthetics, empathy, meaning, and most of all people is an implicit acknowledgment of the tremendous importance women have assumed as workers, customers, and voters.

Finally, although rapid advancements in artificial intelligence could eradicate worker shortages—by eradicating jobs—firms and societies alike will have to deal with the social, economic, and political ramifications of a technology that increasingly does the judgment-based things people have traditionally done, only better. Peters, always the optimist, hopes businesses can use AI to augment and empower staff. Meanwhile, his advice to executives is to engage all parties, including customers, in discussions. “Do not run and hide when you hear the chant, ‘AI is coming around the bend.’… This should be a personal priority.”

Peters is passionate about diversity and climate change, too. But one wishes the 78-year-old author had more directly faced up to some of the challenges implicit in his enthusiasms. Prioritizing people is great, but which people? If a family-friendly auto shop closes Friday at 5 p.m. sharp and reopens on Monday morning at 9, how friendly is that to the families of working single parents and other customers whose only window for getting cars fixed is the weekend? Are inclusiveness and excellence never at odds? What should you do if they are? No one truly in search of excellence in business and leadership should ignore these sorts of difficult questions.

The value of Peters’s book—so brimming with optimism, enthusiasm, and belief in people—is in the way it grabs us by the lapels and reiterates one last time, in the most direct possible way, the humanistic message of his work. “Take care of people.” “Make uplifting…products and services that inspire our customers and make us smile and be proud.” “Embrace the urgency required to deal with—in your sphere of influence—the catastrophic implications of climate change.” “Behave honorably at all times and be an excellent and vigorous community member and moral leader.” “Aim for excellence day in and day out, not as a grand aspiration, but as a way of life.”

Peters’s latest and perhaps last book—there is a valedictory air about this one—offers not so much argument as inspiration. And at this juncture, that’s more than good enough. When it comes to the very big things in business, Peters is right. Damn it! 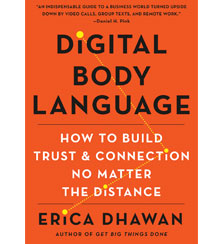 Digital Body Language: How to Build Trust and Connection, No Matter the Distance
by Erica Dhawan (Saint Martin’s Press, 2021)

As 2020 hastened our progress into a virtual world, we focused on acquiring the tech skills we needed to connect—but without reflecting much on how to exert influence and exhibit grace when we were no longer meeting in person. Erica Dhawan, an author, speaker, and consultant, investigates the specifics of what makes for effective digital communication, from email protocols to showing up professionally on Zoom. In doing so, she has produced one of the most practical and user-friendly books of this or any other year. 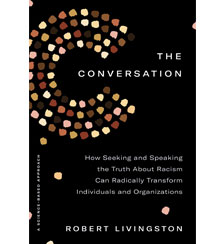 The Conversation: How Seeking and Speaking the Truth about Racism
Can Radically Transform Individuals and Organizations
by Robert Livingston (Currency, 2021)

Business leaders are now called upon to engage constructively and effectively in areas that may not come naturally to them, such as racial and social justice issues. Robert Livingston, a Harvard social psychologist who frequently works with companies, provides highly practical advice on how to hold difficult conversations—and then to turn the emotions and energy they release into practical change.