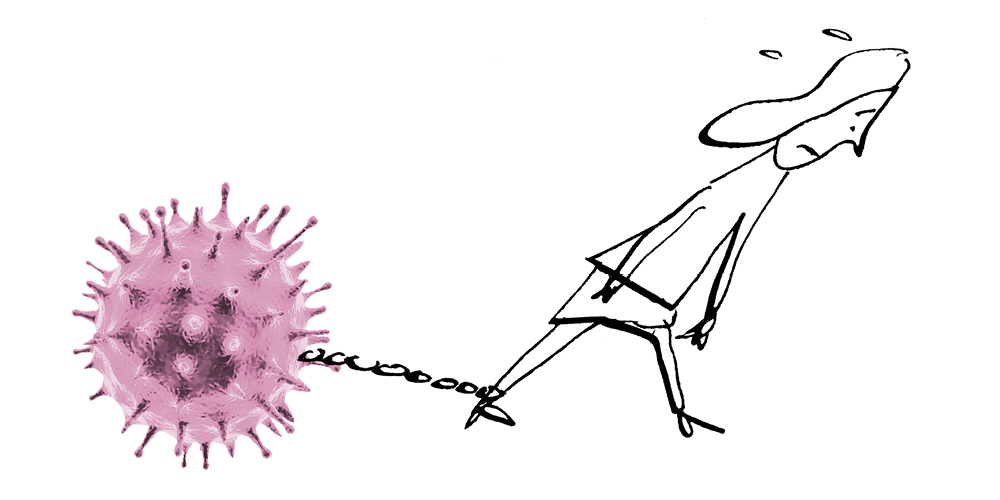 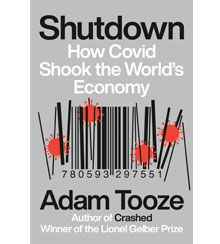 Crashed, Adam Tooze’s seminal 2018 history of the global financial crisis and its aftermath, ends with an air of foreboding. “Can we achieve perpetual stability and peace?” asks Tooze, a historian at Columbia University. “Or must we rely on the balance of terror and the judgment of technicians and generals?” Scarcely a year after the book’s publication, cases of a strange new respiratory virus began to appear in Wuhan, China. The pandemic has likely killed more than 4.5 million people so far, and it has undoubtedly subjected the world’s political and economic institutions to the severest of tests. And even though COVID-19 is not yet done wreaking its havoc, Tooze has already produced Shutdown: How Covid Shook the World’s Economy, an instant history that is essential reading for those trying to understand the past two years.

There is a certain peril to writing the history of an ongoing crisis. Time grants perspective and a greater awareness of which developments truly shifted the course of events. Tooze accepts this and plows ahead, reckoning that there is value to sketching out a narrative, identifying its key themes, and highlighting the big questions raised by the world’s initial response to COVID-19. The gamble pays off, in part because the relentless crush of the news cycle has permitted us little time to process what we’ve been through. Shutdown, the year’s best business book on economics, provides the considered recap we so badly need.

Tooze’s narrative is skillfully woven; it extracts meaning from major episodes of the crisis even as it provides the reader with rich detail, from the ins and outs of political summits to the ups and downs of financial markets. Shutdown reminds us that not all was well as the pandemic dawned. In 2019, global growth slumped badly. Unrest racked parts of the emerging world, while relations between China and the United States remained frosty. The initial spread within China of what was then called the Wuhan virus sparked global concern mostly because of the size and importance of the country’s economy, which seemed likely to weaken sharply as the country locked down. Once it became clear that the disease itself would be a serious global threat, spasms engulfed markets, including the deep and liquid market for the safest of assets: US Treasury bonds.

Central banks, slow off the blocks in dealing with market panic, eventually found the resolve to act boldly and cooperatively. Policymakers dusted off playbooks written during the global financial crisis and got to work backstopping large segments of financial markets, purchasing a huge array of assets, and pumping the global economy full of cash. Tooze dwells on this financial effort because it was both radical and effective, but also because it contrasts so sharply with other aspects of the global response. The world’s central bankers shared an understanding of what needed to be done to prevent a meltdown, and strong leadership by the US Federal Reserve guided policy action that yielded benefits to rich and poor countries alike. Efforts to shore up real economies, to protect the world’s vulnerable against economic hardship, and to deal with the overarching public health crisis never enjoyed anything like the same competent, cooperative action.

There were glimpses, from time to time, of what might have been. The spring of 2020 was a catastrophic one for Europe, between the horrible scenes of death and suffering in Italy and the renewed fear that financial-market havoc might tear the eurozone apart. Yet after staring into the abyss, German chancellor Angela Merkel gave in to the entreaties of the French, Italian, and Spanish governments and agreed, for the first time, to the issuance of common euro-area debt, to be used to fund a program of stimulus and reconstruction. If the Germans were willing to agree to such things, perhaps other miracles might also be possible. The drive for a vaccine provided a similar view of a better world. The Trump administration threw billions of dollars at a crash vaccine-development program called Operation Warp Speed. Researchers from around the world collaborated to develop the world’s first-ever vaccines for a coronavirus in a stunningly short time.

And yet in the end, Tooze notes, government policy was hamstrung by tightfistedness. The International Monetary Fund, its resources having been increased in the years after the global financial crisis, did what it could to provide support to beleaguered emerging economies. But plans for bolder programs were stymied by a US government in no mood to offer fiscal aid to other countries. As vaccines moved closer to approval, leaders of the G20 met to discuss how doses might be provided to the emerging world. An IMF analysis reckoned US$50 billion of spending on vaccine distribution—a sum most individual G20 members could easily afford on their own—would produce an estimated $9 trillion in economic benefits. But when the time came to pony up, Merkel began the bidding with an offer of €500 million (US$587 million), a pitifully low contribution. Other nations were similarly miserly; it seems likely now the pandemic’s second year will end with most of the population of the emerging world still unvaccinated.

Hanging over the narrative is the question of the evolution of the balance of geopolitical power. Although the pandemic began in China, the year 2020 eventually came to look like the point at which the US officially lost its role as the world’s steadying superpower. China quickly brought its epidemic under control, resumed strong economic growth (indeed, it was the only major economy to expand in 2020), and provided vaccines to poor countries when the West would not. The US, on the other hand, seemed incapable of limiting the spread of disease or managing its internal conflicts. Deep racial fault lines were re-exposed over the summer of 2020. In the first week of the new year, amid a contested presidential succession, a mob laid siege to the US Capitol, while more than 4,000 Americans died each day of COVID-19.

In 2021, the balance has seemed to shift back ever so slightly, thanks to a robust economic recovery in the United States. Yet the two powers’ relative strength may be less important than the fact of increasing tensions between them. In 2020, Tooze reminds us, the US sought to block the use of Chinese technology in its critical infrastructure and to deny the selling of essential technologies to China. Importantly, a change in US leadership has not resulted in de-escalation. Pandemic aside, the world seems to be entering a dangerous new era.

And that, above all, is the message Shutdown seeks to convey. To survive this new era, in which old orthodoxies have been thrown aside and new rules apply, we will have to find a vision and a wisdom that has eluded us these past two years. It will not be easy. Tooze closes his book, once again, in ominous fashion, with the line, “We ain’t seen nothing yet.” 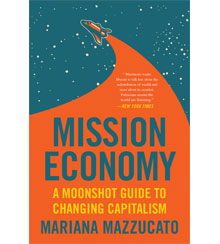 Mariana Mazzucato has long argued that the great technological leaps of the past owed as much to government encouragement as to entrepreneurial daring. In a new book, Mission Economy, she says that government can play an important role in tackling the challenges of the present, if only we can manage to think pragmatically rather than dogmatically. The trick is for government to set clear and ambitious goals, much as the United States did when it declared its intention to land people on the moon. Though the book may not convince ardent free-marketers, her approach seems to be gaining currency in Washington. 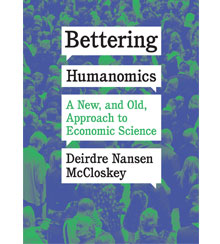 Bettering Humanomics is a short book that ought really to be a little shorter, but that nonetheless makes a rewarding read for those interested in economics. The author, Deirdre Nansen McCloskey, is a classicist and economic historian who makes a compelling case that too many economists are doing bad science. The assumption that humans are self-interested automatons, the dull homo economicus, allows economists to engage in all sorts of fancy mathematical modeling that produces few real insights about how the world works. But, she writes, only by acknowledging that humans are complicated creatures with rich inner lives, and engaging (gasp) with the humanities and “soft” social sciences, can economists make real progress in understanding big questions, such as why some societies are rich and others poor.