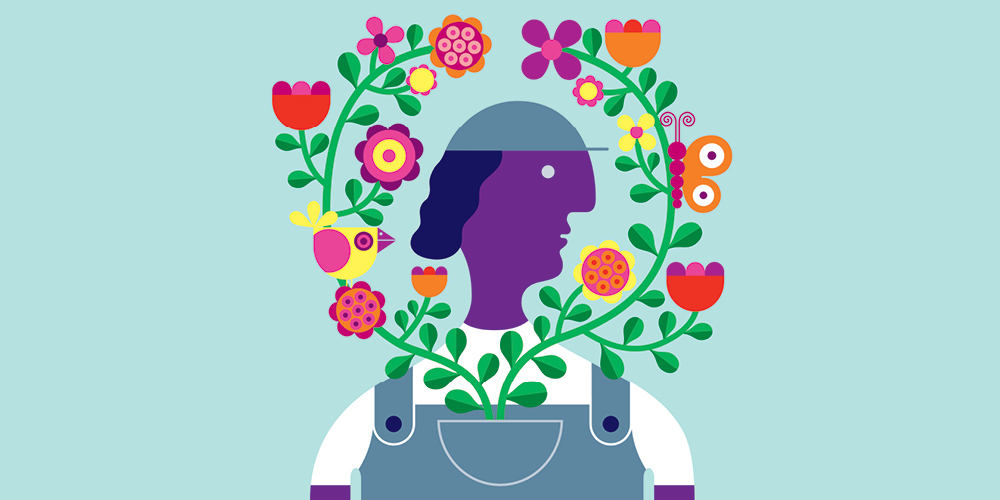 It appeared to be a routine day at the cookie factory in Mar del Plata, Argentina — a facility operated by PepsiCo Central and South America (CASA). Freshly baked treats were continually transferred from an enormous industrial oven onto an assembly line for cooling. As machines whirred and workers moved about, a piece of the conveyor belt broke down, bringing the action to an abrupt stop. The turn of events was no surprise to anyone on the line. They thought they knew what would happen next: The line operator would have to order another $300 part from Italy, and production wouldn’t resume until it arrived.

The operator on the line that day in 2018 happened to be a skilled tinkerer who owned a 3D printer. He knew there must be a faster and less expensive way to get the part. That evening, at home, he began applying his problem-solving skills. It took him several tries and some 13 prototypes, but in the end, he created a replacement part that could be manufactured locally and quickly and for just $2. The line operator is now a go-to source for other employees in the company seeking to start similar initiatives.

This innovation didn’t happen by chance. In previous years, it would probably not have happened at all. But in 2018, PepsiCo CASA started an initiative to instill what we call an “agile mind-set” among employees. In the technology industry, agile often refers to an intensive project development method, but for PepsiCo, it is an overarching cultural orientation. Agility at PepsiCo means a less formal, less rules-driven, more productive, and more creative way of operating. People are encouraged to speak up and provide feedback on how to minimize bureaucracy, quickly adapt to meet changing customer needs, and maintain a healthy work–life balance — using digital tools and piloting self-organizing teams.

Many little habits and practices, seemingly disconnected, all come together in an agile culture. People volunteer solutions to problems, as the line operator did, even when that isn’t strictly part of their job. They experiment with new ideas and talk openly about problems in early stages, rather than covering them up. They propose and participate in community-engagement efforts. When their time is not used effectively, they challenge what’s happening and propose alternatives to get to the desired outcome. It is a system of continuous feedback and personal growth. In short, people help create the kind of place where they want to come to work each day. This atmosphere attracts other people with a similar perspective — people interested in contributing their own energy and curiosity.

When you start to champion these kinds of behaviors, momentum builds and a more agile mind-set forms around you. That’s exactly what has happened at PepsiCo CASA over the last year.

PepsiCo was founded in 1898 as a soft-drink company in North Carolina. Today, it’s the second-largest food and beverage company in the world. Over the last century, PepsiCo CASA has grown into a strong presence in the 34 countries it serves. With revenue of US$7.4 billion in 2018, its contributions came to 11 percent of its parent company’s overall revenue that year. The CASA portfolio includes major global brands such as Quaker, Lays, and Gatorade — and of course Pepsi — as well as regional brands such as Toddy, Tortrix, and Kero Coco.

The situation looked different in 2017. In that year, it became clear that digital technology was about to further disrupt the way every consumer packaged goods company does business. PepsiCo CASA’s growth rate had declined to 3 percent. Its leaders realized that to accelerate top-line growth they would have to embrace an agile mind-set. The change would balance adoption of new technology with a more concentrated focus on people — customers and employees alike. The company would use innovative digital systems to empower all of its 17,000 employees, including executives, factory workers, and delivery drivers.

In October 2018, company leaders began to spread the word about the five principles to guide this initiative:

1. Be value-driven and consumer-obsessed. The company emphasized that the consumer is king and everything the company does needs to have a positive impact on the consumer. Every product is shaped by consumer preference.

2. Seek progress over perfection. Perfect is the enemy of progress, because getting to perfect takes too long for an evolving marketplace. Instead, employees were encouraged to cultivate experimentation, iterate quickly, and get constant feedback to reduce the risk of large failures.

3. Give and receive constant feedback. Employees are reminded to see feedback as data points, which they can use as input for their own growth and improvement. Feedback loops are a deliberate part of company processes and projects. Because they’re no longer striving for perfection, employees are more open to learning and to accepting feedback.

4. Empower employees to do their job. Managers are expected to coach and train their people rather than order them about. This helps employees feel trusted to find ways to solve problems and get projects done with minimal oversight. Decision making is pushed to the lowest level possible, to the person closest to the action and with the best information. When managers do need to get involved, employees are expected to furnish their managers with information.

Further, every day, workers are asked to identify two key priorities they must tackle to have a “winning day,” and organize their tasks accordingly. This gives employees permission to question the way things have always been done, develop and test new processes on their own, make improvements, and suggest those improvements to a broader group.

5. Keep learning. Employees are expected to continually learn new skills. They are expected to question practices and reduce or eliminate habits that are no longer useful. Time is allotted each week for all employees to “upgrade” themselves, and a large catalog of training materials and classes is available.

Underpinning this effort is a belief that time is the most democratic and precious resource, and that people can make much better use of it to be more productive at work and have more time outside work. That is why the company has found ways to give employees back some time to innovate and better serve customers during working hours. Then, with work at the office streamlined and a culture that encourages disconnecting from the workplace during off-hours, employees no longer feel that they have to take time away from family to address work issues. Employees are asked to look carefully at how they spend their time in the office. Something is not working if people feel they need to be in the office for long hours and work through vacations. Setting expectations that employees should be working to finish a project, instead of just “working to be working,” helps them focus on what’s important and puts time back where it belongs: on a fulfilling life at and outside work.

Employees are urged to think anew about routine, administrative tasks, looking at what’s necessary and what can be streamlined. Think of all the time employees spend on email, calendars, and the like. The company is starting to set up automated processes to take some tedious tasks off employees’ plates, freeing up even more time.

Meetings are also examined. Just because a meeting has always been held for an hour once a week doesn’t necessarily mean it should continue. It could be that only a half hour is required weekly, or that the meeting could be held just twice a month. The once-wasted time is freed up for working, finishing projects, learning, and innovating. Everyone is empowered to do their best work, giving them more free time to innovate on the job, and more time to enjoy outside work. Both aspects are business-critical.

Putting the principles to work

In the past year, the company has seen significant successes in adopting these principles and creating a culture that supports an agile mind-set. But the task was daunting in a company as big and diverse as PepsiCo CASA. When it was announced to the staff that they would be working in these new ways, some employees were skeptical, for two reasons: They doubted that they would be granted the freedom to put the principles to work, and, even if that happened, they doubted it would help keep the company agile in responding to customer needs.

While everyone was talking about becoming more agile, the leadership team at PepsiCo CASA jumped right in, taking both a bottom-up and a top-down approach.

CASA is a complex operating unit, comprising more than 20 countries with different cultures and different ways of working. This diversity created a lot of uncertainties for teams, so communication about the program and how it would be implemented was key. The effort had to start small and move fast. A targeted group of high achievers and influencers was trained on the new ways of working and thinking, and charged with evangelizing the principles to peers. After about a month, new groups were brought in to be trained, and a third contingent a month later. The training was tweaked as feedback came in.

The process hasn’t been completely smooth. Fostering a new mind-set and creating a new culture is no easy feat. The disruption has been challenging for managers who try to micromanage their teams or send emails at all hours expecting staff to respond quickly. It will take time and practice for them to adopt new ways of thinking and working.

Over the past year, the new ways of working have made employees happier, more empowered, and more innovative. On the annual employee survey, the response to the mainstay question “How agile are we?” — which had hovered around 60 percent before the program — hit 70 percent. The survey also revealed that the time employees spend on “value-added” work had increased by 75 percent and the time spent on “non-value-added” tasks, such as email and administrative duties, had decreased by 45 percent. That makes for more engaged, more efficient, and more creative employees who look forward to their personal time. Further, the new ways of working are fueling the overall PepsiCo corporate vision of “faster, stronger, and better.”

To be sure, enacting these types of changes takes time and dedication at any firm, let alone one as large and diverse as PepsiCo CASA. But you, too, can create a culture that supports an agile mind-set among all employees. Decide how you want your workplace to look, find the people who already epitomize that culture, and foster the right behaviors for them and everyone else. Start by learning, practicing, and sharing. Soon you will see momentum build around creating a new and more agile mind-set, one that will serve both your customers and your employees.