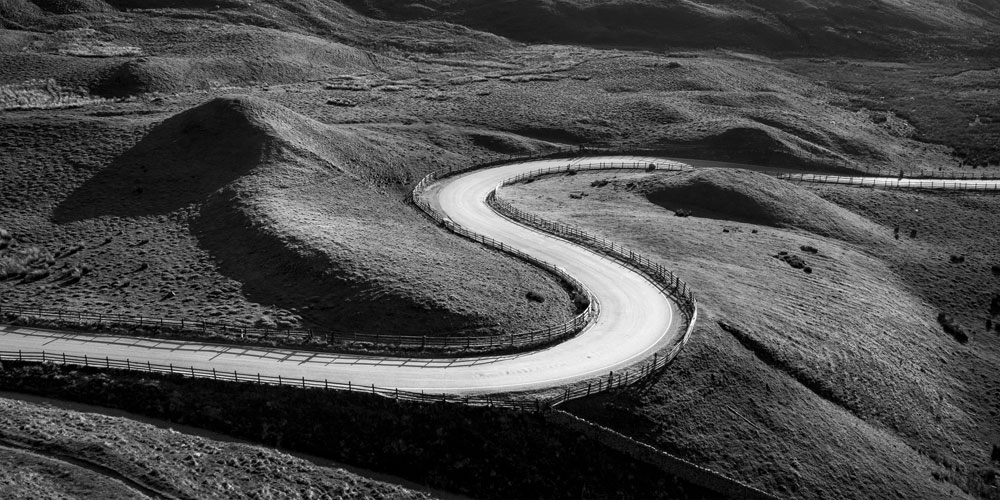 Photograph by R A Kearton

Recently, someone on LinkedIn asked me for career advice. LOL. The ink line of my career is a random squiggle with lots of breaks and blotches. It isn’t until about halfway through that the line begins to look like it might be going somewhere. That’s the point at which I found something I enjoyed doing that paid enough for me to keep doing it. I grabbed that like a drowning man does a life ring. 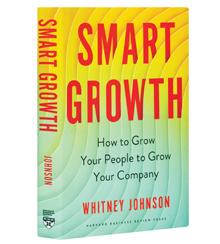 I grabbed Whitney Johnson’s new book, Smart Growth, with similar enthusiasm, because it seemed there might be a more rational and ordered way to view my career. There is. As Johnson might tell it, I didn’t flounder for years; I followed the “S Curve of Learning.”

Johnson, a consultant and speaker, has a knack for picking out theories from the discipline of innovation and applying them to individual growth. In her 2015 book, Disrupt Yourself, she used Clayton Christensen’s theory of disruptive innovation as the foundation for a guide to career-changing moves. In Smart Growth, Johnson applies Everett M. Rogers’s theory of innovation diffusion to forging a career path.

In his 1957 doctoral dissertation, Rogers showed that the number of Iowa farmers adopting a new weed killer followed an S curve: adoption started slowly, with only a few farmers willing to take a chance on the new product; shot upward as the majority of farmers became convinced of its benefits; and then leveled off as the remaining, most cautious farmers finally committed. By the time Rogers’s seminal Diffusion of Innovations was published in 1962, the rural sociologist was convinced that the S curve of innovation diffusion depicted “a kind of universal process of social change.” Indeed, S curves have been used in many arenas since then, and Rogers’s book is among the most cited in the social sciences, according to Google Scholar.

Johnson’s S Curve of Learning follows this well-established path. There’s the slow advancement toward a “launch point,” during which you canvas the (hopefully) myriad opportunities for career growth available to you and pick a promising one. Then there’s the fast growth once you hit the “sweet spot,” as you build momentum, forging and inhabiting the new you. And, finally, there is “mastery,” the stage in which you might cruise for a while, reaping the rewards of your efforts, before you start looking for something new, starting the cycle all over again.

Johnson lays out six different roles that you must play as you travel along her learning curve. In the launch phase, where I spent what felt like an eternity, you first act as an Explorer, who searches for and picks a destination. Next you become a Collector, amassing the information and resources needed to confirm that the destination is the right one before pushing toward it. In the sweet spot, you become an Accelerator, putting the information and knowledge you collected to work, and then a Metamorph, for whom, as Johnson says, “‘I do this’ evolves into ‘I am this.’” In the mastery phase, you assume the role of Anchor: your destination has been attained, and you bask in your developmental glory. When you tire of the easy life, you become a Mountaineer in search of new S curves to summit.

If this all sounds a little precious, well, sometimes it is. Johnson’s style is inspirational and aspirational, but she also grounds her ideas in concrete advice and warnings. In the chapter on being an Explorer, for example, she provides seven questions for evaluating an S Curve of Learning, such as, “Is it easy to test?” and “Is the reward worth the cost?” In the chapter on being a Mountaineer, she warns of two dangers: freefall, when the self-satisfied slip (or get pushed) off their summits, and the death zone, where learning stops and careers stagnate.

Managers may want to grab the book, because Johnson’s S curve could help them guide the career development of their employees. Be forewarned, though: the book’s subtitle, How to Grow Your People to Grow Your Company, is something of a red herring. True, Johnson dedicates certain sections to how leaders can help employees travel their S curves, as well as tips for managers. There are also tables that track the emotions employees may be feeling as they traverse each growth stage, or that briefly describe how to help people depending on the maturity level of the company (i.e., young and/or growing, advancing and/or mid-stage, and historic and/or complex). But the sections aimed directly at managers total fewer than 30 pages.

I have a couple of other warnings. One concerns the book’s underlying assumption that career opportunities are boundless. It’s obvious that they aren’t for many people, even though Johnson includes several stories of people who overcame seemingly unvaultable barriers to success.

The other warning is a reality check. As far as I can tell, most people’s careers don’t conform to neatly drawn S curves. No matter how those careers look in hindsight, they are more often random, emerging over time from a miasma of intention, hard work, circumstance, and dumb luck. In this regard, Smart Growth should come with a disclaimer: results may vary.