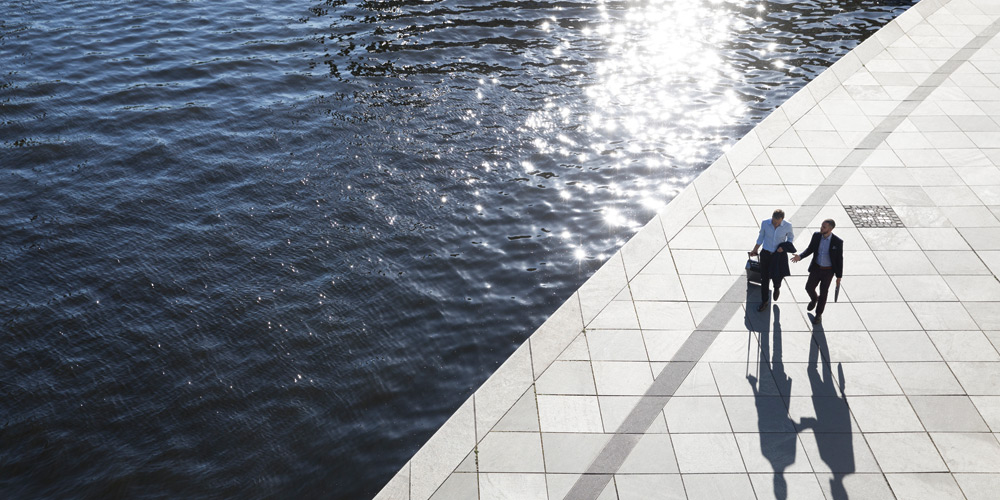 In 1998 in a lakeside town in the highlands of Guatemala, Hugo Beteta, a foundation executive, and Otilia Lux de Coti, an indigenous human rights campaigner, went for a walk. They were an unlikely pair. The country had been mired in a genocidal civil war in which the Guatemalan army had murdered hundreds of thousands of indigenous people, and Hugo and Otilia came from two worlds that were almost completely separated, politically, socially, and culturally. But in 1996, the government and the rebels had signed a peace treaty to end the war. On the day Hugo and Otilia took their walk, I was facilitating a leadership workshop on how to implement the peace accords, and I’d invited the participants to choose a partner who was most different from them and go for a 45-minute stroll outside the hotel.

I was sitting in the meeting room waiting for the participants to return when Hugo entered, looking stunned. He was almost staggering, and I asked him what had happened. “Otilia told me a story about her high school graduation that really shook me up. She’d received the highest grades of any graduating student and was given the honor of carrying the national flag onto the stage, but the school wouldn’t allow her to wear her traditional ethnic clothing to the ceremony. So, she was forced to choose between having her accomplishment recognized and offending her family and betraying herself,” he said. “I hadn’t grasped how we Guatemalans have built everyday mechanisms for perpetuating the racism and inequality that produced the genocide.”

Hugo wasn’t the only workshop team member to report gaining a deeper understanding of the situation in Guatemala as a result of the stories shared during the walking exercise. These shifts in perspective helped the group make progress. Over the years that followed, the participants took many significant actions, separately and together, to build a better future for their country, including greater indigenous inclusion. Hugo, by the way, became minister of finance, and Otilia was appointed minister of culture.

I’ve used this paired walk exercise in many multi-stakeholder workshops around the world. It’s so simple and yet it’s one of the exercises that participants say has the biggest impact on their understanding of their situation and their relationships with others. Why is this ordinary activity so fruitful?

On one level, the walk is effective because of its mechanics. Two people who want to connect move forward side by side, look at the world together, and talk casually, without any papers or other distractions. The walk offers people an opportunity to connect on a human level, as equals, and to share their perspectives. This experience can produce profound changes. Almost everyone who has gone on these walks over the years says that, like Hugo, they were surprised and affected to see the world through the eyes of their partners, with whom they expected to have nothing in common.

Lucila Servitje, a Catholic theologian who participated in this activity at another workshop I facilitated, offers a deeper explanation for why it’s effective. She suggests that the walk and the informal sharing of stories has impact because they involve mutual acceptance, and this feeling of being accepted is what enables us to change our thinking and actions. The sequence here — first, we’re accepted, and then we reconsider our position — is the opposite of the traditional Catholic confession, where, first, we confess, and then we’re forgiven. The walk, she says, is like God’s grace: love we receive that we don’t have to earn.

My business partner, the late Bill O’Brien, was the CEO of Hanover Insurance Company in Worcester, Mass., from 1971 to 1991. Under his leadership, the company rose from the bottom to the top of the U.S. underwriting industry. The main premise of the management philosophy that made this turnaround possible was something he called the principle of love: that you should treat employees with a radical acceptance that enables them to freely choose good courses of action. In his book, Character at Work, he wrote:

In our Western world, the word “love” has deep connotations we do not normally associate with business — romance, for example, or that special feeling among family members or close friends. But I am not talking about these kinds of relationships. By “love,” I mean a predisposition toward helping another person to become complete: to develop to their full potential. Love is not something that suddenly strikes us — it is an act of the will. By “an act of will,” I mean that you do not have to like someone to love him or her. Love is an intentional disposition toward another person.

In a typical workplace, people often feel unheard and judged and therefore act defensively. This makes it hard for them to change their thinking or acting, even when they need to. The paired walk is an example of how to create a different kind of space, within which people can relax enough to see what they’re doing with fresh eyes and decide what they might want to do differently. But even if you don’t send your employees on paired walks, you can apply the same principles in other ways by doing the following things.

In a typical workplace, people often feel unheard and judged.… The paired walk is an example of how to create a different kind of space, within which people can relax enough to see what they’re doing with fresh eyes.

Create opportunities for personal connection. Some teams can be effective in doing routine work as long as their relationships are professional or collegial. But teams that are doing tough work and that include members with big differences in perspectives and personalities need to know enough about each other’s lives to be able to understand and empathize with one another even when they don’t agree. At my firm, our in-person and virtual meetings always include time for sharing personal news and feelings. Psychologist Carl Rogers wrote in his book On Becoming a Person, “What is most personal is most universal.” Enabling voluntary personal sharing helps diverse teams work together through their differences.

Require responsibility. Leaders of teams undertaking complex tasks have to go beyond telling people what to do. Leaders need their followers to take responsibility for what they’re doing and to be self-reflective enough to learn and change. O’Brien’s leadership highlighted the role that guiding values play in effecting change, and he emphasized that “a value that is not freely chosen is not a value.” You can’t force someone to choose voluntarily, so managers must expect team members to make choices and take responsibility for the consequences of those choices.

Practice radical acceptance. When people are afraid that their colleagues, supervisors, or clients might think badly of them if they acknowledge their own shortcomings, it’s hard for them to be open enough to learn and make wiser choices. So it’s crucial for leaders to communicate radical acceptance: what Rogers called “unconditional positive regard” and O’Brien called love. But don’t communicate this if you don’t mean it. Anyone can tell if you’re only pretending to care about them.

At work and beyond, most people want to be able to connect respectfully with others, to learn, and to make their own choices about how to deal with the situation they are in. This is why the simple exercise of walking and talking is a potent tool for personal and systemic transformation.