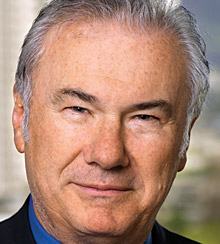 Note: This article was originally published by Booz & Company.

Every great company is involved in building great capabilities: gaining competitive advantage from the things it does exceptionally well. In the last few years, the growing recognition of capabilities’ importance in management strategy and business innovation has made David Teece’s work particularly relevant. A professor at the Haas School of Business at the University of California at Berkeley, Teece originated the theory of “dynamic capabilities” to explain how companies fulfill two seemingly contradictory imperatives. They must be both stable enough to continue to deliver value in their own distinctive way and resilient and adaptive enough to shift on a dime when circumstances demand it.

The dynamic capabilities concept is noteworthy for its explicit repudiation of the economics mainstream, which required Teece to turn against his own academic heritage. Originally from New Zealand, he studied economics at the University of Pennsylvania, where one of his mentors was Nobel laureate Oliver Williamson. (Teece’s work, in turn, influenced management strategy theorist Gary Pisano and business innovation expert Henry Chesbrough, who were his students and collaborators.)

Teece sat down with us at the Berkeley Research Group in Emeryville, Calif.—a firm that he cofounded in 2010 and chairs—to talk about the origins of the theory, the relationship of economic value to capabilities-driven strategies, and the ever-challenging quest to define how companies can reliably develop dynamic capabilities of their own.

S+B: What is a dynamic capability?
TEECE: A capability is a set of learned processes and activities that enable a company to produce a particular outcome. Ordinary capabilities are like best practices. They typically start in one or two companies and spread to the entire industry. Every automobile company knows how to build an assembly plant, or how to get relatively quick equipment turns on the line. It took 25 years, but every company has now learned the Toyota production system. You can learn it by taking an engineering class here at U.C. Berkeley.

Dynamic capabilities, unlike ordinary capabilities, are idiosyncratic: unique to each company and rooted in the company’s history. They’re captured not just in routines, but in business models that go back decades and that are difficult to imitate. Lynda Gratton and the late Sumantra Ghoshal called them “signature processes.” They are “the way things are done around here.”

S+B: Where do these signature processes come from?
TEECE: Usually they’re based on things that the company has done in the past, going back to its origins. But I don’t buy into the deterministic view that once a company gets going, everything it does is locked in place. Instead, companies adapt, in a process much like evolutionary fitness. As the business niche changes, the capability changes accordingly.

Companies adapt, in a process much like evolutionary fitness.

That doesn’t just happen on its own. Three types of managerial activities can make a capability dynamic: sensing (which means identifying and assessing opportunities outside your company), seizing (mobilizing your resources to capture value from those opportunities), and transforming (continuous renewal). This framework, which I described in my paper “Explicating Dynamic Capabilities” [Strategic Management Journal, Dec. 2007] explains how to get the future right: how to position today’s resources properly for tomorrow.

For example, Nokia missed the smartphone revolution because the company was not well equipped for sensing—especially compared to Apple, which was embedded in the milieu that was breeding the next generation of smartphones. Based here in the San Francisco Bay Area, Steve Jobs sensed what customers wanted, and he knew what technologists were doing. Even more importantly, he built the capabilities that Apple needed, step by step. For example, to make the iPod work, Apple developed capabilities in digital rights management and handheld device design. Jobs and his team learned how to cut deals with studios and recording companies, and how to bring together user-friendly technology in a very appealing form factor.

Nokia had a research lab in Berkeley, but their base of operations was far away, in Finland, and they relied too much on their own R&D. They tapped into the science, but they missed the state of mind.

S+B: How did your idea of dynamic capabilities evolve?
TEECE: In the 1980s and 1990s, I taught classical microeconomics to MBA students at Stanford and Berkeley, and one of the ideas we discussed was that a firm was a “black box.” [This theory implied that] managers of different firms would respond in the same way to external events. Some business students began asking why the theories ignored the fact that different companies had different levels of capabilities, which was obvious to anyone in the technology industries. It was also present in the cases we studied—but went unrecognized.

For instance, my own early work had focused on why companies profited (or didn’t profit) from innovation. In 1986, I had published a case story on the EMI Group, a wonderfully innovative company that failed in the marketplace. Until it went bankrupt and was sold in 2012, EMI was a diversified technology enterprise based in London. During World War II, it built the first airborne onboard radar, on the Bristol Beaufighter aircraft. In the 1960s, it was the Beatles’ first recording label. Then in 1967, an EMI electrical engineer named Godfrey Hounsfield started work on the first commercially viable computed tomography (CT) scanner. He introduced it at a radiology conference in 1971, and it became instantly famous in the profession. This was a brilliant effort, the greatest contribution to radiography since X-rays, one of the earliest devices to combine hardware and software into a single dedicated machine, and a machine that changed the world. Hounsfield won the Nobel Prize in 1979 for it. But EMI never profited from the CT scanner. It made only a few of them at first, one of which it sold to General Electric.

Stories like this tend to be told as failures of strategy. But EMI’s leaders knew that the United States was the most viable market for their product. Unfortunately, they lacked the marketing and manufacturing capabilities to succeed there. They spent a couple hundred million dollars getting a factory in place, but by the time it was complete, GE and Siemens had reverse engineered the CT scanner and taken the market over. EMI ended up with nothing, other than copyright claims in an infringement lawsuit. It wasn’t a failure in strategy. They lacked capabilities.

So I set out on my own inquiry about capabilities. I found intellectual support from non-mainstream economists who were interested in innovation and evolutionary economics: Sidney G. Winter (then at Yale, now at Wharton) and Richard R. Nelson [now professor emeritus] at Columbia. In 1997, I published my first paper on the subject [“Dynamic Capabilities and Strategic Management,” Strategic Management Journal, August 1997], with Gary Pisano (now at Harvard) and Amy Shuen (who went on to teach at San Jose State). Along with Jensen and Meckling’s paper on the agency theory of the firm, it’s one of the two most cited papers in economics and business.

S+B: How do intellectual property rights and capabilities fit together?
TEECE: Unless you have truly fundamental inventions that no one else can copy, you need both. Strong intellectual property protection, in itself, will only help you on the first round of innovation. During that time, you can rent other people’s complementary capabilities. But sooner or later, you’re going to get copied, so you’ve got to move quickly to build the capabilities you need for the second round, and to try and preserve as much of the proprietary aspect of the technology as you can.

The most important factor is the integration of intellectual property with the overall corporate strategy. In most companies, the general counsel and the top strategy people don’t talk much to each other—but they should.

S+B: How can dynamic capabilities be scaled up throughout a large company?
TEECE: I may be the only economist who is a strong believer in corporate culture; I explain corporate culture to my economist friends as “control on the cheap.” Corporate culture is about getting people to do things without necessarily having to bribe or threaten them. [Using] dynamic capabilities requires that you infuse this entrepreneurial culture throughout the organization. Only then does top management have a chance of actually making the organization robust.

Corporate culture is about getting people to do things without necessarily having to bribe or threaten them.

It’s very hard to figure out which capabilities are most important, which aspect of “the way things are done around here” is the one that leads to superior performance. Sometimes people in an organization don’t know why their own capability is successful. They attribute their success to the wrong factors. In the early 1980s, many U.S. industries went down a lot of blind alleys trying to reverse engineer the reason for Japan’s success. First, they thought it was Japan’s lower cost of capital, then it was government subsidies, or possibly even robotics. Then maybe it was their calisthenics at lunchtime. If you’re going to copy something, as Dick Rumelt says, you have to understand how the underlying system works.

That’s the contribution we make with dynamic capabilities. A useful theory is one with some descriptive validity that helps integrate and relate disparate ideas that you know are important. The dynamic capabilities theory does that. It provides an intellectual structure for businesspeople to start thinking systematically about why companies succeed—or fail.