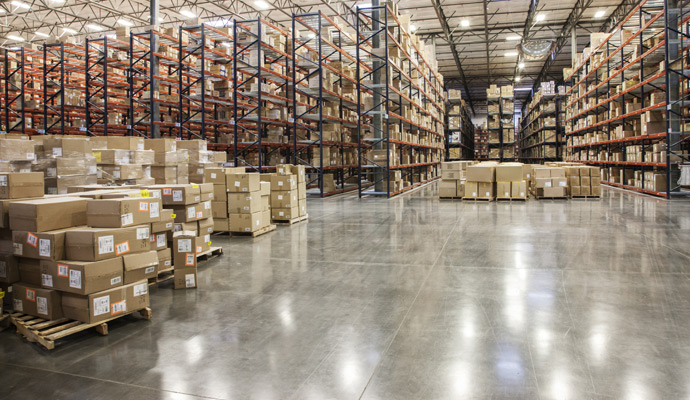 Why do some well-run technology companies maintain merely stable growth, while others surge? The tech sector’s recent history includes many high performers — often led by visionaries — but only a few outsized winners. Consider two of the most well known: Amazon and Google. Between 2005 and 2017, Amazon’s revenue increased 28.85 percent, compounded annually, while Google’s grew at a 27.27 percent annual rate. Meanwhile, most of their peers among large technology firms saw scant growth — in the low-to-mid single digits.

The difference, it turns out, lies not in the level of deal activity, or in company size, or in market stage or market share. Nor does it lie in operational excellence. Instead, the answer lies in a specific approach to value creation. These highly successful, large, rapidly growing companies are market makers.

What Is a Market Maker?

“Market makers” in the securities markets succeed by playing an intermediary role. Other companies succeed by buying commanding positions in new markets. But the market makers in the technology sector in which we are interested are different. They actually create markets, especially markets that enable them to engage customers with a complete product or service and a seamless experience. Many of these new markets also offer the potential for natural monopolies with a prohibitively high cost of entry for competitors.

Because market makers create new revenue streams, they enjoy exceptional growth once these markets attain critical mass. They face potential new competitors with a commanding first-mover advantage. And they enjoy outsized rewards in both the bottom line and stock market performance.

How do they do it? It’s not simply by having a stroke of entrepreneurial genius or writing some brilliant code. Rather, the answer lies in how these companies systematically combine M&A with R&D and a distinctive culture.

Market makers rarely attempt giant, transformational deals, which can be highly risky. They use M&A to assemble elements that are critical to building out a new market and enriching the customer experience. With this approach, even small deals can have far-reaching impacts over the long term, if they enable the company to attain critical mass in a market.

Consider one of Google’s early acquisitions, Applied Semantics, which the company bought in 2003. This relatively small deal (US$102 million) enabled Google to use contextual targeting technology to vastly improve its search capability — and ultimately helped make search-based advertising a massive market.

Google’s acquisition of Android is another example. A tiny company when Google bought it in 2005 for an estimated $50 million, Android allowed Google to create a platform alternative to Apple’s iOS — and an entirely new market for its advertising business. Google today makes an estimated $1 billion per year from mobile display ads on Android.

Because many technology-sector market makers have powerful digital platforms, acquired assets can also become more valuable simply by becoming part of one of these platforms.

Consider Amazon, which in 2009 paid $1.2 billion for Zappos. The deal opened up a new market for Amazon in online shoe and clothing sales — but it created such significant value only because Amazon could integrate Zappos with its existing platform. Then, in 2015, to add a missing piece to the puzzle, Amazon bought Shoefitr (for an undisclosed price). Shoefitr’s online shoe fitting technology has improved the customer buying experience and cut down on returns.

Amazon had for years been building a new market for itself with online grocery sales. But when it bought Whole Foods for $13.7 billion in 2017, the deal gave the company a key element it needed to succeed: a nationwide layer of physical infrastructure.

One factor that separates market makers’ research and development activity from that of other organizations is the sheer scale. Amazon and Google’s parent, Alphabet, topped the list of U.S. companies’ spending on R&D in 2017 at $22.6 billion and $16.6 billion, respectively. Other companies that also spend billions fail to attain similar levels of success.

The fact is, a large R&D budget doesn’t always translate into big investments in innovation and new markets. In many organizations, most R&D is aimed at adding incremental features to existing products or portfolios. The funds for creating new markets, often shunted into a special projects category, are typically far too small to move the needle. Market makers set their R&D priorities differently.

Consider Amazon Web Services (AWS), which began when there was no market for cloud computing. Skepticism abounded. In the fall of 2008, Oracle CEO Larry Ellison called cloud computing a fad. But Amazon’s leadership saw that in an era of unlimited bandwidth, computing power, storage, and applications could become utilities.

The company invested heavily in developing cloud computing, and in 2006 it released EC2, which later became AWS. Cloud computing today represents a vast, rapidly growing market. Amazon’s early and sustained R&D has given AWS a dominant position, and some $20 billion in annual revenues.

A Culture of (Re)Invention

Following an age-old pattern in the corporate environment, an innovative organization achieves success with a new business model and new processes to support it. After a growth spurt, the company matures. It institutionalizes its once revolutionary processes, focusing on control, predictability, and refinement of successful models.

That focus, combined with sound management, can keep a company growing steadily for years with respectable shareholder returns. It’s not, however, an approach that leads to rapid growth and high stock market multiples. On the contrary, it often produces a risk-averse culture that emphasizes protecting existing markets at the expense of creating new ones.

Market makers, by contrast, embrace risk, tolerate failure (so long as they learn from it), and continually spend M&A and R&D dollars to create demand where none presently exists. They cultivate a workforce composed of people with diverse backgrounds and skill sets, who reflect the rapidly changing and expanding population they serve. This enables them to better understand and anticipate the needs of the broadest possible audience. These companies don’t just invent new products. They reinvent themselves and swiftly adapt to a rapidly changing world.

Amazon, for example, could have rested on its laurels, first as a dominant bookseller, then as a dominant e-tailer. Instead, it has expanded into cloud computing, physical grocery sales, and, more recently, pharmaceutical retail with its $1 billion deal to buy PillPack. Similarly, Google could have restricted itself to its highly profitable search engine. Yet with Android, it created a new digital platform.

Sometimes a great deal on its own opens up a new market. In some instances, smartly deployed R&D is enough to create an entirely new revenue stream. But market makers make a practice of combining deals and R&D, and nourishing them with a culture of reinvention.

Google has been highly skilled at making frequent, often small deals that provide new capabilities in an immature state. The company then grows these capabilities by integrating them into its own R&D efforts to create and develop new markets.

Google once tried and failed, for example, to build its own video-sharing business. Google Videos flopped. Then, in 2006, the company bought YouTube for $1.7 billion. Several analysts believed the company had overpaid. At the time, sharing videos was far from established as a profitable business model.

But Google was able to integrate YouTube with the new ad-targeting and sales capabilities that its internal R&D efforts produced. The result was a new market, which is estimated to provide the company with $4 billion in revenues in the U.S. alone.

Similarly, when Google acquired Postini in 2007 for $625 million, it added security and compliance capabilities to augment Gmail, which the company had developed internally.

With each of these deals, instead of purchasing established businesses or revenue streams, Google gained capabilities and technologies that it could enhance with the results of its own R&D. It then either incorporated these capabilities into markets it had created, or used them to help develop entirely new markets.

Amazon has also successfully married M&A with R&D. Since building its first online marketplace in 1995, it has used deals and homegrown innovation to develop it.

To support its own logistics R&D, for example, Amazon bought Kiva Systems, a warehouse robotics company, for $775 million in 2012. In 2018, it acquired Ring, a manufacturer of smart, camera-equipped doorbells, for $1 billion. Ring complements Amazon’s own delivery system, because its smart doorbells enable customers to see who’s at the door on their mobile phone. Customers can interact with delivery agents even when they’re far from home. This capability should make users more comfortable accepting deliveries from Amazon even when they’re out of the house. That, in turn, could help Amazon draw value from its purchase of Whole Foods, because it may enable more home deliveries of perishable groceries.

Why don’t all enterprises use deals and R&D effectively to assemble and create new markets? The problem isn’t a lack of activity. PwC’s 21st CEO Survey, for example, shows that 69 percent of U.S. CEOs expected to participate in M&A activity in 2018, up from 55 percent a year earlier.

But much of this M&A activity seeks to add a related product, service, or brand to an existing portfolio. Few deals are part of a strategy to assemble multiple acquisitions and join them with internal R&D to create a new market. Similarly, most R&D aims at consolidating existing positions and taking advantage of an adjacency, not at inventing a wholly new revenue stream.

It’s true that sometimes companies try to buy a dominant position in a new, fast-growing market. Yet many of these acquisitions fail to meet expectations. And that is often because the acquiring company lacks the aggressive, visionary approach that made the target company so successful. As a result, the once fast-growing startup becomes just another cog in the wheels of a slowly growing giant. For these organizations, the missing element is usually the right culture. To produce outsized returns on an ongoing basis, companies need a culture of continual reinvention and self-challenge.

Just having brilliant R&D, the ability to make smart deals, or a culture of risk taking and innovation alone can spur growth. But when the three components are combined, they can lead companies to create profitable and fast-growing new markets. In the process, they can produce the type of persistent rapid growth and attractive stock market multiples that lead to immense value creation.