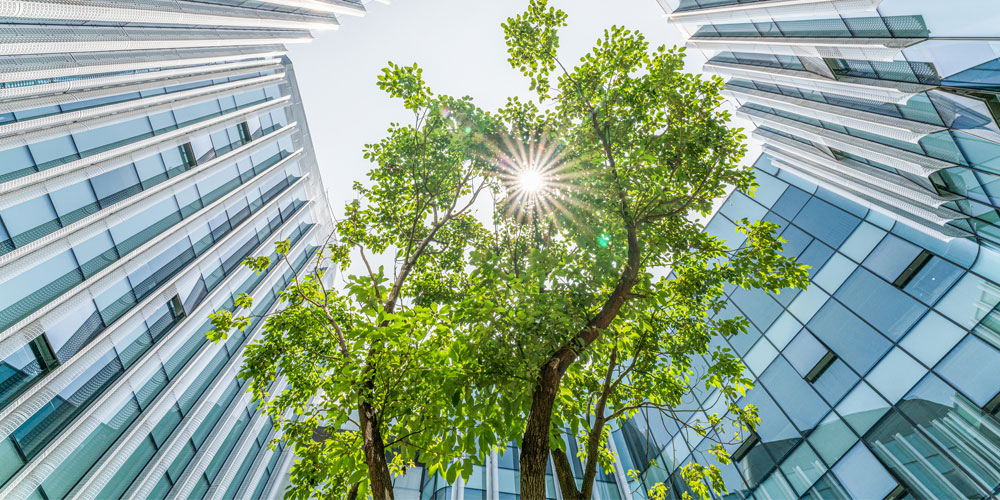 Decades in the making, with a cast of characters including investors, activists, and international bureaucrats, the story of ESG has all the hallmarks of a classic coming-of-age tale. What started out as a way to measure the environmental, social, and governance performance of a company for the purposes of gauging risk is now a major force driving business strategy. The gangly teenager in the corner that few took notice of is now moving to center stage.

Indeed, 2020 was a big year for ESG. Data research firm Morningstar identified 253 investment funds that switched to an ESG focus during the year, 87% of them rebranding in the process. In the fourth quarter of 2020, ESG funds accounted for €100 billion (US$120 billion) of new money.

Have we reached a plot point—that moment in a drama when the action takes a turn?

The focus for some is on the limits of ESG and the E in particular: how much can really be achieved by voluntary disclosure? It is possible that the pace of change on environmental issues lags too far behind the onward march of our degrading biosphere. Worse still, skeptics say, companies may just be hiding behind the moniker of ESG. The naysayers warn that the movement is misaligned with society’s goals, because it will seem like a box-ticking communications exercise, and that it is distracting companies from taking more meaningful action.

According to Tariq Fancy, the former sustainable investing CIO at BlackRock—the world’s biggest asset manager, overseeing around $7 trillion—as quoted in the Guardian, “In many cases it’s cheaper and easier to market yourself as green [than to] do the long-tail work of actually improving your sustainability profile. That’s expensive, and if there is no penalty from the government, in the form of a carbon tax or anything else, then this market failure is going to persist.”

The problem stems from the definition of ESG itself. Kenneth Pucker, advisory director at Berkshire Partners and former COO of Timberland, wrote in the Harvard Business Review that “reporting is not a proxy for progress” and argued that society needs to move far beyond the current system of voluntary disclosures and toward changes in regulations, investment incentives, and mindsets. To help establish the scene for that next act, it helps to understand the backstory.

Socially responsible investing (SRI) emerged from social movements in the 1970s, when groups such as the Quakers pioneered the notion that one could connect the dots between morals and money. During the 1980s, social movements drove awareness of business’s shortcomings, calling out companies that helped prop up the apartheid regime in South Africa or contributed to environmental degradation and human slavery.

Corporate social responsibility (CSR) became the shorthand used at the United Nations and elsewhere to signal to institutional investors that due diligence had become more comprehensive. This led to the idea of materiality: what is it that businesses do or carry on their balance sheets that is going to be relevant to investors? ESG is the next iteration, expanding the definition of what is material to include a host of nonfinancial concerns.

In 2004, former UN Secretary-General Kofi Annan wrote to more than 50 CEOs of major financial institutions, inviting them to join a UN-led initiative to find ways to integrate ESG into capital markets. Two key reports were published making the case that embedding ESG factors into investing made good business sense and would lead to better outcomes for societies, demonstrating that ESG issues matter for financial valuation.

Those reports paved the way for the launch of the Principles for Responsible Investment (PRI) in 2006 at the New York Stock Exchange. Today, the PRI brings together more than 1,600 members representing in excess of $70 trillion in assets under management. As Jérôme Tagger, CEO of Preventable Surprises and employee number two at PRI, recalled: “The smart tactical thing that the PRI did was to go to the top of the food chain, which is the pension funds and asset owners, and ask them to make ESG investments a market requirement. And because the bar to become a PRI signatory is fairly low, everybody becomes a PRI signatory over time.”

Once the UN had named the field, made the case, and created a space for engagement, it was time for the hard work of developing the “how” of responsible investment. How to gather the data, how to make sense of it, what tools to use—all of these were early challenges that persist to this day.

“ESG integration is predicated on the idea that if ESG is material, then it will drive investment decision-making,” said Tagger. “But ESG is mostly not material. Materiality does not account for negative externalities.” That, however, is now up for debate. He noted that the European Commission is working on defining the idea of double materiality—that is, what’s material for the company (the value of its oil reserves, for example) and what’s material for the rest of the world (reducing carbon emissions, for example, or eliminating modern slavery).

Indeed, greater transparency with respect to material ESG issues will increasingly affect asset values and access to capital in high-risk sectors, according to the Moody’s global ESG outlook for 2021. “A growing landscape of sustainability standards and disclosure requirements through the financial and corporate systems will expose financial flows to greater scrutiny and oversight,” the report said. “We expect this to start having greater influence on investment decisions at all levels, from banks to asset managers to consumers.”

For now, there is no transparency in how rating organizations compile ESG scores, making it harder for investors to compare ESG scores or understand how they are calculated. This opens a Pandora’s box of variables, which makes the assessment exercise complicated. ESG ratings providers use their own unique methods, and companies are assessed on the basis of the data they provide and what their peers are doing.

For now, there is no transparency in how rating organizations compile ESG scores, making it harder for investors to compare ESG scores or understand how they are calculated.

Take the ESG scores created by Refinitiv, for example: mining company Glencore has one of the top five ESG scores in the FTSE (Financial Times Stock Exchange) 100. That score is based on self-reported data from Glencore, and the more data Glencore produces compared with its peers, the better its ranking. Or consider UK fashion retailer Boohoo, which earned a double-A ESG rating from US finance company MSCI. Despite this seeming stamp of approval, last year it was hit by a labor relations scandal related to poor pay and working conditions.

In a recent article in USA Today, Fancy wrote: “In truth, sustainable investing boils down to little more than marketing hype, PR spin, and disingenuous promises from the investment community. Existing mutual funds are cynically branded as ‘green’—with no discernible change to the fund itself or its underlying strategies.” Another critic is Ralph Thurm, cofounder of r3.0, a nonprofit sustainability platform, who wrote in a recent article that the current ratings “only tell us who is best in class of those that say that they became less bad.”

We’re back at the plot point. “In the past ESG had been a box-ticking exercise, but it didn’t practically have implications for investment decision-making and managing investments,” said Rupesh Madlani, cofounder of Global Sustainable Capital Management, a dedicated impact investment asset manager based in London. Now it’s becoming more than that: a proxy for how markets and societies are changing and how concepts of valuation are adapting to those changes. In that light, we can see clear progress. “The E was really well understood [by investors], but what wasn’t so well understood was the S and the G. Social factors are much better appreciated and understood today. I think the understanding of G has also improved. In the past, trying to assess terms of reference, or types of committees, or incentive structures, was not easily quantified and appreciated,” said Madlani.

As the field matures, concerted efforts are underway, particularly in the EU, to create regulatory arrangements that will crack down on greenwashing, to promote more transparency, to harmonize classification of what’s green and what’s not, and ultimately to direct more capital flows toward the delivery of the European Green Deal’s agenda to tackle climate change. The EU Sustainable Finance Disclosure Regulation took effect in March, and it requires financial institutions to disclose how they assess sustainability risks. The hope is that these regulations will improve transparency and crack down on greenwashing. Products labeled as ESG compliant will have to provide proof to back up their claims.

Similar efforts are afoot globally. China’s central bank governor recently said that China was working with the EU to push for greater convergence of taxonomies of green finance and investment. And the US Securities and Exchange Commission is currently drawing up plans for ESG oversight.

But the bigger question, the one that Fancy and other ESG critics are focused on, is still unanswered. The original goal of ESG scrutiny from an investor’s standpoint was to help manage financial risk, not to promote long-term sustainability goals. So, if and when ESG reporting is standardized, will it actually promote a more sustainable future for generations to come or just give investors more oversight of their risks?

“There’s increasingly an understanding that all these issues need to be regulated, and much of our future hinges on our capacity to agree on this, develop the right governance, and for investors and companies not to be in the way of these changes,” Tagger said.

Right now, ESG is still used as a risk management tool, and it is hampered by a lack of common standards, which leaves it wide open to be instrumentalized as greenwash. It is not designed to deliver a sustainable economy and society—even though many investors and society at large hold this expectation. But hopeful signs hint that we may be moving toward agreeing on a new globally accepted framework for sustainability reporting. A critical mass of standard-setting organizations have rallied behind a World Economic Forum–led endorsement of the International Financial Reporting Standards (IFRS) Foundation’s work in this area. Asset managers will continue to moan about the exponential increase in paperwork, but if everyone with a stake in the investment community rallied around a single standard, it would be a huge step: a new, potentially transformative star is born.